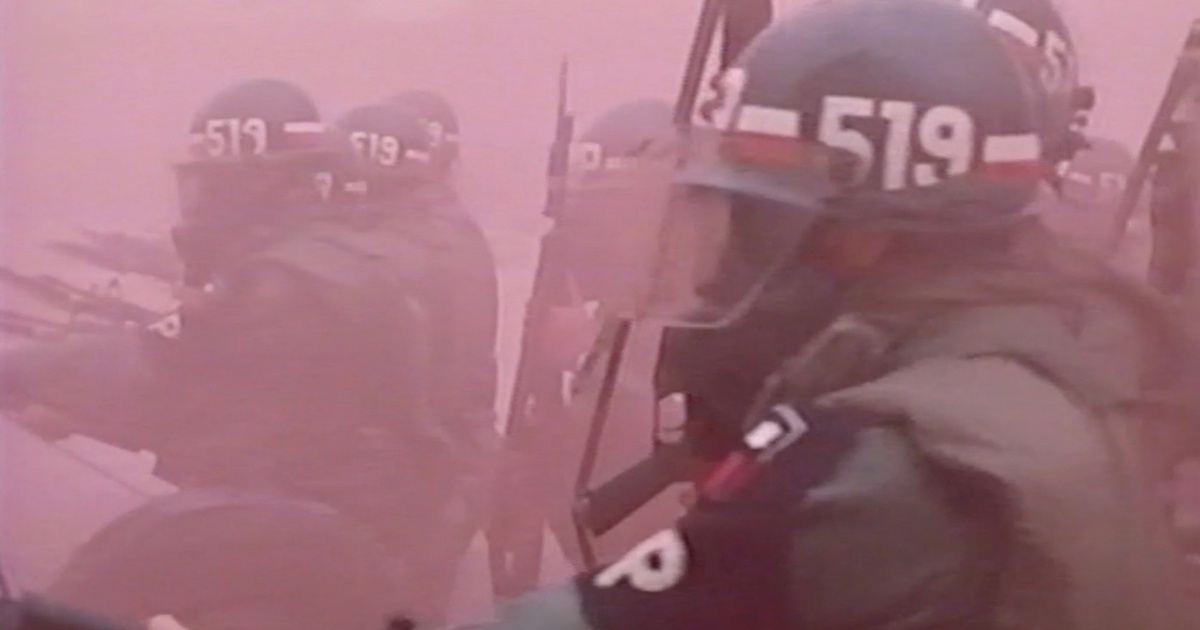 Few up and coming documentary filmmakers have made more of a name for themselves than director Sierra Pettengill. A proprietor of the “archival” documentary style, Pettengill’s films have been uniformly about American history as told through footage shot during the time period being discussed. Features like The Reagan Show and shorts like the incredible The Rifleman find the filmmaker using the language of the times to comment not just on them, but the subsequent decades that followed.

And now, premiering at this year’s Sundance Film Festival, is the director’s latest, and arguably her most accomplished.

Entitled Riotsville, USA, Pettengill once again goes the archival route, this time sending viewers to 1960’s America where protests and riots were taking the streets by storm in response to continued political and racial injustices, particularly done onto marginalized communities by militarized police forces. More specifically, the director uses material created either for broadcast or by the US military, chronicling this time period and the rise of military-built model towns called Riotsville, where the military and police departments could train.

As that logline may hint, the power of the film comes not from seeing the material specifically. No, instead the film’s brilliance is its textured and nuanced retelling of this time in a manner that firmly roots it in similar conflicts seen in modern America. Pettengill’s hand is deft here, drawing connections to cultural discourse seen beautifully through a series of archival interviews originally airing on public broadcast TV all the way to things like the Kerner Commission, a group of politicians brought together by then president Lyndon B. Johnson to get to the root of the “outside aggressors” the President was sure were behind the riots. Despite being just 90 minutes in length, the film is startlingly dense and thoughtful, yet with a fantastic score and some powerful narration has a distinct approachability to it.

That said, the archival footage is itself an absolute knockout. Perfectly edited into a provocative piece of political scholarship, Riotsville draws from a vast library of material of varying scopes. Opening on shots of a “Riotsville,” the film instantly has an otherworldly, almost experimental energy to it, with each new sequence set there carrying with it an increasingly surreal atmosphere. Set opposite it are sequences of people at home talking about a President’s address, reporters interviewing politicians and more, all culminating in a PBL performance of “Burn, Baby, Burn” by artist Jimmy Collier. This sequence, coming about 50 minutes into the film, is an absolute lightning bolt of a sequence, having just followed arguably the film’s most intense segment, and feeling less like a performance from nearly 60 years prior and more like a cry for revolution from today. And then it ends with a title card stating that the station closed following complaints of “political bias” and the removal of funding from the Ford Foundation.

And therein lies the film’s greatness, made manifest. While the footage of that performance would have power regardless, being set opposite the montage it was placed after and being the last PBL-produced thing viewers see before being told about the network’s fate, it becomes all the more rebellious and revolutionary. A masterclass in cinematic editing, there are touches of Cold War paranoia cinema here, mid-century horror and social justice documentary, all wrapped up into a singular, endlessly captivating time capsule of a moment this country is repeating as we speak. An essential piece of modern political art.