When trying to think of a worthy title for the second installment in the For Criterion Consideration series we have started here at The Criterion Cast, one name that kept springing to mind that is a worthy director in the collection is Mr. Robert Altman. It is no surprise that we are all fans of the Altman, having already covered his fantastic film Short Cuts. Being that he has three other films in the collection (Tanner ’88, 3 Women and Secret Honor), he is a prolific film maker that has many other aces up his sleeve (such as Nashville and Gosford Park).

This entry is about his underrated 1973 film, The Long Goodbye. Based on the 1953 novel of the same name by Raymond Chandler, it is a wonderful film noir adaptation, at a time when film noir wasn’t in the public’s eye anymore. Philip Marlowe, the great protagonist from Chandler’s novels, is played by Elliot Gould, who once again is thrust into what is believed to be an ‘open and shut’ case, which of course he sees more than the police who should be doing their job.

Written by the fantastic Leigh Brackett, who wrote such classics as The Big Sleep, Rio Bravo, El Dorado and The Empire Strikes Back, she weaves a dark and seedy tale, transplanting the original’s story in the decadence of the 1970’s. As Daniel O’Brien says in his book, Robert Altman: Hollywood Survivor, the film is “a study of a moral and decent man cast adrift in a selfish, self-obsessed society where lives can be thrown away without a backward glance … and any notions of friendship and loyalty are meaningless.”

The film satirizes Hollywood stereotypes in her script, with the song “Hooray for Hollywood” opening and closing. With Altman directing one of his favorite actors to work with, Elliot Gould (who wasn’t the original choice, which was going to be Lee Marvin or Robert Mitchum), Gould exudes the charm and cockiness that Philip Marlowe is all about. He smokes cigarettes throughout the film, being the sole smoker in California, which is known for its health consciousness. I love that little facet of the character.

The film also ends the way most classic film noir ends, where you are shocked but want to talk about it with anyone who loves a shocking and fulfilling ending. We also have amazing performances by Sterling Hayden, Nina Van Pallandt and Jim Bouton. We even have an uncredited Arnold Schwarzenegger as an unnamed henchman. We have a stirring score by John Williams that I wish I could get a copy of on CD.

It’s a great take on the film noir, 20 or so years after the genre was at its peak, and I think that’s why this film fits perfectly in the collection. It’s a film that is ripe for rediscovery from cinephiles and something that most people I know have never even heard of, even when they’ve heard of Robert Altman himself. The film is now out of print, an MGM release, which just makes it hopefully available for the Criterion Collection.

The MGM release is actually a good release too, so if Criterion could get those special features, that would be amazing. We have a featurette with Robert Altman and Elliot Gould called “Rip Van Marlowe”, “Vilmos Zsigmond Flashes The Long Goodbye, radio spots and the original theatrical trailer. If Criterion got their hands on this film, I can personally see a commentary with Elliot Gould, a documentary about Raymond Chandler’s influence with the whole ‘private eye’ character in film, retrospectives on both Robert Altman and Leigh Brackett, the reprint of the American Cinematographer article from 1973 and an essay by an esteemed critic that Criterion does so well in their booklets.

The point of this article is to get notice to films that might have some fans but are forgotten by most. The Criterion Collection is a continuing series of classic and contemporary films, and I believe this film fits that criteria. A strong central character, twists and turns, Altman making some interesting films in this era, and a genre in film noir that fits in with the collection. So Criterion, please take a serious look at this and consider it. A film that is part of a director’s legacy and an author who helped change the ‘hero’ character in film from the 1940’s onward. I’ll end this article as Philip Marlowe would say it, “Nothing says goodbye like a bullet…” 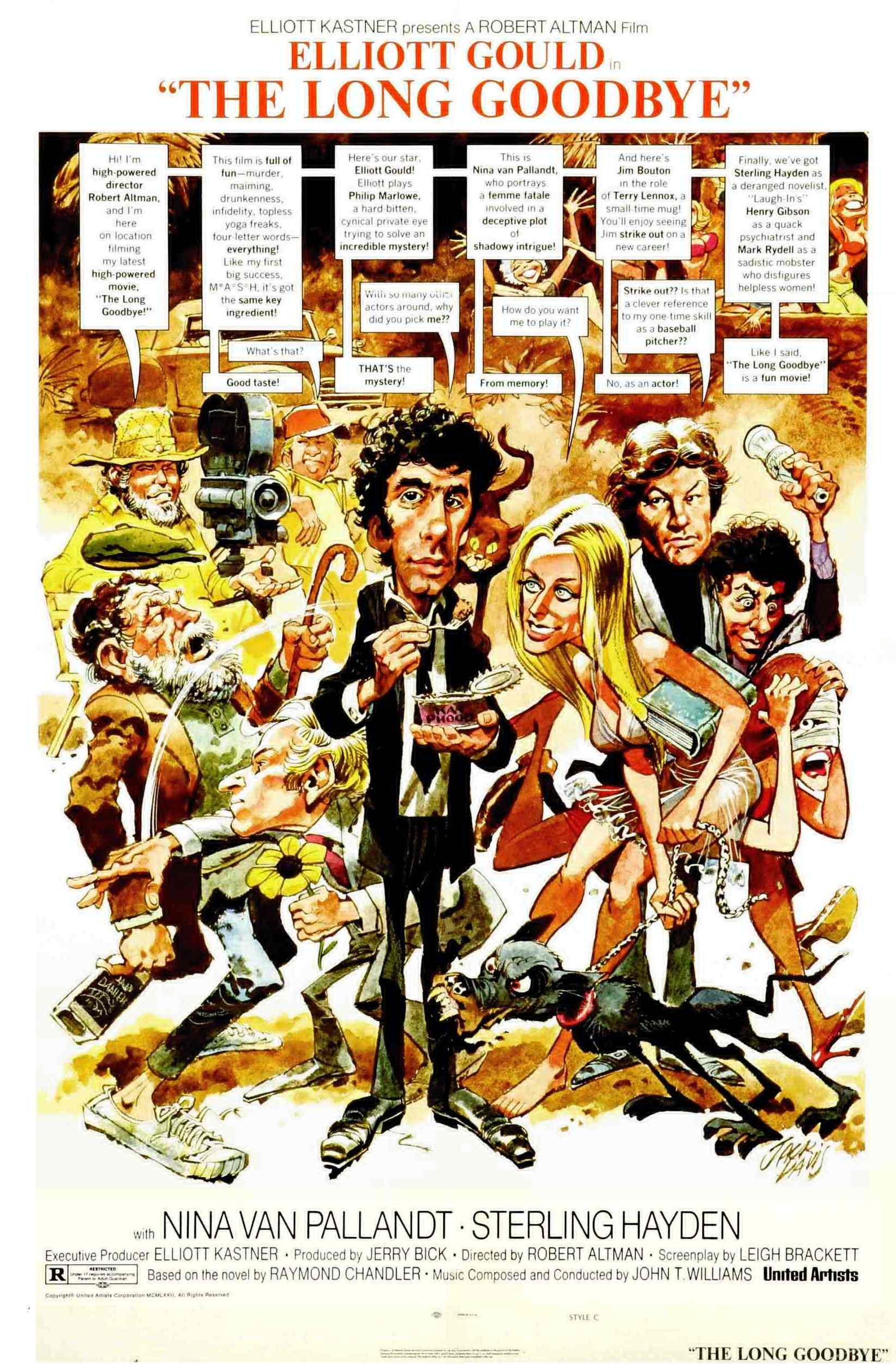