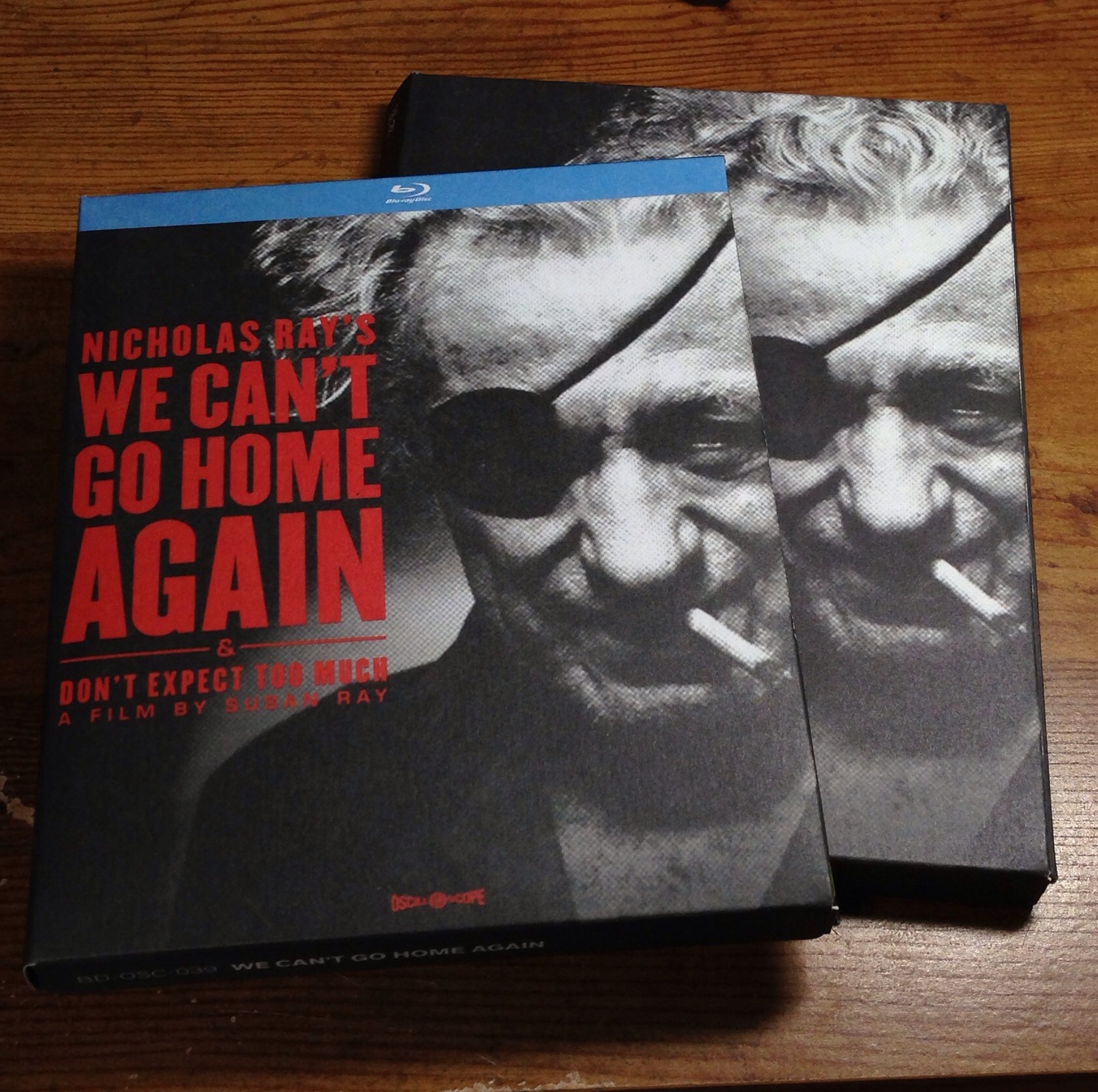 To help celebrate the release of Nicholas Ray’s We Can’t Go Home Again on DVD and Blu-ray, we’re partnering with the wonderful folks over at Oscilloscope Laboratories to give away two copies of the DVD and two of the Blu-ray.

All you have to do to get your name in the running is leave a comment below, describing why you love Nicholas Ray. I’ll pick the four random winners on Friday, November 16th at 4pm (Pacific time).

The release is fantastic, and includes a number of great supplements:

You can order the DVD and the Blu-ray from Amazon, but if you really want to support Oscilloscope, you’ll get yourself a membership to their Circle Of Trust program. It’s a great deal and goes to a company that we all love supporting.