Time To Subscribe To Hulu Plus, Criterion Just Uploaded A Ton Of Unavailable Films And Upcoming Releases

I know that I just wrote a post, celebrating the fact that Criterion had finally decided to add something new to their Hulu page. I was all set to go to sleep, when I started going through some of my RSS feeds, to discover that Hulu just updated the Criterion page with even more films! I’m not quite sure if this is all that we’ll see in the next day or so, but given the sheer number of films updated just a few minutes ago, I think something big is in the works.

As I’m going through this list of titles, I’m realizing that many are NOT CURRENTLY AVAILABLE IN THE COLLECTION. Here is a list of what I gathered straight away, based on memory, and which titles sounded strange. In this list, you’ll notice lots of the Chaplin films that Janus has the rights to, that we’ve speculated will hit the Collection.

A King In New York

Hullabaloo Over Georgie and Bonnie’s Pictures

I Was A Teenage Zombie

The Four Feathers (hinted at in the 2010 Wacky New Years Drawing!)

The Cars That Ate Paris

Madadayo (available only in the AK100 box set)

The Spy In Black

In my last post I mentioned that I had canceled my Hulu Plus subscription, but if Criterion is going to put up more of their films on there, I might resubscribe. Could this be Criterion’s plan for a new way of distributing films that they don’t have the time or supplements to fill a DVD or Blu-ray release? That was essentially the thought process behind creating the Eclipse Series, but now that people are consuming so much content online, perhaps Criterion sees the writing on the walls, and wants to get people excited this way? I’d imagine that with some of these new titles, if enough people show interest by watching the films with the ads (which will directly help Criterion, FYI), then they might take the time to create a physical release for folks.

I’m sure Criterion will make an announcement in the morning about this recent change in their digital distribution strategy, but I thought you’d all like to know about this as it happens.

Here are some screenshots of what has just been added, as of midnight. I’m sure that when I wake up, things could be different: 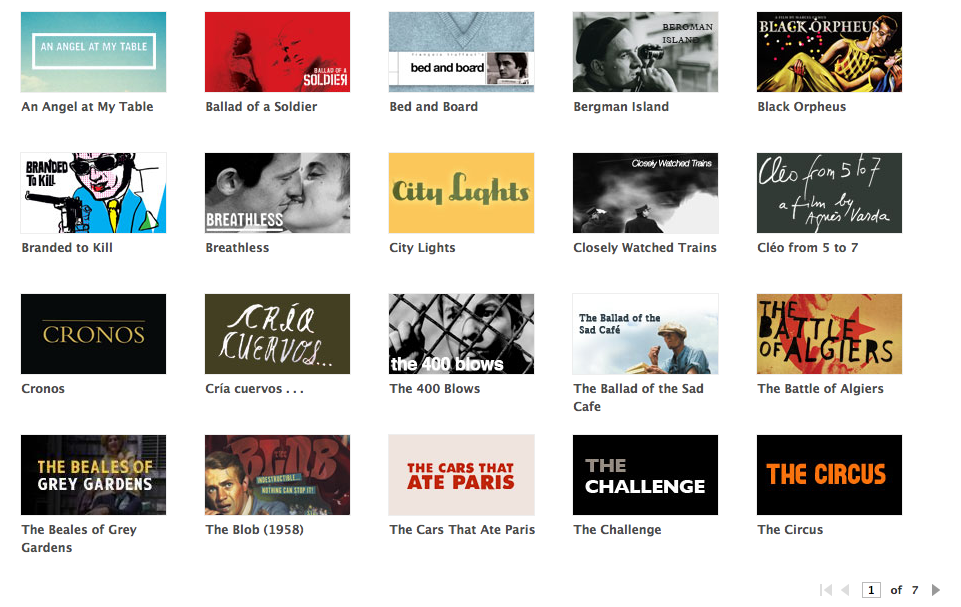 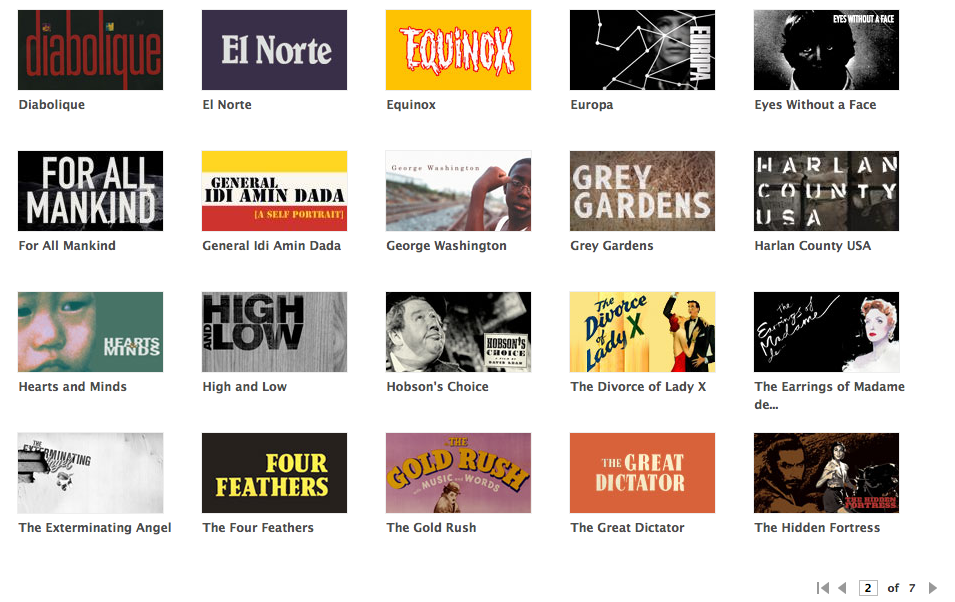 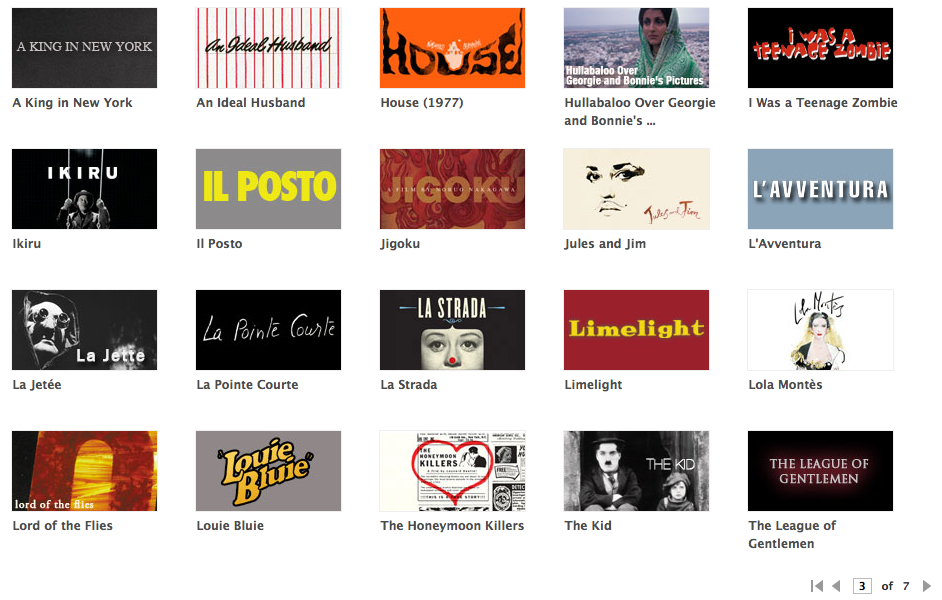 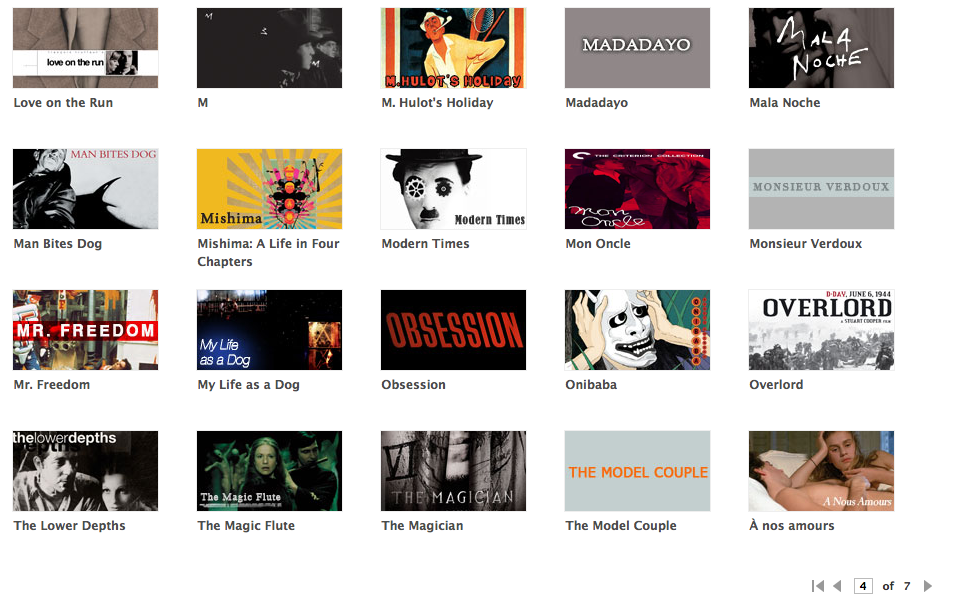 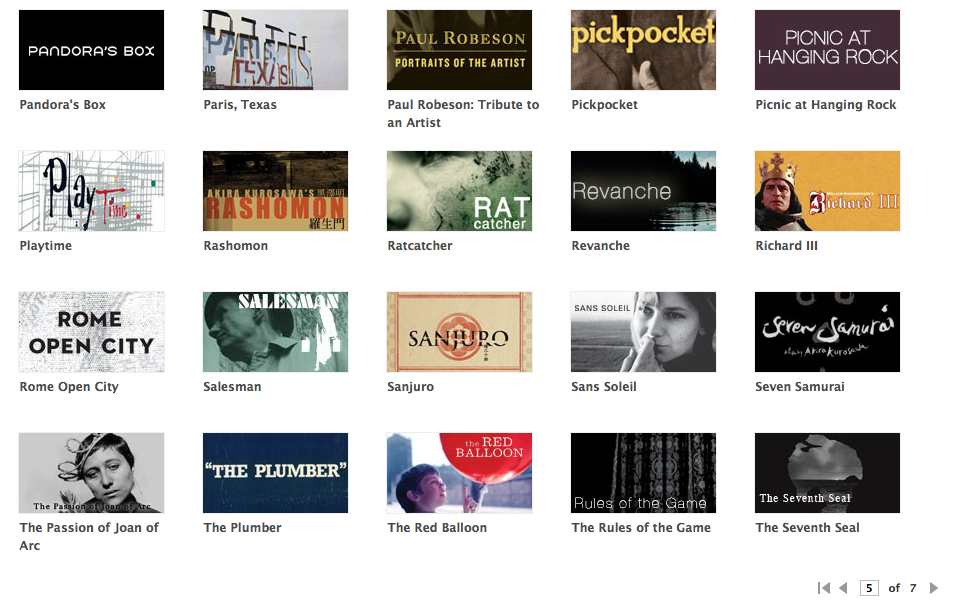 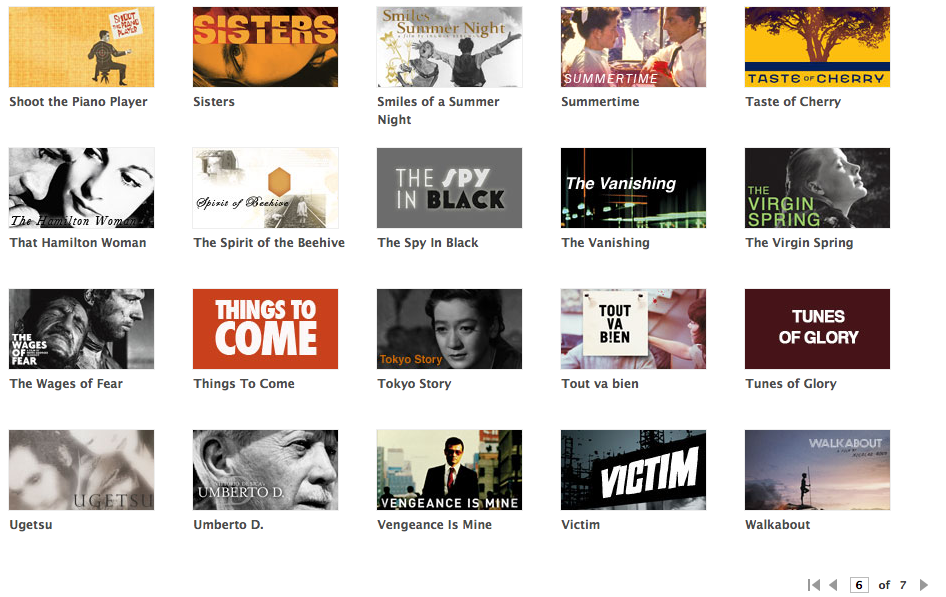