We’ve lost a classic star, one that was almost too good to be true. She had brains and beauty in copious amounts, and film fans loved her every moment she was on screen. Not going to go into any of the ill will people threw upon her, this isn’t about any of that. This is about the legend Elizabeth Taylor and what she meant to us, movie lovers the world over. Of course this isn’t a definitive Top 10. This is mine, but I would love for anyone and everyone to contribute their own entries that they would pick instead. 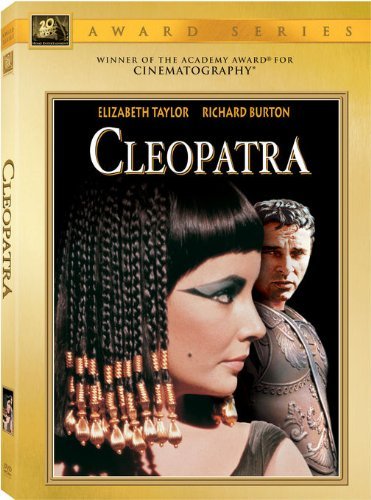 This was the film that introduced me to Elizabeth Taylor at a ripe young age of 5. Once she came on the screen, I was in love. Taylor was probably the earliest crush I could remember having (besides Drew Barrymore in E.T.) and I just couldn’t take my eyes off of her. Cleopatra is of course one of Hollywood’s huge epics, and I just love those films as well. The older I’ve gotten, the more I prefer Spartacus or The Fall of the Roman Empire, but this was the start of my love affair with Taylor’s films and with the grand old Hollywood formula. Also was my introduction to Richard Burton and Rex Harrison, who I still have man crushes on to this day. 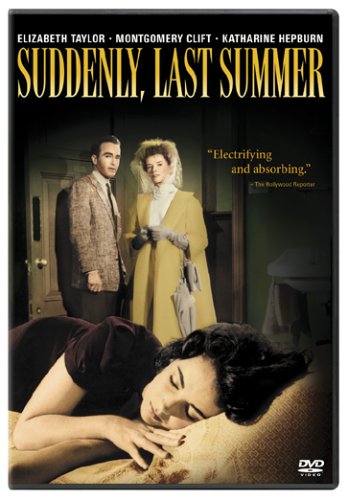 One of a few Tennessee Williams’ penned big screen versions of his plays, Suddenly, Last Summer has all the melodrama you’d hope to find. But as opposed to other films, this one is a murder mystery with a grave consequence for Elizabeth Taylor’s character. With fantastic turns by Katherine Hepburn and Montgomery Clift, it’s an engaging thriller which never fails to let down. Seek it out. 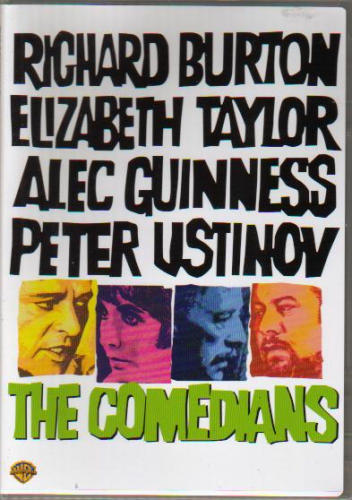 “They lie, they cheat, they destroy… they even try to love.” When I read that tagline for this film, I had to watch it. And when it popped up on Netflix Instant, it was a done deal. And I was seriously blown away by the film, which Taylor almost didn’t get (Sophia Loren was the shoe in). Again starring alongside Richard Burton, it tended to always be a match made in heaven and they light up the screen with their affair that they are having. It’s not a happy go lucky film, instead showing Haiti hurtling toward barbarism during Papa Doc Duvalier’s regime. It had my attention right away and is became one of my favorites this past year. Alec Guinness and Peter Ustinov, as usual, are exceptional. 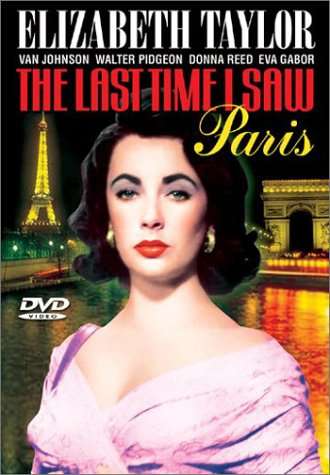 Wonderfully directed by Richard Brooks (of Blackboard Jungle and In Cold Blood fame, The Last Time I Saw Paris is a case in love and heartbreak and just brings a tear to your eye if you have a heart at all. It tells the story of Charles (Van Johnson) who goes back to Paris to reminisce about his time spent there, after the liberation and where he met two sisters, Helen (Elizabeth Taylor) and Marion (Donna Reed). Based on a short story by F. Scott Fitzgerald, it’s a film I go back to watch every so often, always wishing a Criterion edition will come out one day. 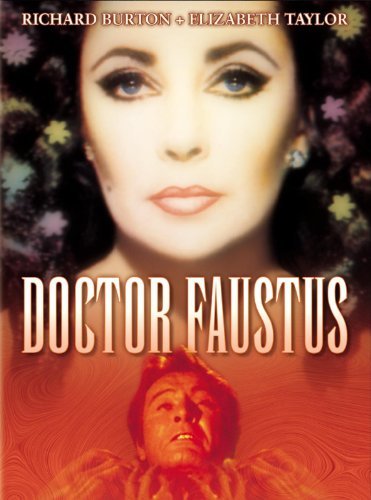 Once more, we have the power couple of Taylor and Burton, this time in a film adaptation of the classic play The Tragical History of Doctor Faustus written by Christopher Marlowe. Burton plays the title character, who sells his soul to the devil for power, knowledge and love. Doctor Faustus was indeed a vanity project for Burton, who directed as well and performed this stage production at the Oxford University Dramatic Society. It is indeed a difficult film to categorize and many people trashed it when it first came out. Even today, the film still gets a lot of knocks but I see it as an interesting project of a controversial play. Elizabeth Taylor is Helen of Troy, briefly in it as a silent cameo, but she makes a lasting impression. If anything, Andreas Teuber stole the show as Mephistopheles, halfway man to Lucifer and Faustus. 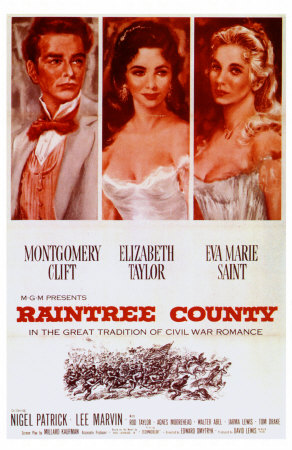 When I mention this film to most, they don’t remember it. Which is a shame. To most, the Civil War film of choice is of course Gone With The Wind, but Raintree County is a proper film that deserves some new viewing from the public. Montgomery Clift almost died during the filming in an automobile accident, but came back to film the rest of it. Elizabeth Taylor is radiant as Susanna Drake and was nominated for the Academy Award (one of her 5 times) and deserves the accolade. It is another MGM release that has been out of print for years since the VHS days. So, either Warner Bros. or Criterion, release this film now. 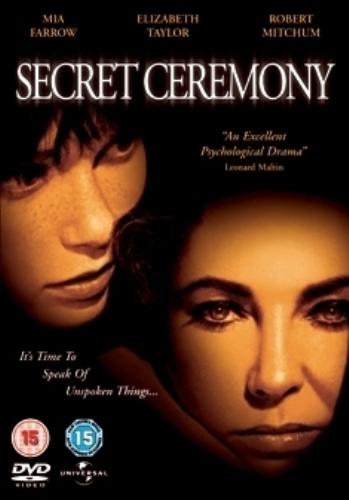 Here’s a seedy yet campy film in Taylor’s career. She plays a prostitute who is destroyed after her daughter has died but finds a new daughter in Mia Farrow’s lonely young gal. They form this bond and everything is going fine until Robert Mitchum, Farrow’s stepfather, steps in and tragedy is at a head. A film that has been trashed, I can’t help but love this film and the way it looks. Very Art Nouveau, it gets a lot of hate for reasons I can’t fathom. It has a bit of tackiness to it, but I think it’s all intentional and it works as a study on these character’s lives. Another one which is out of print. 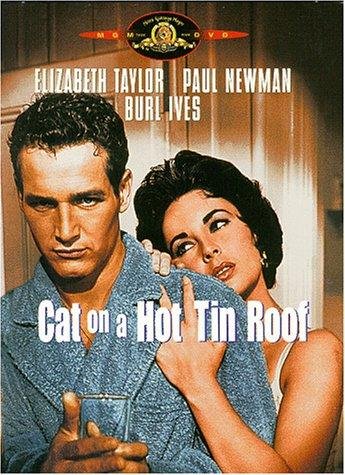 Another Tennessee Williams’ play, this time his personal favorite, Cat On a Hot Tin Roof is still an electrifying piece of cinema, even though Williams found it a ‘tamed down’ version. Even then, it has this intense duo of Taylor and Paul Newman and just showing a man trying to relive his past glory but instead getting hurt and feeling old because of it. He uses alcohol to help with the pain and torment, and his dad’s impending death from cancer. It’s heartbreaking and we see this family unraveling in front of us and it just works every minute. Burl Ives is amazing as Big Daddy. Little tidbit: Elizabeth Taylor got sick during the filming and didn’t take a plane with her husband Mike Todd, which crashed and killed everyone. Heartbroken, she continued with the film and you can see that pain in her performance. I look at this film as a weird turning point in her career, personal and professional. 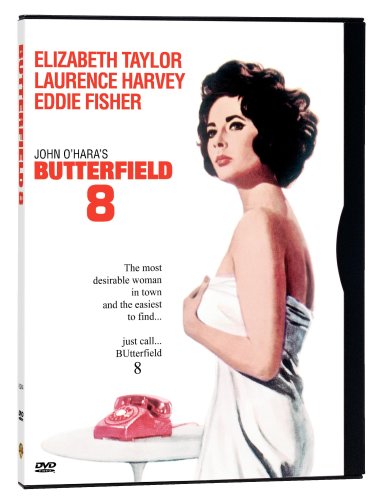 This was the film, at 28 years old, that won the Oscar for Elizabeth Taylor the first time. Based on the novel by John O’Hara, it tells the story of Gloria Wandrous, a beautiful fashion model in NYC who starts to have an affair with married man Weston Liggett (Laurence Harvey). She starts to have regrets and wanting to change her life from what she’s become. What’s the most interesting is re-watching the film now, Elizabeth Taylor is carrying Laurence Harvey throughout this film, where we see no chemistry whatsoever. But for Taylor’s performance alone, it’s breathtaking seeing her light up the screen with such ease. Another one that is out of print, it is an interesting film showing Taylor’s range as an actress. 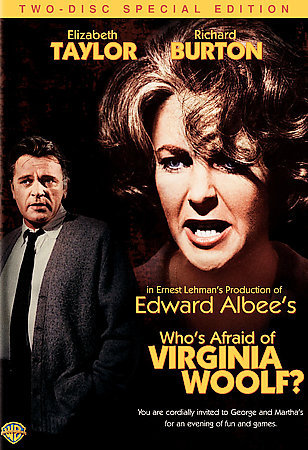 I think the most proper way to end this list is with not only my favorite but many others favorite Elizabeth Taylor performance, with her perfect acting partner and lover, Richard Burton. Directed by Mike Nichols and being the only film to be nominated in every eligible category during the Academy Awards. Taylor won her second for this role, and it is well deserved. A Man For All Seasons won most of the awards that year, but it doesn’t diminish this film’s impact. It tells the story of a bitter aging alcoholic couple who uses a younger couple to make their hurtful game keep going. A film with only 5 actors, it is a showcase for them all. We also have fantastic turns by George Segal and Sandy Dennis (as the young couple), they see the descent of this couple and as an audience, we hope it won’t happen to them as well. An amazing film and is a wonder to behold.