Well folks, a day we have been anticipating, is upon us. Late last year the Criterion Collection announced that they would be releasing one of their larger, most comprehensive box sets collecting almost all of Akira Kurosawas film. Almost all? The huge hole in the collection was his 1985 samurai epic, Ran. Previously available as a two disc Criterion edition, the films rights mysteriously went to Lionsgate, under their “StudioCanal Collection.” Lionsgate soon released images of their three initial releases under this new banner: The Ladykillers, Ran, and Jean-Luc Godard’s Contempt (Le Mepris). Contempt was another double disc Criterion release that many hold to be among Godards best.

A few weeks back we learned that Criterion would soon lose the rights to many other their films which were owned by StudioCanal. Included in this announcement was the shocker that they would lose Jean Renoir’s Grand Illusion, Criterion Collection #1.

Today, February 16th, Lionsgate is releasing the first of this StudioCanal Collection Films on Blu-ray. If you are interested in seeing a breakdown of the packaging for the films, check out this previous post.

Finally, check out this trailer that StudioCanal recently uploaded to their YouTube page, showcasing several of their films that will be released on Blu-ray. I am assuming that this video is not specific to the films that Lionsgate will be releasing. Actually, I’m hoping that these are not all going to be on Lionsgate Blu-ray, since several of the films mentioned were not a part of Criterion’s Out of Print announcement.

Several years back, in San Diego, I was treated to a theatrical screening of Ran, in the middle of several weeks of Kurosawa Films that were restored. While I was in cinematic heaven, several of the people I had convinced to come along with me did not enjoy film, mostly due to the films length, and the theater’s uncomfortable seating.

To really understand what Lionsgate did for this Blu-ray release, I took the time to really compare them myself. Nothing as detailed or technical as what DVDBeaver does, but something to make me feel like I was really doing some homework. What I found was not that impressive. They certainly have put work into this release. I feel like the packaging and menu design work is better than most, but is certainly no Criterion Collection. The image looked much brighter, the colors popped, and the sound was considerably sharper, coming out of my speakers beautifully. The image was technically sharper than the DVD, but having watched several Criterion Collection films on Blu-ray recently, the lines were not that sharp, not anything to write home about. I wouldn’t even go as far as saying that this release should replace your Criterion DVD on your shelf.

If you are interested in picking this up, I would recommend checking this film out as a rental first. I won’t give you any false hopes that maybe the rights will return to Criterion, so if you’re waiting for that to happen, you may be waiting a while.

Akira Kurosawa’s brilliantly conceived re-telling of Shakespeare’s King Lear magically mixes Japanese history, Shakespeare’s plot and Kurosawa’s own feelings about loyalty in this epic masterpiece that was named one of Empire Magazine’s ‘500 Greatest Movies of All Time.’ Set in 16th century Japan, an aging ruler, Lord Hidetora announces his intention to divide his land equally among his three sons. Hidetora’s decision to step down unleashes a power struggle between the three heirs when he falls prey to the false flattery bestowed upon him by the two older sons and banishes the youngest for speaking the truth. That ruthless betrayal ultimately drives Hidetora insane, destroying his entire family and kingdom. Deep human emotion and outstanding acting combine to create one of the most acclaimed foreign films of all time that was hailed as ‘a great, glorious achievement’ by the Chicago Sun-Times and ‘as close to perfect as filmmaking gets’ by the San Francisco Chronicle. The Blu-ray Disc is presented in 1080P High Definition Widescreen format with Japanese, English, Spanish, French, German and Italian DTS Master Audio.

Add Ran to your Netflix Queue. 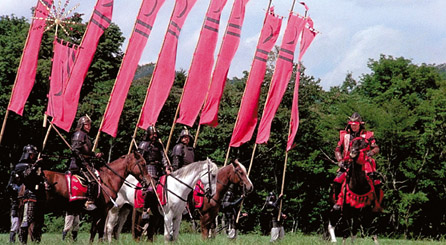 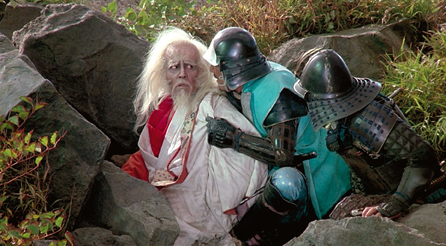 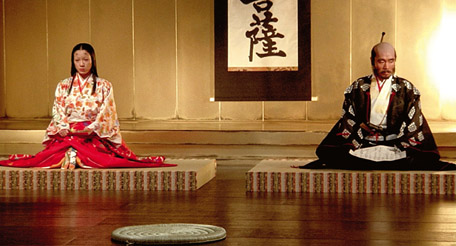 Along with Ran, I gave Contempt the DVD vs. Blu-ray comparison test. I had never seen this film before, so it was an interesting experiment, watching a film 5 minutes at a time, basically comparing it completely on it’s technical merits. Again, as with the Ran Blu-ray, I did not find the new release all that amazing. The image was nicer, the sound, better. They even went with a new translation for the subtitles with this Lionsgate StudioCanal release. I found the newer translation more enjoyable, but not having grown up with the Criterion subtitles, I’m not biased.

As with my previous recommendation, I’d say rent this before you choose to buy. It’s interesting to look at these first two Criterion Out of Print releases as the beginning of a line of Blu-ray releases from StudioCanal / Lionsgate, and consider how the future releases will end up. I like the Graphic Design work for the packaging, but I feel the transfers need more care when transferring them to the Blu-rays. For a detailed comparison of the Contempt releases, in all of their formats, DVDBeaver has an amazing write up.

The iconic Brigitte Bardot heats up the screen in this subversive drama about marriage, motive and the motion picture industry from French director Jean-Luc Godard, named the #4 ‘most influential director of all time’ by Moviemaker Magazine. Called ‘a great movie’ by Entertainment Weekly, this film within a film is, on the surface, about a director whose wife Camille falls out of love with him while he is rewriting an adaptation of Homer’s ‘Odyssey’ for an American producer. However, underneath this tragic tale of a doomed romance lies the true subject: the commercial film industry, which Godard shows his contempt for in a directing performance that is slyly subversive, darkly comic and completely original. The Blu-ray Disc is presented in 1080P High Definition Widescreen format with French, English, Spanish and German DTS Master Audio.

Add Contempt to your Netflix Queue. 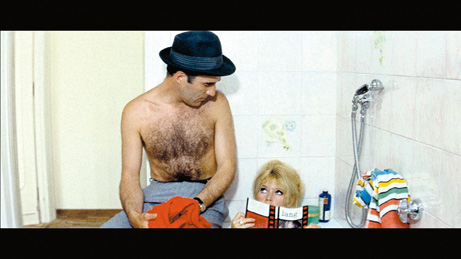 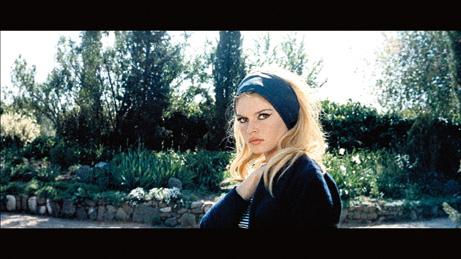 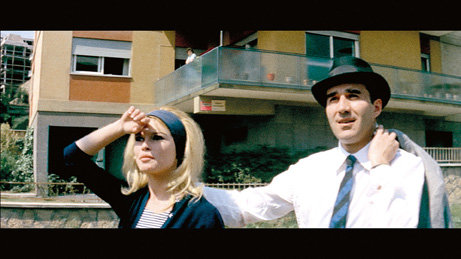