Earlier this week, Steve Weintraub over at Collider had the opportunity to sit down with Social Network director David Fincher (The Curious Case of Benjamin Button), to talk about a number of the projects he is working on.

Back in September we helped confirm a rumor that the Criterion Collection was working on a new DVD and Blu-ray for Fincher’s 1997 film, the Game, possibly due in the spring. From the sound of the interview, Fincher is taking his time with going through the reels that Criterion is providing, and it could be much later in the year before we see this finished as a release.

Well next thing. I as a fan want The Game on Blu-ray. There’s rumors that it’s coming to Criterion. Is it true?

Do you know when?

Fincher: I don’t, because I haven’t had time to look at it. Here’s what I know’¦I’ve seen two reels of it or the first three reels and it looked good but I think it’s a question of ‘“ because Gramercy was purchased by Universal, I think it’s gone under the Universal home video banner and that they have released very limited funds to finish. And I think that Criterion is having to cobble together’¦and they’re lovely people and they do amazing work. So I think they’re having to pull every favor that they can in order to be able to make the number work so, I don’t know when that is and I should.

So it’s in the future though’¦it is coming?

Fincher: I thought it was first quarter of next year, but I’m sure that it won’t happen if I don’t look at the stuff’¦

Fincher: No, I saw some stuff that looked’¦you know, again I don’t like revisiting stuff. That’s why I like to put as much effort into finishing it the right way the first time so that you don’t have to go back ‘˜cuz when you go back it’s like oh my God.

I’d highly recommend heading to Collider to read the complete interview, and listen to the audio. Steve Weintraub is one of the hardest working folks in the movie blogging world, and deserves all of the links and clicks you can help them with. 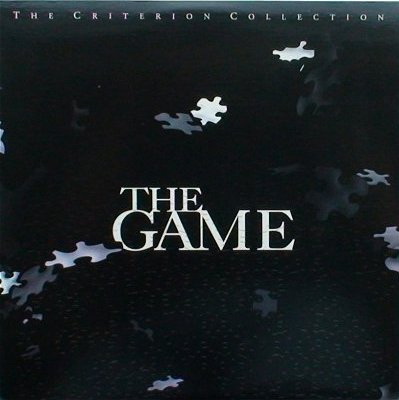