Here we are again. For the second month in a row, Criterion has apparently gone forward with releases that it does not have final product art ready for. Last month when the September 2010 titles were announced, a notable hole in their artwork was there for the much anticipated, much talked about DVD and Blu-ray release for Terrence Malick’s The Thin Red Line.

Criterion sent out a press release for the Thin Red Line, including artwork that appeared to be finalized, but as we all know, they ended up going in a much different direction.

Yesterday, when the October titles were announced, we had two missing pieces of artwork for Stanley Kubrick’s Paths of Glory, and Wes Anderson’s The Darjeeling Limited. Hopefully we won’t have to wait several weeks for the final art for both, but for now I thought I’d share with you, what Criterion shared with me.

As you can see below, they clearly note that the Darjeeling Limited artwork is not final, but they don’t make the same note on the Paths of Glory cover. I think it’s safe to assume that Eric Anderson will be illustrating the cover, as he has with the past Wes Anderson Criterion titles (Rushmore, The Royal Tenenbaums, and The Life Aquatic). 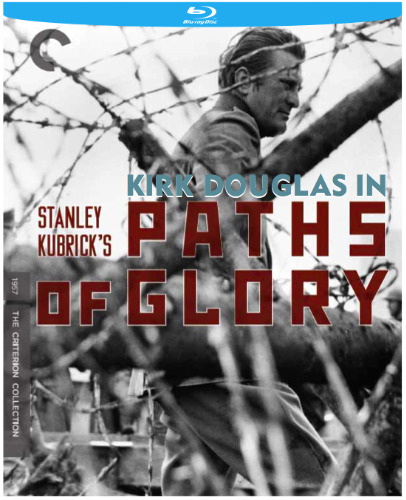 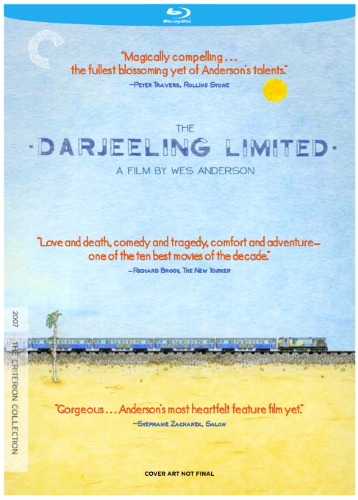 As was the case last month, Criterion used the blue stripe along the top of it’s mock ups, indicating that they are Blu-ray releases, but DON’T THINK THAT CRITERION WILL USE THESE BLUE STRIPES IN THE FINAL ART. I don’t think we need our comments to devolve into another discussion about that issue.

What do you think of these preliminary pieces of cover art? If these aren’t the final images, which artists would you like to see take on these projects?