Now what would a bail of cotton be doing in Harlem?

We’ve been gone for a bit, but like any good thing, you can’t keep us down. Yes, I’m speaking about For Criterion Consideration, which is our chance to showcase a film of our choosing. Usually a film we love more than anything, we see potential for the film, be it because of actor’s performance, a director’s eye and couple that with availability (if it’s up for grabs) and we have a good chance for the Criterion treatment.

My entry is the 1970 blaxploitation classic, Cotton Comes To Harlem, directed by Ossie Davis. One of the first in that sub-genre of film (that sadly became a negative description to some people), this paved the way for black actors and actresses to get their just due, to be the main attraction in film and to showcase their talents on the big screen. Based on the novel by Chester Himes (who some, rightfully, compare to Dashiell Hammett and Raymond Chandler) it tells the story of a random bail of cotton that is found in Harlem.

Yes, a bail of cotton, found by Uncle Bud (Redd Foxx, in his first screen performance) and has more means than making clothes with. The real meat of the film though deals with two Harlem detectives, Gravedigger Jones and Coffin Ed Johnson, who still have the coolest names for cops in a film, who are assigned to get back $87,000 which was stolen from poor black families in the neighborhood. They’ve put down money for a ticket on a boat back to the promised land in Africa, which is headed by black nationalist leader Reverend Deke O’Malley, a charismatic man who many compare to Malcolm X.

Gravedigger and Coffin Jon are the types of detectives who don’t take no for an answer and are known for breaking some heads in order to get the truth. And the deeper they get within this case, the more dirt they find and ultimately all of Harlem might crumble. Godfrey Cambridge is Gravedigger, who was a comedian (like Foxx) and has that perfect swagger throughout the film. Raymond St. Jacques is Coffin Jon, who most will recognize from the film They Live where he played a street preacher, and his sarcasm is one to behold. The film hangs on these two, who do wonders in the film, with Ossie Davis’ nimble eye, who doesn’t let up the action, the rapid fire wit/sarcasm from the main duo, and the cavalcade of characters, from pimps to bag ladies, from the Italian mob to black militant youth.

This is a film that is ripe for discovery from most and rediscovery for others who might have passed it by for other films. It was put out by MGM during their run of Soul Cinema series, which sadly has no special features except for a trailer, which I’ve embedded down below for your viewing pleasure. But why does this film deserve a place in the Criterion Collection. In my eyes, it’s a look into New York City at a time when racial tension was going strong, black directors and actors wanted a piece of the pie, and some will say They Call Me Mr. Tibb was the first official blaxploitation film, but I tend to go with Ossie Davis’ entry, mainly because it’s an original/non-sequel, and is based on a wonderful crime novel of the same name.

Ossie Davis’ direction is pretty amazing and spot on, and I wish he was still alive to record a fun and informative commentary track. Sadly, many of the people involved are long passed on, so it would look to need some love from elsewhere. I’d love to hear a commentary track from a blaxploitation expert. Even someone like Cornel West, who was 17 at the time this film was released, would be an amazing person to hear from, because he could delve into what he was thinking while watching the film at that time and then, 40 years later, looking back at the impact it had.

I’d also want a lengthy documentary about the blaxploitation movement, dealing with the highs and lows of the sub-genre. And like they’ve done with a few releases, they should give a copy of the book by Chester Himes as well, as a companion piece. Even better, a documentary about the writer would be amazing as well. There’s a lot you could do with this film, and with a proper clean up of the transfer, New York City will never look as rough and beautiful.

Could this be the first of its kind in the collection? I would love to have it within the walls of Criterion, and it deserves the love and care that they can provide for it. I’m throwing it out there, Criterion. Let’s get some more bad ass cinema in the collection, this time a little Gravedigger and Coffin Jon action. I don’t think anyone would be opposed to that. 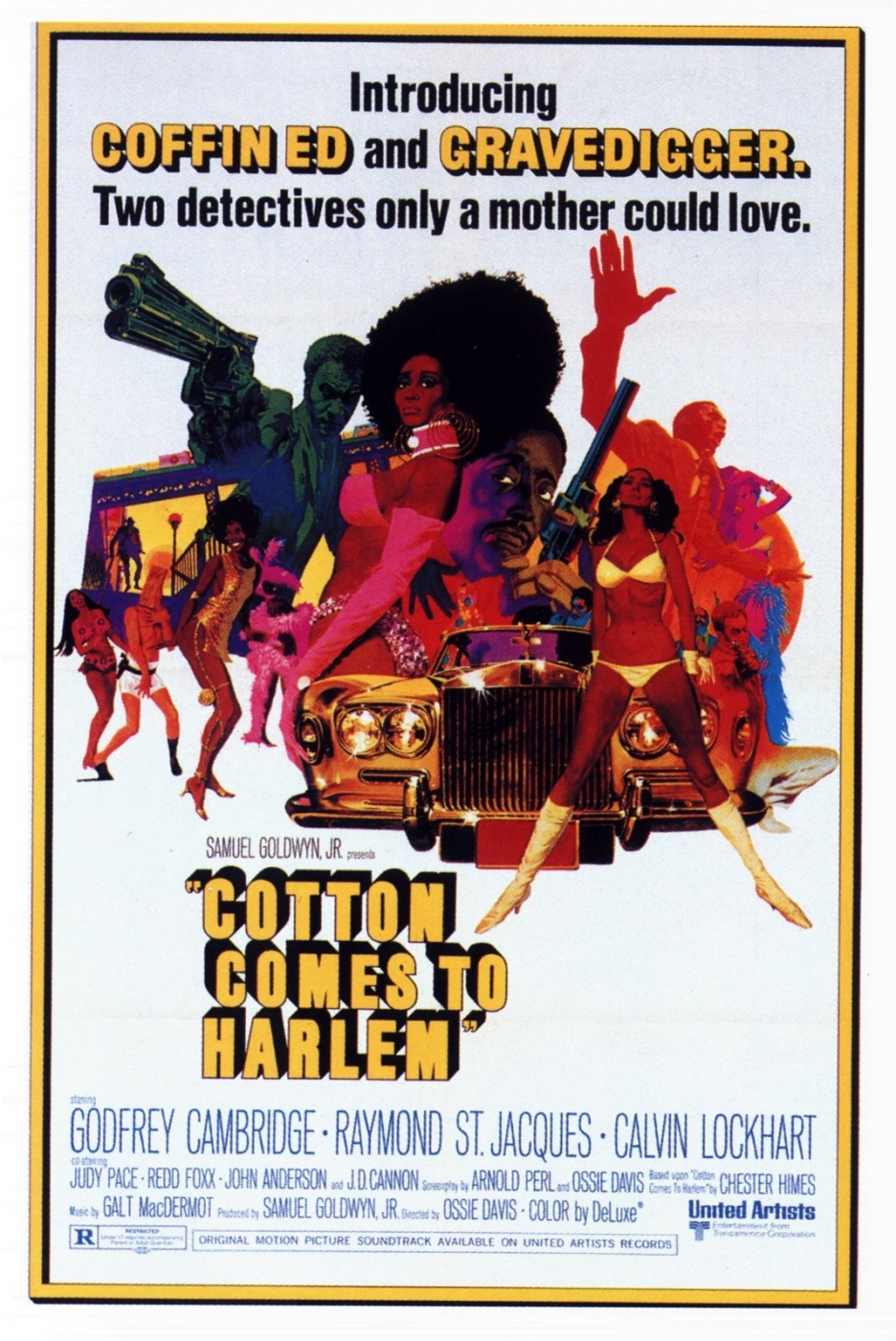