One of the most anticipated film premiering at the Sundance Film Festival this week is the new film from filmmaker Gaspar Noé, Enter The Void. This is Noé’s follow-up to his 2002 controversial film, Irreversible. Well, according to a press release, it is reported that IFC has acquired it’s U.S. distribution rights. I was very excited about this film when Travis called me up, while I was packing for the film festival, and told me about the news. Our like-mindedness automatically turned to the possibility of a one day Criterion release.

According to the press release, Enter The Void, which is loosely based on ‘Tibetan Book Of The Dead”, is “A surrealist drama about a drug-dealing teen killed in Japan, after which he reappears as a ghost to watch over his sister, Enter The Void is a provocative yet contemplative exploration of life, death and sexuality.”

Enter The Void is now set to be release theatrically and through IFC On-Demand in 2010.

As soon as I found out the news, I checked my press schedule and highlighted its screening on Friday morning. Lucky its playing in the same theater after the first film for my Friday morning, Nowhere Boy. So be certain that Travis and I will screen this film at Sundance and we will debate whether or not Enter The Void belongs in the Criterion Collection. 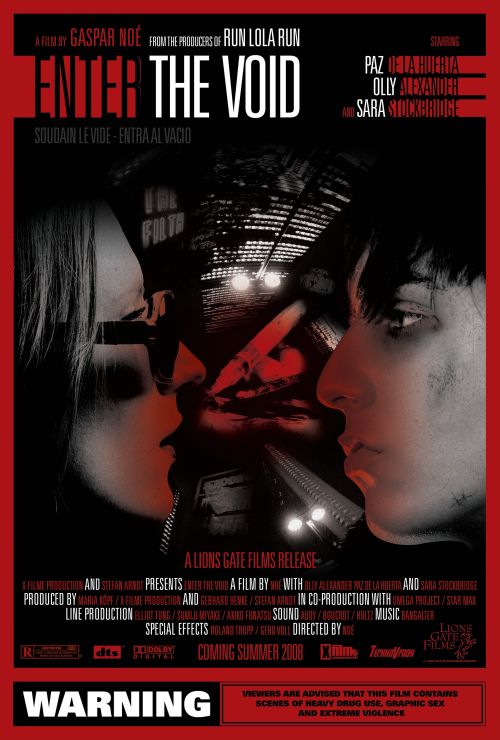