This October, Wes Anderson’s 2007 film, the Darjeeling Limited, will finally make it’s way into the Criterion Collection. This was a much anticipated release from the earliest days of it’s availability on DVD. As Anderson’s other live action works (Bottle Rocket, Rushmore, The Royal Tenenbaums, and The Life Aquatic With Steve Zissou) have all been made available as Criterion editions, many have wondered when the Darjeeling Limited with find it’s place.

When it was announced on July 15th, as has been the case recently, Criterion did not have final artwork ready to put alongside the release details on their website (see also: The Thin Red Line and Paths of Glory). When Criterion sent out their initial press notes for the October releases, they included a temporary piece of art, that was clearly not going to be used as it’s final product release artwork, due to rather tacky looking quotes:

We now have the final artwork (listed below in high resolution), and I rather like it. It certainly complements the artwork of Anderson’s other releases (I’m assuming that Eric Chase Anderson is the illustrator this time around). I wanted to share a high resolution copy of the cover, so that people would be able to look closely at the detail of the scene, as it is a very busy image, and the texture of paint and what I’m assuming must be water color paper is very grainy, and a little distorted.

I’m also included some images from the movie, as well as the trailer and DVD / Blu-ray disc details below. The Darjeeling Limited will be available on October 12th, 2010 (the day after my birthday!).

What do you think of the cover? Will you be completing your Wes Anderson Criterion Collection this October? 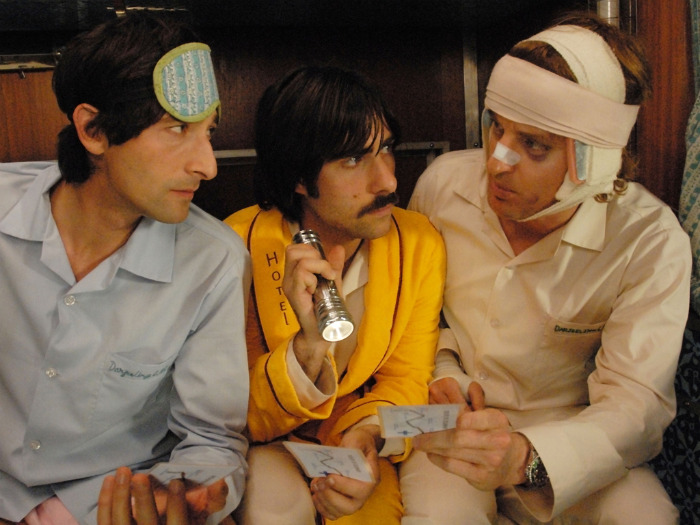 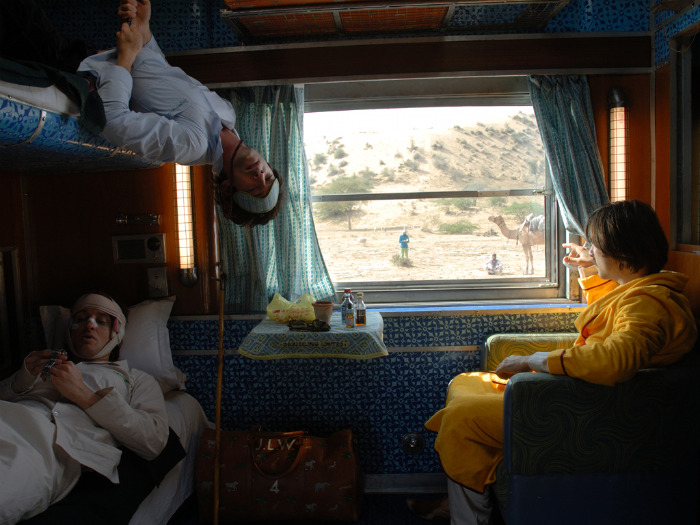 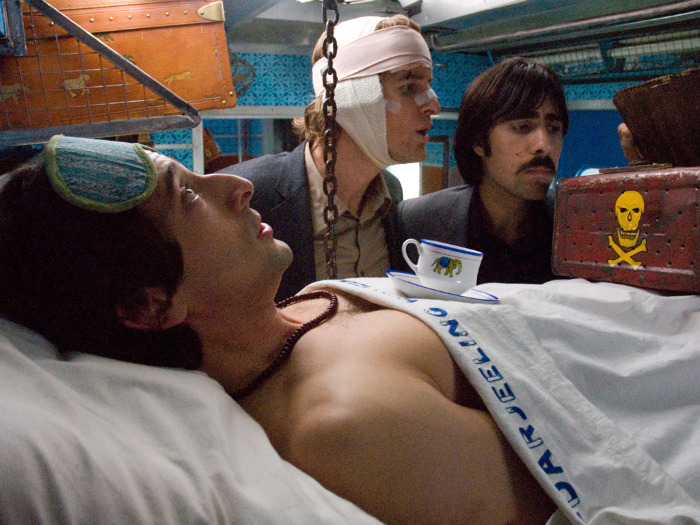 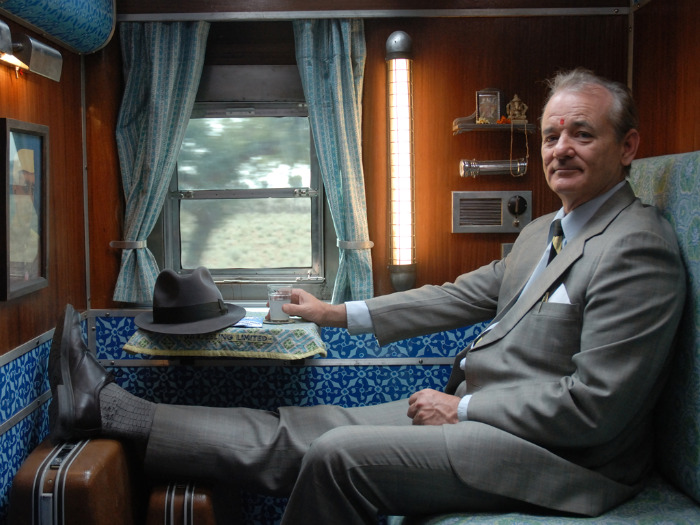 In The Darjeeling Limited, from director Wes Anderson, three estranged American brothers reunite for a meticulously planned, soul-searching train voyage across India, one year after the death of their father. For reasons involving over-the-counter painkillers, Indian cough syrup, and pepper spray, the brothers eventually find themselves stranded alone in the middle of the desert’”where a new, unplanned chapter of their journey begins. Featuring a sensational cast, including Owen Wilson, Adrien Brody, Jason Schwartzman, and Anjelica Huston, The Darjeeling Limited is a visually dazzling and hilarious film that takes Anderson’s work to richer, deeper places than ever before.