It’s your gods. It’s your bloody, awful, stinking gods. They made you what you are. May they rot away in the filthy hell they came from!

A film dealing with cultural and identity conflicts between POWs in a Japanese internment camp during World War II, when done well, would be a worthy addition to any director’s career. But with Nagisa Oshima’s career already being an amazing array of risks (and always proud to take them), his 1983 film Merry Christmas Mr. Lawrence is just one more notch on the belt of a varied film maker.

Merry Christmas Mr. Lawrence, an adaptation of Laurens van der Post’s two books dealing with his experiences in World War II as a prisoner of war (The Seed and the Flower and The Night of the Moon) tells the story of the relationships between four men in a Japanese prisoner of war camp. Jack Celliers (David Bowie), a rebellious prisoner who isn’t afraid to push anybody’s buttons but holds a deep dark secret from his past; Lieutenant Colonel John Lawrence (Tom Conti), who speaks fluent Japanese and has lived there; Captain Yonoi (Ryuichi Sakamoto), the young commander of the camp who also harbors a secret regret; and Sergeant Hara (Takeshi Kitano), a brutal person who does show bits of humanity and bonds with Lawrence throughout the film.

The Criterion Collection once again takes a film that I had only heard of from a select few people and brings it to the forefront, on DVD and Blu-ray. And this brutal, loving, hypnotic and sometimes erotic tale is more than welcome in the collection. A film about cultural identity and class structure, even within the walls of this POW camp, when Celliers is brought into the camp starved and tortured, the whole structure is disrupted and begins a clash between the two sides, with only John Lawrence attempting to find a balance the two sides can understand. Not only is language a barrier that is hard to overcome, but cultures and personalities are at war, the prisoners starting to become a bit restless in what was a peaceful capture up until recently.

Tom Conti is amazing as John Lawrence, the Mr. Lawrence of the title, and people will see the cover of the box and assume it’s all about David Bowie’s Jack Celliers. But the film is a display of four very different actors, all coming together to make a one of a kind war film, the action coming in verbal exchanges that are a sight to behold. The film has two music superstars in Bowie and Sakamoto, both looking pretty but doing wonders with their roles. Sakamoto also performed the score for the film, music that I promptly ordered and got in the mail on vinyl and have been listening to on repeat for the last few weeks. A haunting score and at times playful, it wields a certain power over some scenes of somber. Especially when we go back in time to see what Celliers’ dark secret truly is.

What I love about Oshima is his uncanny way to delve into sexuality, even in a film that deals with only men but isn’t a film about gay men. But the way we see Yonoi look at Celliers, the yearning in his eyes, amps up the homoerotic tones between the two but doesn’t force it like some exploitative directors would tend to do. Instead, we see this played out in a series of verbal assaults between the two and ultimately has Yonoi realizing that he must purge this evil being from the camp in order to restore honor and the only way to do that is for Celliers to die.

There is so much going on in this film, one can write a book about this film alone. Little glances between the characters tell us so much, and throughout it all it’s John Lawrence, the camp’s liaison, who is the moral fiber, attempting to keep everything together without it falling apart. The film also deals with the concept of honor. The Japanese look at the British officers having no honor at all. Why else would they allow themselves to be captured and not kill oneself before that? The British look at the Japanese as having no honor with the way they treat the prisoners and even, ultimately, themselves.

Criterion once again does a bang up job in delivering the best of the best when it comes to a film’s presentation. We get the film in a new high definition master, which looks absolutely stunning, especially when showing character’s faces up close (Bowie’s two colored eyes being the benchmark for Blu-ray presentation). In the extras department, we get The Oshima Gang a 1983 making of, new video interviews with Tom Conti, producer Jeremy Thomas, screenwriter Paul Mayersberg and actor-composer Ryuichi Sakamoto, Hasten Slowly an hour long 1996 documentary about author Laurens van der Post, the original theatrical trailer and a booklet featuring an essay by film critic Chuck Stephens and reprinted interviews with director Nagisa Oshima and actor Takeshi Kitano.

A forgotten classic is a title I’d give to Merry Christmas Mr. Lawrence, a film that once it is seen will not soon be forgotten. It will bring a plethora of emotions, like it does right on the screen, and is a great gateway to seeing Oshima’s work, where Takeshi Kitano got to do some serious acting and that pop rock stars are sometimes more than glitz and glamor and can hang even with the best actors. Tuesday was a great day for World War II films and you couldn’t get two different war films with Terrence Malick’s The Thin Red Line and Nagisa Oshima’s Merry Christmas Mr. Lawrence. Seek them out and see why Criterion is the best at what they do. 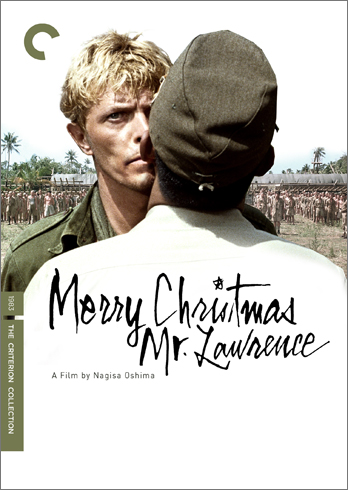 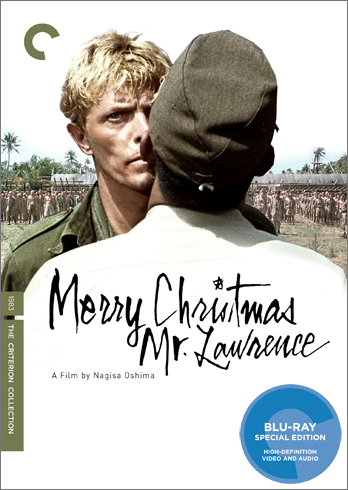