Over the past several weeks, the concept of “double dipping” has been brought to a heated point amongst DVD and Blu-ray collectors and enthusiasts. Double-dipping refers to the practice that many home media distributors use when re-releasing titles, either with new materials, packaging, or on a new format. This has been done for years by almost every studio, and is hotly debated by fans who feel the internal struggle of wanting to please the completist within, while at the same time not wanting to be taken advantage of by those seeking to milk a property as long as possible.

Last week we saw the long awaited Blu-ray release of the Lord of the Rings, a set that people have longed for ever since the high definition formats were announced. I know that personally, while the HD-DVD vs. Blu-ray format wars were still going on, the prospect of having Lord of the Rings in high definition would eventually sway my vote towards that format which had that title. When Amazon finally unveiled their official page for the Lord of the Rings Blu-ray set, hundreds, and eventually thousands of weary fans began the inevitable backlash towards the release, simply because the Extended Editions would not be made available immediately. This is a topic that I will expand upon, in my review of the Blu-ray set, but for now, know that right now there are a lot of people online who are tired of buying the same over and over again (yes, of course they are not being forced to make these purchases).

Even the Criterion Collection has seen its share of re-visiting releases, especially now that they are re-releasing titles from their catalog on Blu-ray. Criterion, however, knows how to re-release a title. They won’t simply release a film because they have a new cover, or want to make a few dollars more. They present glorious restorations, as you’ll see next month with the Walkabout Blu-ray, with newly produced documentaries, commentaries, and audio tracks. They’ll also take the time to produce some of the best cover artwork and liner notes the home video market has ever seen. I don’t want to forget the fact that Criterion itself began in the world of Laserdiscs, before moving onto DVD, then requiring many to repurchase their collections. Blu-ray is presenting an interesting new market, especially in how Criterion does not seem to be releasing all of their new titles on both DVD and Blu-ray. Occasionally they’ll announce DVD only versions of their upcoming titles, as we’re seeing this month with The Fugitive Kind. Criterion and Janus Films have also recently, begun releasing stripped down versions of their most beloved releases, in affordable, and attractive box sets, known as the Essential Art House series. Through these series of releases, many films that cinephiles regard as the highest, have been made available again, primarily directed at consumers looking to expand their DVD collection, at an affordable price, forsaking any supplemental materials that may have been found on prior editions put out by Criterion. Occasionally, the Essential Art House box sets have seen the inclusion of titles not found in the Criterion Collection, which we have again in this month’s release of Volume 5.

I have spoken about this set on recent episodes of the podcast, and I must reiterate how valuable these sets can be, despite their supplemental feature-less nature. These sets are not being marketed to the collectors of the Criterion Collection, but rather, as an affordable alternative for perhaps your niece or nephew, son or daughter, graduating high school, with dreams of film school. These sets could be for your parents, whom perhaps, still can’t figure out how to use their DVD players to their full potential, but love great films. These sets could be for your friends, who say they love movies, but have never strayed beyond the titles available at their local Walmart or Target. I hesitate to use the term “gateway drug”, but they could easily be seen as such, perhaps with less ruinous results (maybe not financially). Perhaps after receiving such a present, be it birthday, anniversary, or graduation, said recipient may go on to re-purchase these titles with all of their Criterion worthy supplementals. Again, these sets aren’t meant to be purchased by those who already own a copy of these films, but rather those who may never have picked them up in the first place.

Volume five of the Essential Art House collection features six of the most influential films of the Twentieth Century, each featuring a different director, language and style. In David Lean‘s Brief Encounter, we are treated to a heartbreaking tale of an affair centered around a train station. Certainly a story that still holds it’s power to this day, with its relatable plot, and stunning performances. Federico Fellini‘s 8 1/2 is a film that almost needs no introduction here, as we have discussed it several times on the show, but as I said before, this is a film so influential and important, that this release provides a new, more affordable way to see the film, without sacrificing sound or video quality. While the Blu-ray was just released in January, this is a film that deserves every edition made available. Yasujiro Ozu‘s Floating Weeds, one of the few remakes within the Criterion Collection, highlights one of the most influential Japanese directors, who was able to capture the love and pain of everyday life. Francois Truffaut‘s Jules and Jim again present us with one of the most influential directors and films of the last fifty years. A love story, a love triangle, between friends, a tale retold many times over in modern cinema, seen here as directed by a true master of the medium. As mentioned earlier, this Essential Art House set presents us with a film not previously released by Criterion, Gillo Pontecorvo‘s Kapo shows us once again, the horrors of the holocaust, how cruelty and the will to survive can shape a person. Finally, this set offers us Milos Forman‘s Loves of a Blonde, a Czech New Wave film, showing us a love story, in all of it’s ups and downs.

Below you’ll find short descriptions of the films, alongside links to their Criterion and Amazon pages, and links to rent the films on Netflix. Again, I highly recommend this set to anyone slightly hesitant to drop down money on the official Criterion releases of these films, as that would add up to near double the cost of this set. The special features missing on these discs are certainly missed, but are not a deal breaker. It all depends on where you are coming from, and what your wants and desires are when it comes to purchasing DVDs.

Are you planning on buying the set? Head over to Amazon, where you can pick up the set, or the individual titles, for practically a song and dance. 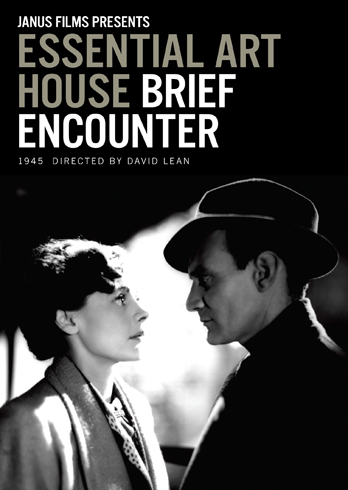 From NoÃ«l Coward’s play Still Life, legendary filmmaker David Lean deftly explores the thrill, pain, and tenderness of an illicit romance in the dour, gray Britain of 1945. From a chance meeting on a train platform, a middle-aged married doctor (Trevor Howard) and a suburban housewife (Celia Johnson) enter into a quietly passionate, ultimately doomed love affair, set to a swirling Rachmaninoff score. 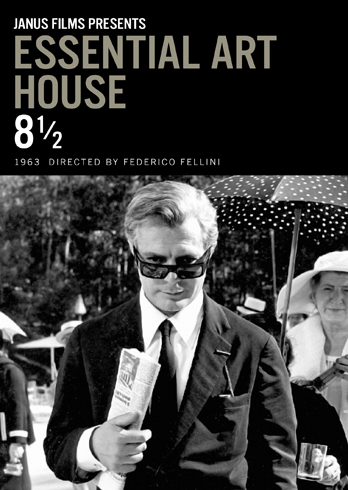 Marcello Mastroianni plays Guido Anselmi, a director whose new project is collapsing around him, along with his life. One of the greatest films about film ever made, Federico Fellini’s 8 ½ (Otto e mezzo) turns one man’s artistic crisis into a grand epic of the cinema. An early working title for 8 ½ was The Beautiful Confusion, and Fellini’s masterpiece is exactly that: a shimmering dream, a circus, and a magic act. 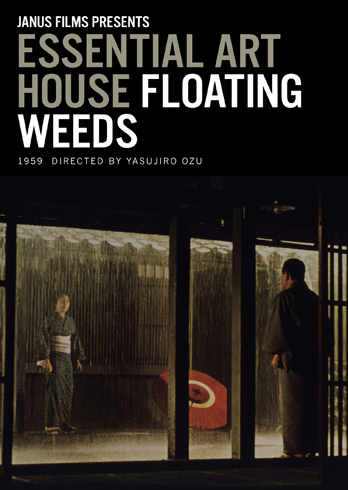 In 1959, Yasujiro Ozu remade his 1934 silent classic A Story of Floating Weeds in color with the celebrated cinematographer Kazuo Miyagawa (Rashomon, Ugetsu). Setting his later version in a seaside location, Ozu otherwise preserves the details of his elegantly simple plot wherein an aging actor returns to a small town with his troupe and reunites with his former lover and illegitimate son, a scenario that enrages his current mistress and results in heartbreak for all. Together, the films offer a unique glimpse into the evolution of one of cinema’s greatest directors. A Story of Floating Weeds reveals Ozu in the midst of developing his mode of expression; Floating Weeds reveals his distinct style at its pinnacle. In each, the director captures the joy and sadness in everyday life. 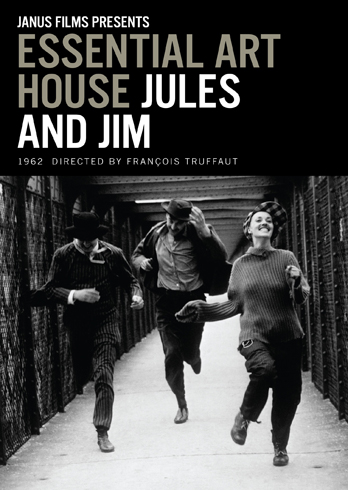 Hailed as one of the finest films ever made, legendary director FranÃ§ois Truffaut’s early masterpiece Jules and Jim charts the relationship between two friends and the object of their mutual obsession over the course of twenty-five years. Jeanne Moreau stars as Catherine, the alluring and willful young woman whose enigmatic smile and passionate nature lure Jules (Oskar Werner) and Jim (Henri Serre) into one of cinema’s most captivating romantic triangles. An exuberant and poignant meditation on freedom, loyalty, and the fortitude of love, Jules and Jim was a worldwide smash upon its release in 1962 and remains as audacious and entrancing today.

Rent Jules and Jim on Netflix 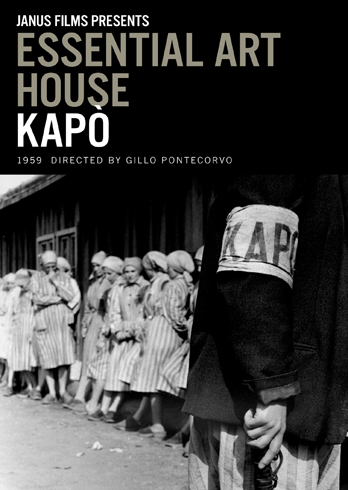 Before he left his mark on cinema forever with the revolutionary The Battle of Algiers, Italian director Gillo Pontecorvo directed this audacious World War II drama about a young Jewish woman (Susan Strasberg) in a Nazi concentration camp, who saves herself from death by assuming another’s identity and becoming a ruthless warden. The Oscar-nominated KapÃ² was one of the first films to depict the horror of the Holocaust, and it does so with brutality and daring emotional complexity. 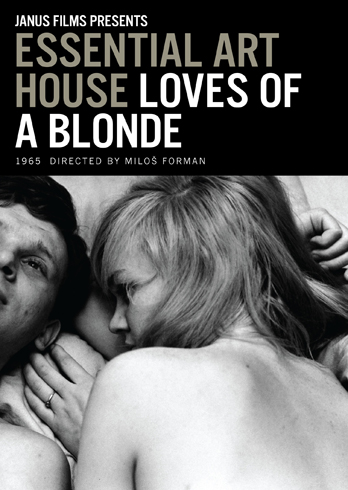 Loves Of A Blonde

With sixteen women to each man, the odds are against Andula in her desperate search for love’”that is, until a rakish piano player visits her small factory town and temporarily eases her longings. A tender and humorous look at Andula’s journey, from the first pangs of romance to its inevitable disappointments, Loves of a Blonde (LÃ¡sky jedné plavovlÃ¡sky) immediately became a classic of the Czech New Wave and earned Milos Forman the first of his Academy Award nominations.

Rent Loves Of A Blonde on Netflix.