In December, Criterion released a box set like no other. 25 Films of Akira Kurosawa, their “AK 100,” featured films never before seen with a Criterion “C.” This set however, was missing one notable film, 1985’s Ran. It was soon learned that Lionsgate at acquired the rights to distribute the film, and you can now pre-order the Blu-ray. You’ll see this hitting stores on February 16th.

From the Lionsgate Press Release:

Akira Kurosawa’s brilliantly conceived re-telling of Shakespeare’s King Lear magically mixes Japanese history, Shakespeare’s plot and Kurosawa’s own feelings about loyalty in this epic masterpiece that was named one of Empire Magazine’s ‘500 Greatest Movies of All Time.’ Set in 16th century Japan, an aging ruler, Lord Hidetora announces his intention to divide his land equally among his three sons. Hidetora’s decision to step down unleashes a power struggle between the three heirs when he falls prey to the false flattery bestowed upon him by the two older sons and banishes the youngest for speaking the truth. That ruthless betrayal ultimately drives Hidetora insane, destroying his entire family and kingdom. Deep human emotion and outstanding acting combine to create one of the most acclaimed foreign films of all time that was hailed as ‘a great, glorious achievement’ by the Chicago Sun-Times and ‘as close to perfect as filmmaking gets’ by the San Francisco Chronicle. The Blu-ray Disc is presented in 1080P High Definition Widescreen format with Japanese, English, Spanish, French, German and Italian DTS Master Audio.

· ‘A.K.’ ‘“ the acclaimed feature-length documentary on the making of Ran from writer/director Chris Marker

· ‘Akira Kurosawa: The Epic and the Intimate’ ‘“ documentary on the director

· ‘The Samurai’ ‘“ documentary on Samurai art 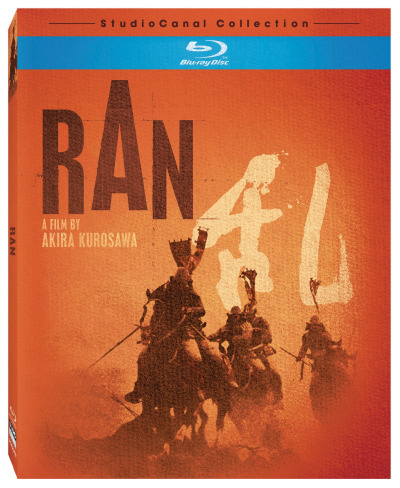 We’re also getting another “Out of Print” Criterion Collection film, on February 16th, a high definition release of Jean-Luc Godard’s Contempt:

The iconic Brigitte Bardot heats up the screen in this subversive drama about marriage, motive and the motion picture industry from French director Jean-Luc Godard, named the #4 ‘most influential director of all time’ by Moviemaker Magazine. Called ‘a great movie’ by Entertainment Weekly, this film within a film is, on the surface, about a director whose wife Camille falls out of love with him while he is rewriting an adaptation of Homer’s ‘Odyssey’ for an American producer. However, underneath this tragic tale of a doomed romance lies the true subject: the commercial film industry, which Godard shows his contempt for in a directing performance that is slyly subversive, darkly comic and completely original. The Blu-ray Disc is presented in 1080P High Definition Widescreen format with French, English, Spanish and German DTS Master Audio. 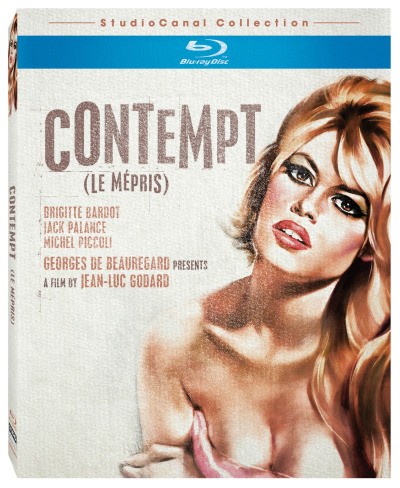