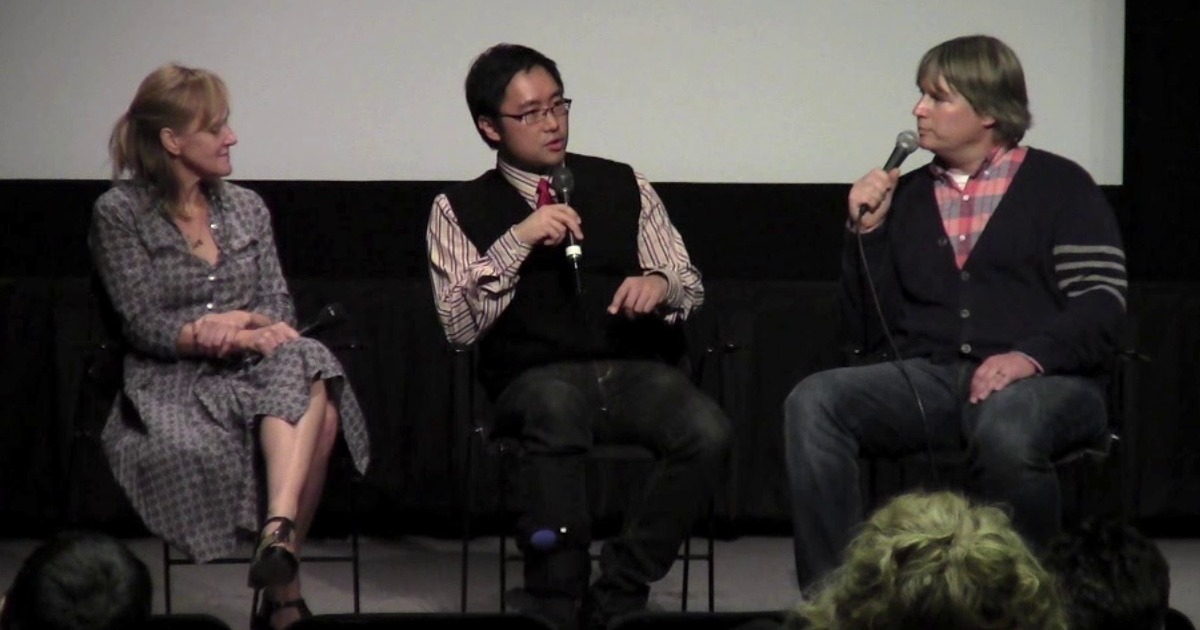 For the past several years, the fine folks at the Wexner Center for the Arts at Ohio State University have invited the Criterion Collection to take the stage and discuss their various releases. These talks inevitably lead to upcoming titles, both known and rumored. Last year we learned about a number of this year’s releases. Today at 7pm Eastern, Curtis Tsui and Kim Hendrickson will be speaking at the Wexner Center.

The event is streaming live on YouTube, and we’ll be live-blogging the event here. We’ll have comments turned on, if you have anything to share while watching the event.

04:08:04 – Curtis: “The physical object is an important thing”. Is talking about creating additional content, video essays.

04:15:31 – Curtis was the producer on My Darling Clementine and Red River.

04:16:29 – Howard Hawks preferred the shorter cut of Red River. As for My Darling Clementine, most agree that the theatrical cut is the preferred cut.

04:18:55 – John Ford hated the fact that they added the kiss to the end of the film. On the disc, there is an intermediary cut of the film. No one knows if the original John Ford cut exists anywhere.

04:26:33 – Doesn’t sound like the Studio Canal titles are coming back. They hope to get them back. They can’t announce anything today.

04:29:56 – At the end of February, Lee Kline will be back at the Wexner Center to talk about restorations that Criterion is working on. The

04:43:19 – Brighter Summer Day has been in the works for years. Some restorations take forever.