[I’ll be updating this post with cover art and release dates, as Criterion makes them available on the site.]

While today’s announcement was slightly spoiled by last Fridays e-mail, regarding the Solaris news, the rest of the titles announced today more than makes up for it.

First up let’s talk about these new additions to the collection. All three have been written about here on the site, so shouldn’t come as a shock by anyone. We first wrote about Masahiro Shinoda’s Pale Flower potentially getting a release last year when the director was spotted visiting the Criterion vault, and then Criterion sent out it’s wacky newsletter image in the form of a bag of flour, in a pail. Pale Flower will be getting a DVD and Blu-ray release on May 17th. I am a huge fan of this cover art, and expect that they have spent many hours restoring this film. Next up is Jonathan Demme’s Something Wild, which I first wrote about last Summer when the All Tomorrow’s Parties line-up was announced. Last week we spotted Demme on Criterion’s Twitterfeed, signing his “director approved” signature. Something Wild will get it’s release on May 10th. Finally on May 24th we’re also getting the next Charlie Chaplin film in Criterion’s release schedule. The Great Dictator was teased at back in January, when it posted it’s Wacky New Years drawing, in the form of the globe. I love this Olly Moss (of Mondo Tees fame) image for the film.

In addition to the three new films which have been teased at in different forms over the past few months, we’re also getting three upgrades from the catalog. As we just wrote about, Criterion will be releasing an updated version of Andrei Tarkovsky’s Solaris on DVD and Blu-ray on May . Then we’re getting two Blu-ray upgrades in the forms of Ingmar Bergman’s Smiles Of A Summer Night and Catherine Breillat’s Fat Girl, due May 3rd.

I am certainly most excited about getting the new Solaris Blu-ray, and I cannot wait to check out what the Great Dictator looks like. The Modern Times release was absolutely gorgeous, and packed with supplements, and I’m sure their next installment in the Chaplin line will live up to it 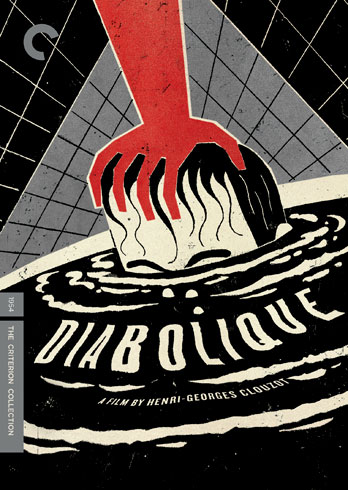 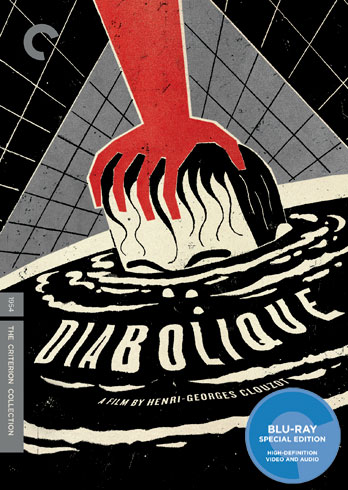 Before Psycho, Peeping Tom, and Repulsion, there was Diabolique. This thriller from Henri?Georges Clouzot, which shocked audiences in Europe and the U.S., is the story of two women’”the fragile wife and the willful mistress of a sadistic school headmaster’”who hatch a daring revenge plot. With its unprecedented narrative twists and unforgettably scary images, Diabolique is a heart-grabbing benchmark in horror filmmaking, featuring outstanding performances by Simone Signoret, Vera Clouzot, and Paul Meurisse. 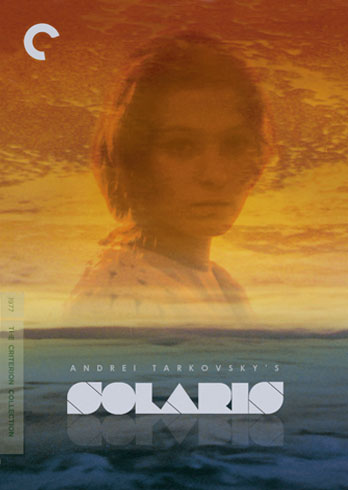 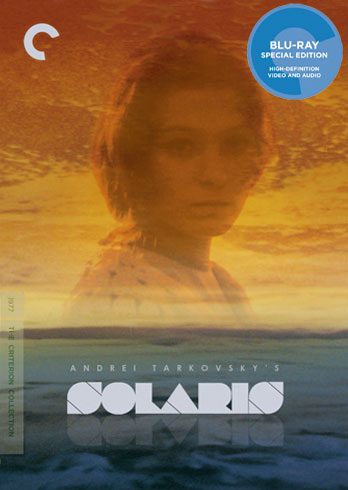 Criterion 164, on DVD and Blu-ray May

Ground control has been receiving strange transmissions from the three remaining residents of the Solaris space station. When cosmonaut and psychologist Kris Kelvin is sent to investigate, he experiences the strange phenomena that afflict the Solaris crew, sending him on a voyage into the darkest recesses of his own consciousness. In Solaris, legendary Russian filmmaker Andrei Tarkovsky creates a brilliantly original science-fiction epic that challenges our preconceived notions of love, truth, and humanity itself. 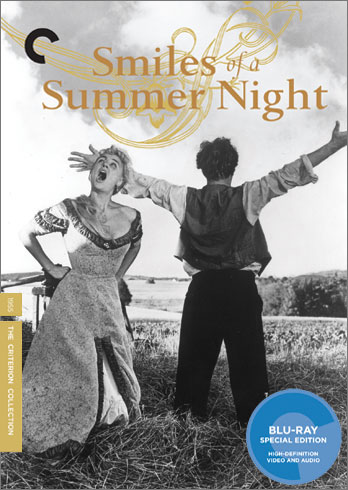 Smiles Of A Summer Night

After fifteen films of mostly local acclaim, the 1956 prize-winning comedy Smiles of a Summer Night at last ushered in an international audience for director Ingmar Bergman. Set in turn-of-the-century Sweden, four women and four men attempt to juggle the laws of attraction amidst their daily bourgeois life. When a weekend in the country brings them all face to face, the women ally to force the men’s hands in their matters of the heart, exposing their pretensions and insecurities along the way. Chock full of flirtatious propositions and sharp-witted wisdom delivered by such legends of the Swedish screen as Gunnar BjÃ¶rnstrand, Eva Dahlbeck, Harriet Andersson, and Ulla Jacobsson, Smiles of a Summer Night is one of film history’s great tragicomedies, a bittersweet view of the transience of human carnality. 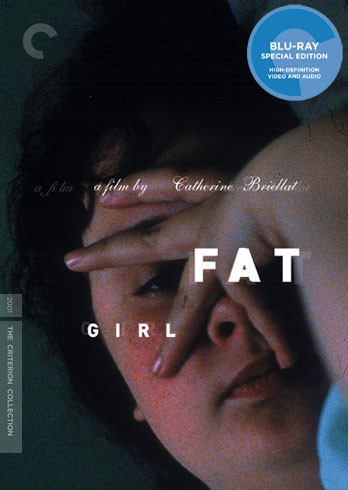 Twelve-year-old AnaÃ¯s is fat. Her sister, Elena, is a teenage beauty. While on vacation with their parents, AnaÃ¯s tags along with Elena as she explores the dreary seaside town. Elena meets Fernando, an Italian law student, who seduces her with promises of love, and the ever-watchful AnaÃ¯s bears witness to the corruption of her sister’s innocence. Precise and uncompromising, Catherine Breillat’s Fat Girl is a bold dissection of sibling rivalry and female adolescent sexuality from one of contemporary cinema’˜s most controversial directors. 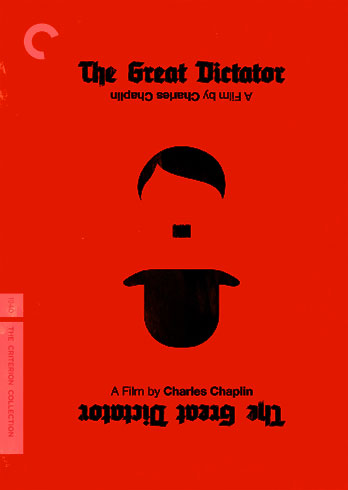 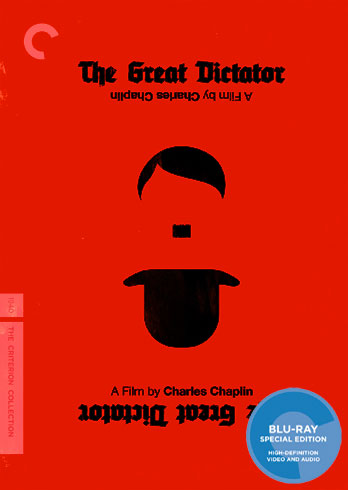 In his notorious masterpiece The Great Dictator, Charlie Chaplin offers both a cutting caricature of Adolf Hitler and a sly tweaking of his own comic persona. Chaplin (in his first pure talkie) brings his sublime physicality to two roles: the cruel yet clownish ‘Tomanian’ dictator and the kindly Jewish barber who is mistaken for him. Featuring Jack Oakie and Paulette Goddard in stellar supporting turns, The Great Dictator, boldly going after the fascist leader before the U.S.’s official entry into World War II, is an audacious amalgam of politics and slapstick that culminates in Chaplin’s famously impassioned speech. 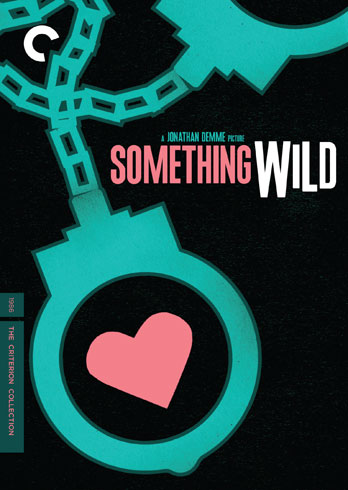 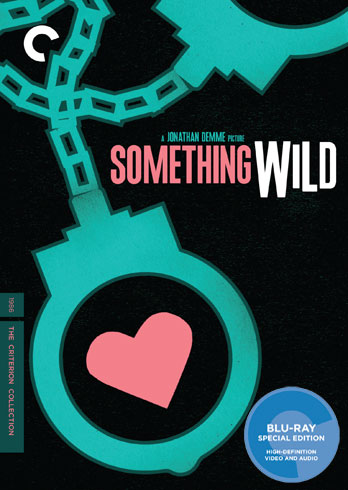 A straitlaced businessman meets a quirky, free-spirited woman at a downtown New York greasy spoon. Her offer of a ride back to his office results in a lunchtime motel rendezvous’”just the beginning of a capricious interstate road trip that brings the two face-to-face with their hidden selves. Featuring a killer soundtrack and electric performances from Jeff Daniels, Melanie Griffith, and Ray Liotta, Something Wild, directed by oddball American auteur Jonathan Demme, is both a kinky comic thriller and a radiantly off-kilter love story. 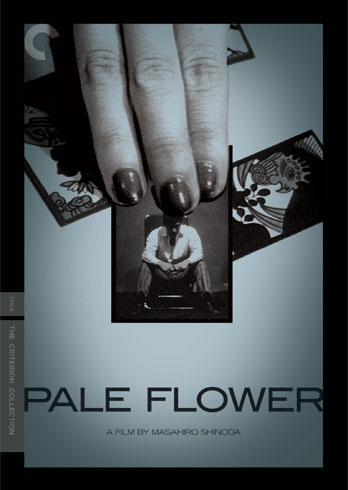 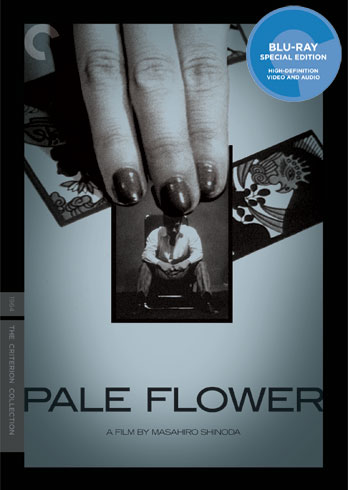 In this cool, seductive jewel of the Japanese New Wave, a yakuza, fresh out of prison, becomes entangled with a beautiful yet enigmatic gambling addict; what at first seems a redemptive relationship ends up leading him further down the criminal path. Bewitchingly shot and edited and laced with a fever-dream-like score by Toru Takemitsu, Masahiro Shinoda’s breakthrough gangster romance announced an idiosyncratic major filmmaking talent. The pitch-black Pale Flower (Kawaita hana) is an unforgettable excursion into the underworld.