Earlier today I received an e-mail from a reader, asking if I knew anything about IFC picking up the rights to Don Roos’ film Love And Other Impossible Pursuits, starring and produced by Natalie Portman. This film hasn’t been on my radar in a while, as it played at Toronoto in 2009.

I couldn’t find any references to this transaction having occurred, and from what I could gather on IMDB and the various movie news sites, no one was talking about this happening. Then I checked my RSS feeds.

Earlier today IFC Films quietly announced a film called “The Other Woman” and wouldn’t you know it, it’s the exact description of Love And Other Impossible Pursuits! In the description for The Other Woman, they even reference that it’s an adaptation of the Ayalet Waldman novel. I can’t seem to find any reason why they’d change the title, other than the fact that it’s a mouthful.

The radiant Natalie Portman (CLOSER, BLACK SWAN) lights up the screen in this frank, funny, and heart-wrenching adaptation of bestselling author Ayelet Waldman’s novel about life, loss, and family directed by Don Roos (THE OPPOSITE OF SEX, HAPPY ENDINGS).

Emilia (Portman) is a Harvard law school graduate and a newlywed, having just married Jack (Scott Cohen, THE UNDERSTUDY), a high-powered New York lawyer, who was her boss ‘“ and married ‘“ when she began working at his law firm. Unfortunately, her life takes an unexpected turn when Jack and Emilia lose their newborn daughter. Emilia struggles through her grief to connect with her new stepson William (Charlie Tahan, I AM LEGEND), but is finding it hard to connect with this precocious child. Perhaps the most difficult obstacle of all for Emilia is trying to cope with the constant interferences of her husband’s angry, jealous ex-wife, Carolyn (Lisa Kudrow).

Here is the new image for the film, which will be distributed theatrically in February of 2011, and available on demand starting January 1st.

With the recent success of Black Swan, I’d imagine that IFC would want to get Natalie Portman talking about this release more, as it is her production company, Handsomecharlie Films that helped produce the film.

Now, it is late, and I’m only writing about this because I can’t seem to find anyone else writing about it. Maybe I missed the news cycle on this one, but I don’t think this has grabbed any headlines.

Thoughts on this name change? Leave your comments below.

Here is the foreign poster that circulated last month, for Love And Other Impossible Pursuits: 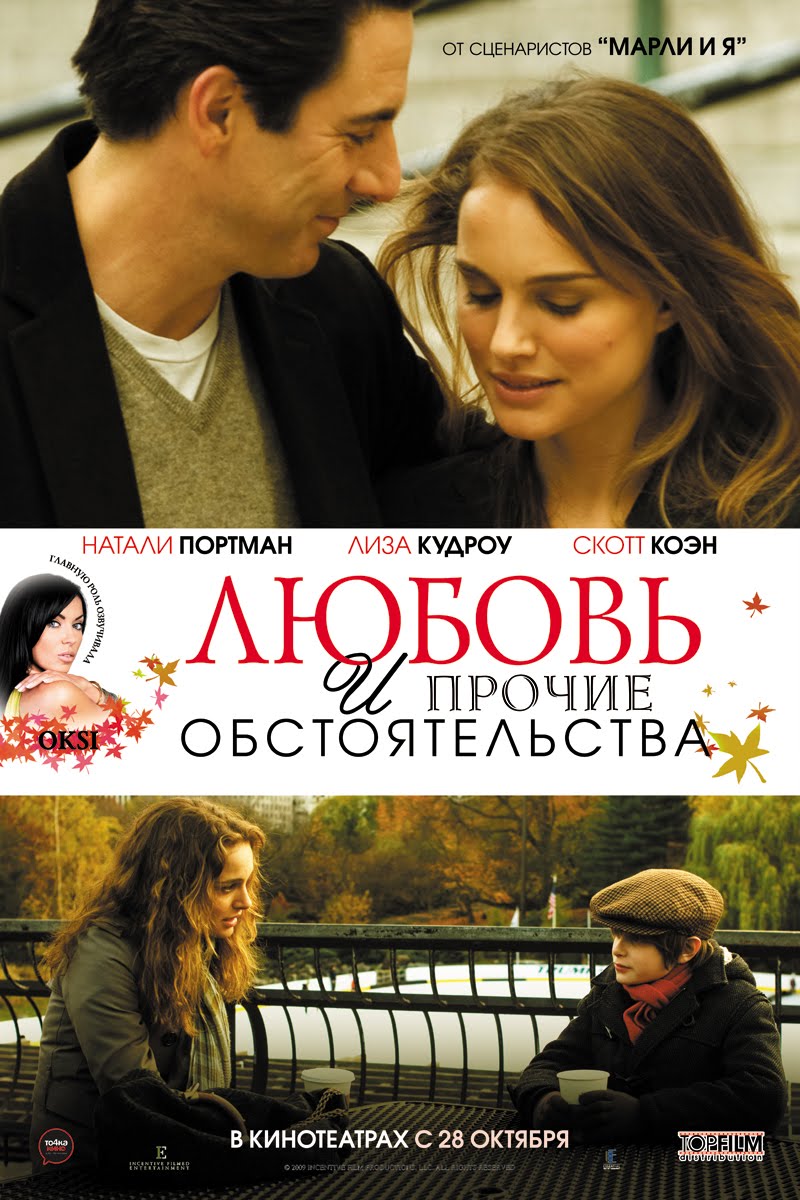