As if we all didn’t know, Netflix is the king of online film streaming, and they whole heartedly believe that that is where the future lies.

According to New TeeVee, Netflix expects its DVD by mail system to peak in 2013, from where they believe that their Watch Instantly service will be driving much of the company’s growth. 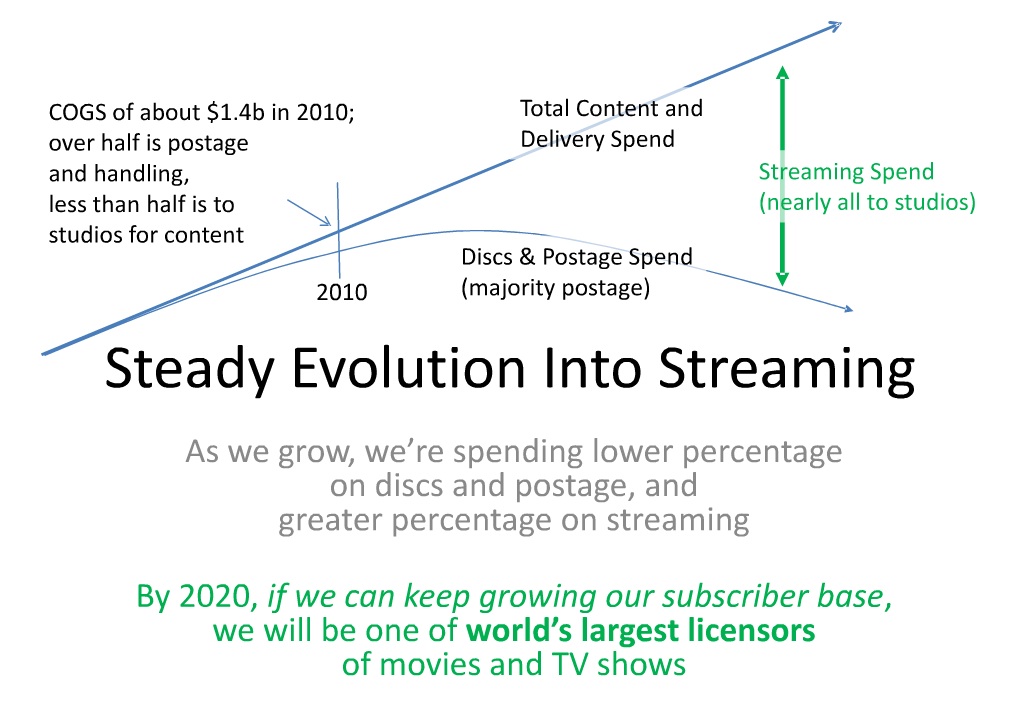 The company sees streaming as having a ‘huge potential market,’ as currently 100 million households have pay-TV subscriptions. Netflix had roughly 14 million subscribers at the end of the first quarter of 2010, which they see ballooning to 17 million by year’s end. They only see that number exponentially increasing as both the internet, and their selection, improves.

Netflix realizes that they face a problem with piracy and those pesky $1 DVD rentals, but they stay quite positive on what they think they may exactly be able to do with their model. And personally, they should be, as this is one business model that I don’t see failing. 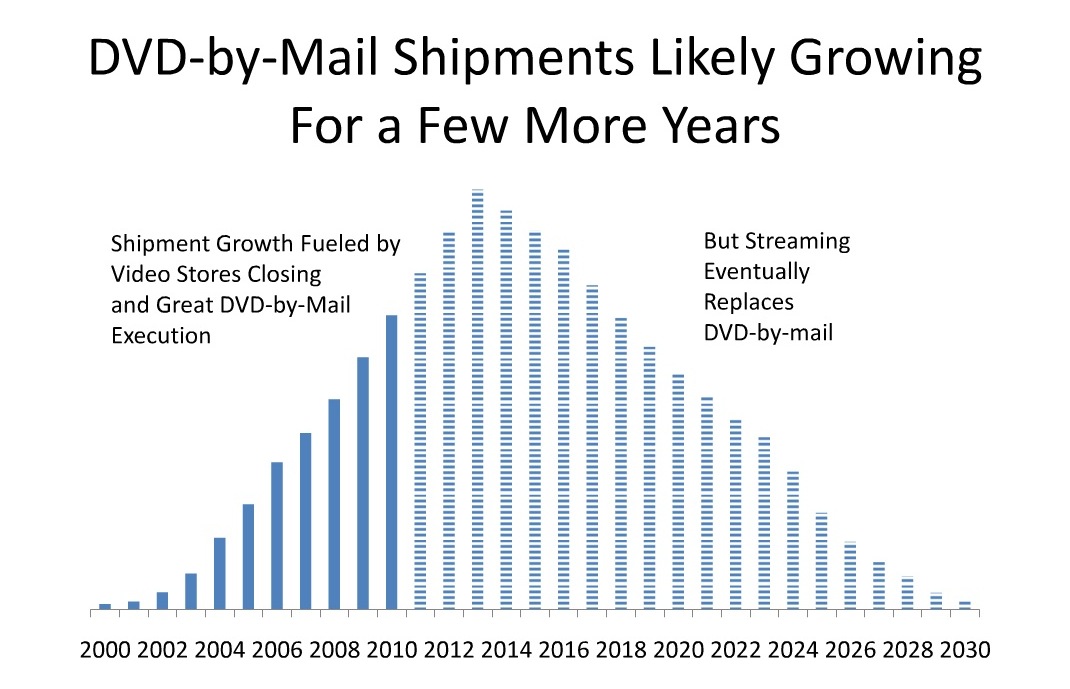 For the price that they currently offer, just roughly $9 a month, one is not only able to rent out one movie at a time, but they also have unlimited access to Netflix’s ever expansive collection of streaming capable films. Now, they could see profits dwindle as more people decide to jump ship to cheaper subscriptions, as they all have unlimited streaming, however, they will only see their subscription number rise. As online streaming becomes more popular, they will see more and more people flock to use what really is the best, and most accessible streaming system on the net.