We all know how secretive Criterion is when it comes to their new releases, with Apple like control of what they announce, and when it is unveiled. Whether they’re teasing at upcoming releases in their e-mail newsletter or sending out Twitpic’s with obscured images of what they’re watching, Criterion won’t usually let the cat out of the bag until they’re good and ready, and the release is well on it’s way to production.

Today, the New York Times dropped a small Criterion bomb of Gizomodo-like proportions, towards the end of their “Summer DVD” selections. We aren’t expecting the August 2010 new releases to be announced for a couple more weeks, but we now know what a couple of the titles are likely to be:

Criterion continues its season of releases on Aug. 10 with a collection of Josef von Sternberg silents, including ‘The Last Command’ and ‘Underworld.’

From the brief description, it reads as if this will most likely be an Eclipse box set of Josef von Sternberg‘s silent films. While they could be receiving standalone releases, the word “collection” leads me to think of Eclipse. If you’ve never seen it, you can already watch one of von Sternberg’s classics, The Scarlet Empress, in the Criterion Collection.

Are you excited about new Josef von Sternberg in the Collection? What else do you predict we’ll see in two weeks when the rest of the August releases are announced? 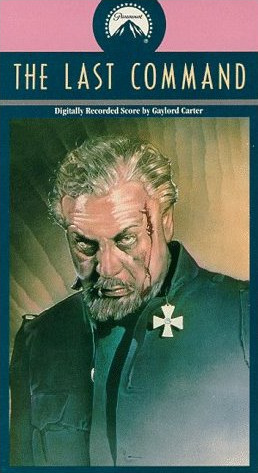 Famous powerful silent film by Sternberg about an expatriate Czarist general forging out a pitiful living as a silent Hollywood extra, where he is hired by his former adversary to reenact the revolution he just left. Next to “The Last Laugh,” this is considered Jannings’ most acclaimed performance. Deeply ironic, visually compelling film with a new score by Gaylord Carter. 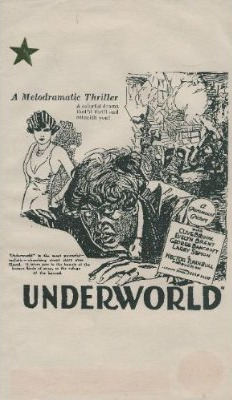 Inspired gangster saga finds bank robber Bull Weed (Bancroft) befriending a genteel bum, known as Rolls Royce (Brook), and taking him into his gang. The bum has brains and soon makes Weed king of the underworld but there’s jealousy when Weed’s moll Feathers (Brent) falls for Royce. Climactic shootout set a standard for the genre.