Terry Zwigoff’s Ghost World To Get The Criterion Treatment

To help celebrate the Criterion Collection releasing Louie Bluie and Crumb, director Terry Zwigoff made two appearances this weekend in Los Angeles and San Francisco. Zwigoff spent Friday, August 13th at Amoeba Records on Haight St. in SF, with Blind Boy Paxton and Frank Fairfield performing, as well as signing copies of the Criterion DVDs and Blu-rays. Saturday, August 14th, Zwigoff flew down to the Hollywood Amoeba, to sign more discs, bringing Blind Boy Paxton and Frank Fairfield again to perform for the fans in attendance.

One of our readers wrote in with a little nugget of rumor gold, and we wanted to share that with you all. We all know that MGM isn’t in the greatest shape these days, and that Criterion is slowly releasing some of their titles. Last week, during our discussion of Che with Moises Chiullan, we got to musing about the inevitable inclusion of Zwigoff’s 2001 film, Ghost World. According to our reader, who spoke with Zwigoff, Criterion has been approached about Ghost World, and it would appear that the ball is rolling on it’s release. It could be anywhere from 6 months, to a year before things get started, but it’s highly likely that this will happen.

Ghost World is Zwigoff’s adaptation of Daniel Clowes graphic novel, telling the story of Enid and Rebecca, two high school students, finding their way towards college, and life. It’s a story about life, love, friendships, and art. Clowes shares a musical connection with Crumb, Zwigoff, and various other artists, and his love of the blues is characterized through Steve Buscemi’s character in the film. 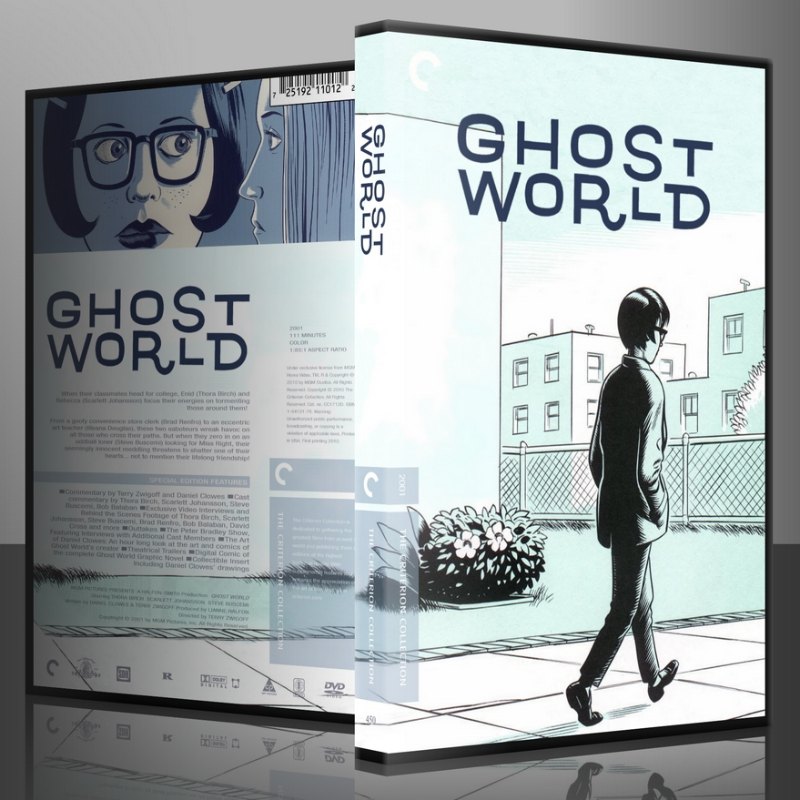 I was not a big fan of Ghost World when it was released, despite loving Clowes’ books. I would certainly love to revisit the film, and would relish in the supplements that Criterion would inevitably bring to the table.

With Crumb providing the artwork for the recent Zwigoff discs, it would be interesting if he were to also illustrate the Ghost World release, although I think it’s much more likely that Clowes will be asked.

We’ll be posting the first hand account of the signing at Amoeba later today, so look for that, complete with pictures.

What do you think of the idea of Ghost World finding it’s way into the Criterion Collection? Are there any other Zwigoff films that would fit? Any other graphic novel adaptations that you’re dying to see get the Criterion treatment?