[Update! I forgot to include the Darjeeling Limited art from the collage, so look for an updated image later tonight. – Ryan 11:00am 9/22]

[Update 3: I’m going to be making another version, with L’enfance Nue, as well as the two individual Che covers, which Criterion did not make available on their site, but luckily Eric Skillman did. – Ryan 7:00am 9/23]

Now that we have the December 2010 Criterion Collection titles announced, I thought it’d be fun to create a collage of all of the covers from the past year.

It’s been an incredible year of DVD and Blu-ray releases, along with over 70 gorgeous covers (and spine numbers) that Criterion has produced. I set up a few basic rules for creating this collage:

Below you’ll see a smaller version, not watermarked, and if you click on it, you’ll get to a full size image, with our watermark on it. If you want a watermark-free version, just shoot me an e-mail, and I’ll get it to you. (I’m watermarking it just due to the work put into it, so people know where it came from). If you decide to repost this somewhere else, we’d love a link giving us credit.

Here is the updated image, including the Darjeeling Limited cover art that I forgot (to make the rectangle complete, I had to use the infamous “Cover Art Coming Soon” graphic that Criterion uses for some of their titles. I thought it was appropriate given that there were a few late covers this year):

Okay, here are Take 4, and Take 5 (see comments below for an explanation as to why the two takes): 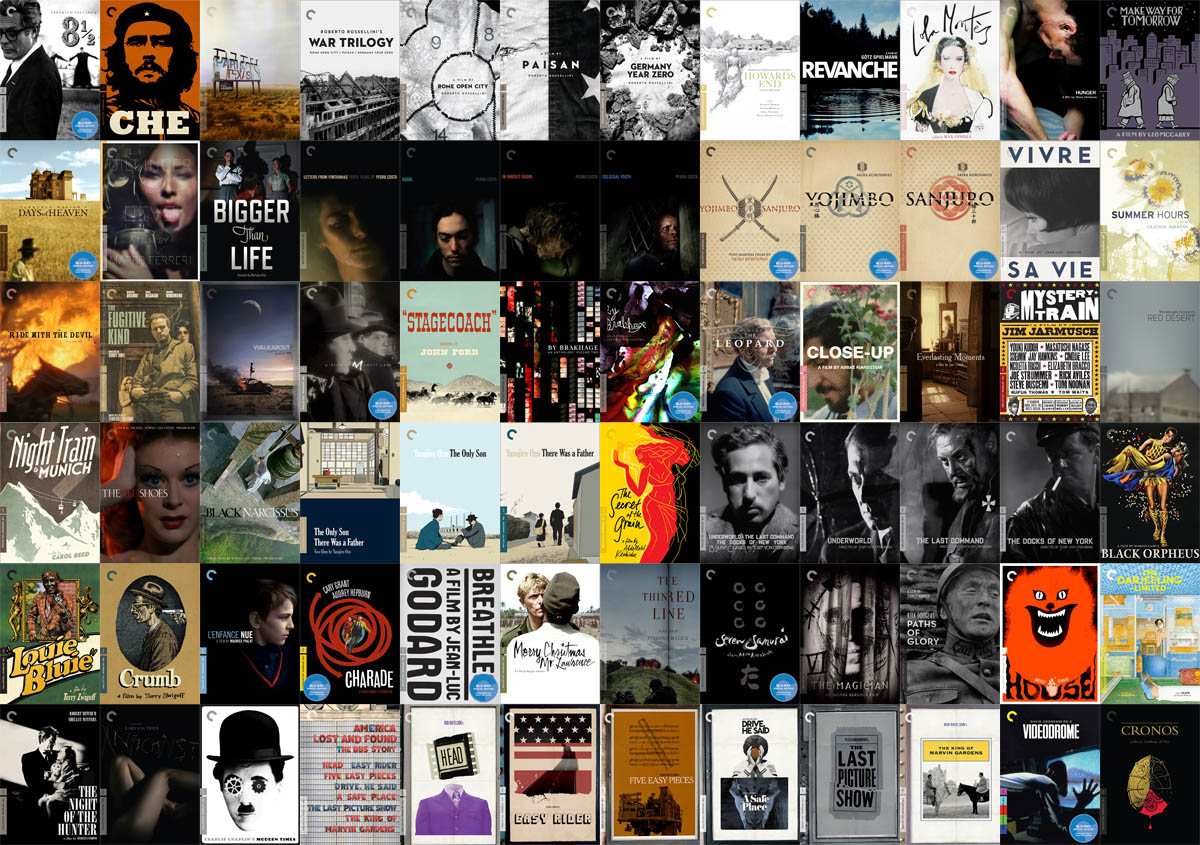 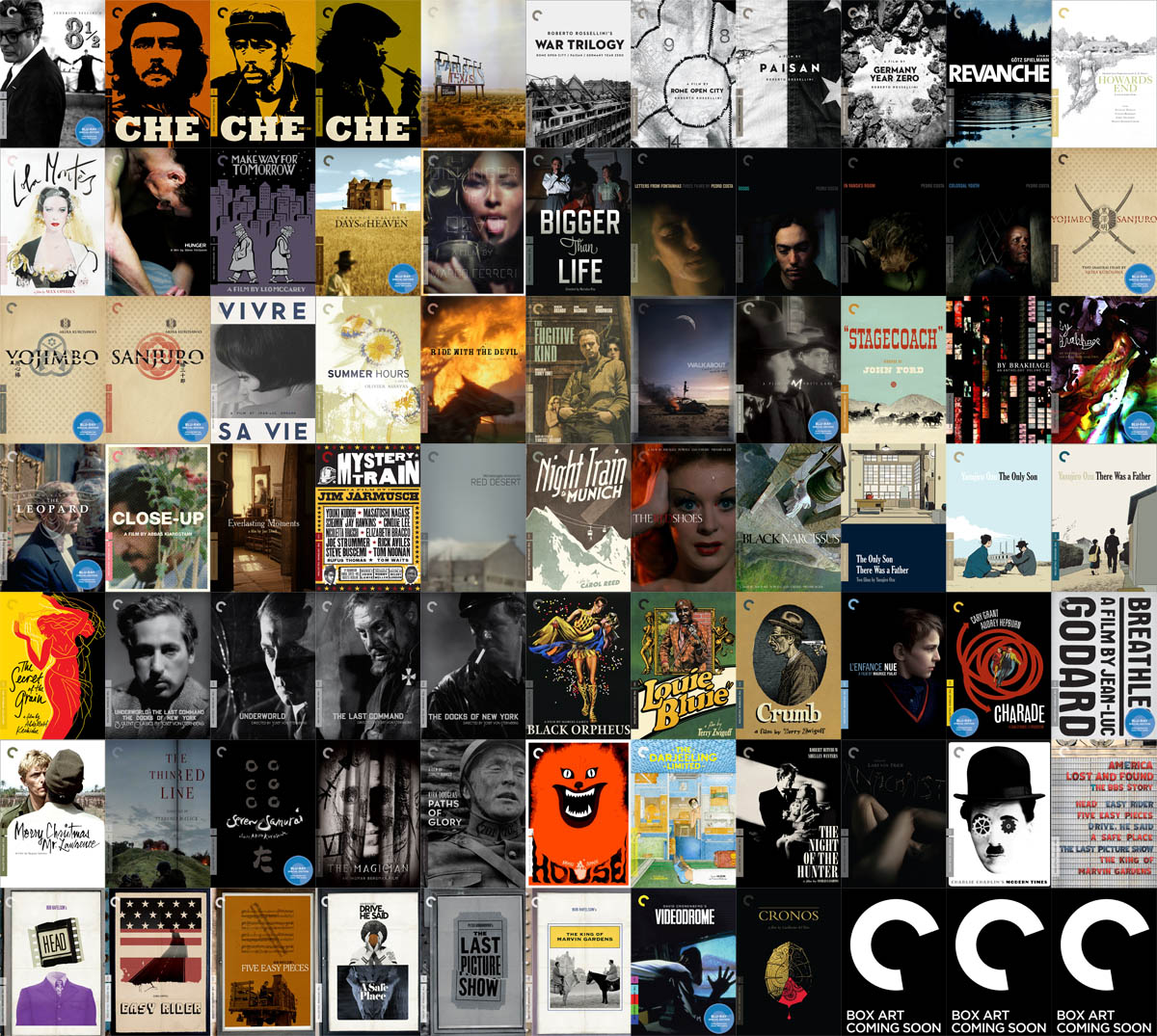 As we get closer to December, and we’ll have actually been able to see everything that was released, we’ll be making some “top ten” lists of our favorites.

What were your favorite titles of 2010? What are your predictions for 2011?