The Eclipse Viewer – Episode 42 – Chantal Akerman in the Seventies 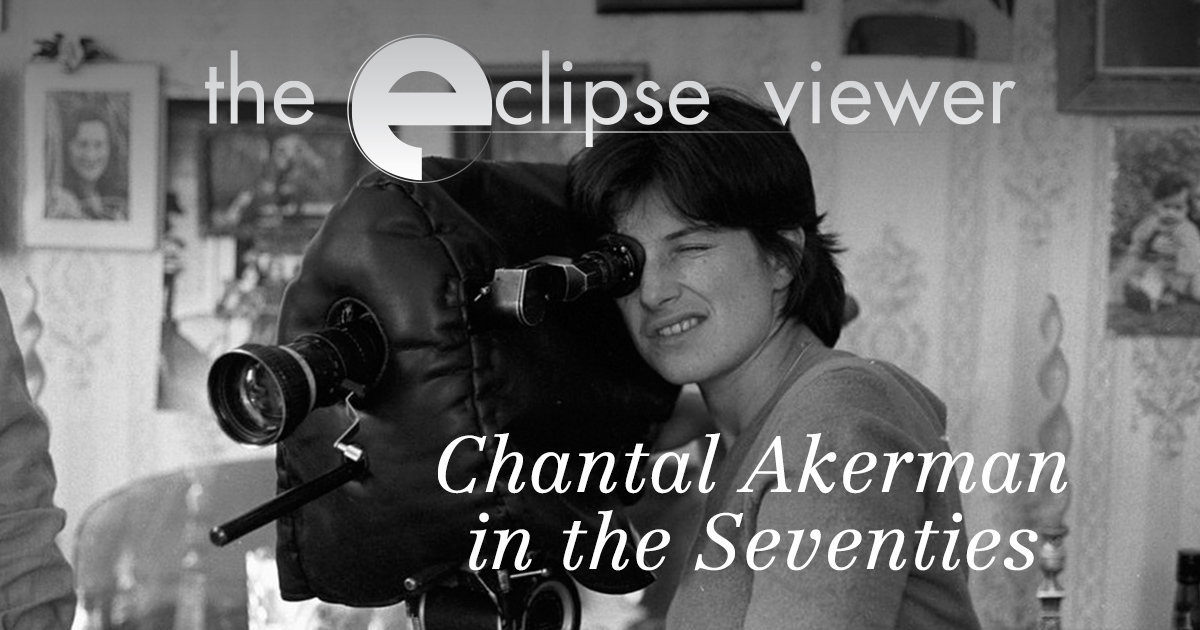 This podcast focuses on Criterion’s Eclipse Series of DVDs. Hosts David Blakeslee and Trevor Berrett give an overview of each box and offer their perspectives on the unique treasures they find inside. In this episode, David and Trevor are joined by Lady P from the FlixWise podcast to discuss Eclipse Series 19: Chantal Akerman in the Seventies.

Over the past four decades, Belgian director Chantal Akerman (Jeanne Dielman, 23, quai du Commerce, 1080 Bruxelles) has created one of cinema’s most distinctive bodies of work—formally daring, often autobiographical films about people and places, time and space. In this collection, we present the early films that put her on the map: intensely personal, modernist investigations of cities, history, family, and sexuality, made in the 1970s in the United States and Europe and strongly influenced by the New York experimental film scene. Bold and iconoclastic, these five films pushed boundaries in their day and continue to have a profound influence on filmmakers all over the world.