In the early 1960s, Federico Fellini and Marcello Mastroianni were the very model of modernism. Throwing off the shackles of neorealism with a bustling, reconstructed image of Rome that was once trapped by an innate sense of spiritually and morality, yet utterly indifferent to it, their La Dolce Vita would, along with a small handful of other films, define the worldwide perception of Europe for decades to come. Pop media is still riffing on the image of Marcello. They pushed it even further with 8½, which dove directly inward to the depths of the soul that La Dolce Vita only hinted at, or danced around. Sarris wrote that Mastroianni magnified Fellini’s soul, which, on paper, might make him seem little more than an avatar, but in truth, is everything an actor could possibly be asked to do when interpreting the work of another (in this case, Fellini’s loose screenplay).

In spite of all our misgivings about Fellini, Mastroianni, or the characters they created (or, indeed, they of themselves), they were too cool to truly pity. There still exists the sense that these guys are on the vanguard of culture. I love what Roger Ebert writes about La Dolce Vita, first admiring Marcello, then becoming him, then criticizing him, and finally pitying and loving him, because it sort of embodies the purpose of film criticism – taking a personal observation to uncover a truth about the film, about the way an entire audience relates to (a) film, and probably about the way its creators feel towards the work. City of Women is a very direct extension of those two films, 8½ in particular, and, for anyone who still wasn’t certain, pretty firmly establishes how Fellini feels about his onscreen soul, and by extension, about himself. 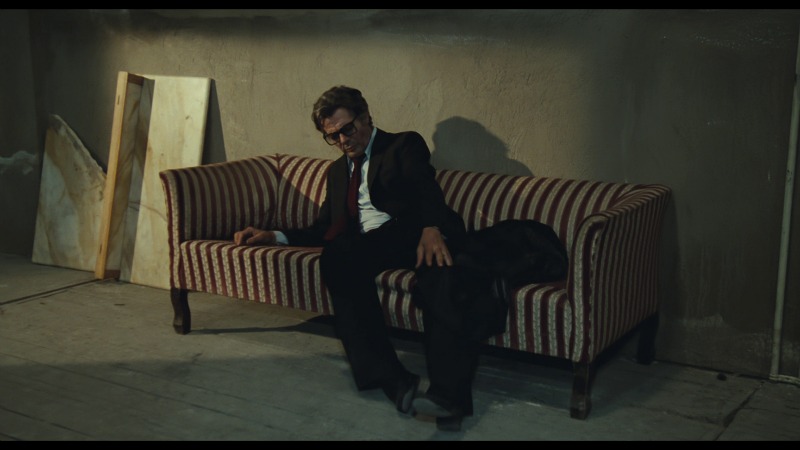 This is 1980. The 60s are long over, especially the 60s as Fellini lived them. He smartly recasts Mastroianni, changing very little about his costuming, but letting his natural aging show – what once was a fashion, cultural, and sexual icon now seems woefully out-of-place in a world that’s experienced and nearly digested the British invasion, punk rock, New Hollywood, and, especially, feminism. The film follows Snàporaz (Mastroianni) as he gets off a train early in an attempt to woo a woman he met on the train, only to end up lost in densely-populated rural area over the course of a night during which he’ll come into contact with a hotel of sorts overrun by a feminist group, a gang of young women who alternately try to help him and run him over, a sex-hungry laundress, a violently misogynist society man, and his estranged wife, before ending up, well…you’ll see for yourself.

While Guido, the Mastroianni character in 8½, had some luck with women to temporarily offset or delay his self-loathing, Snàporaz has no such luck. Repeatedly rebuked by the women he encounters, they treat him – at best – as an amusing older man, but hardly a desirable one. Indeed, Mastroianni was fifty-five at the time, and Fellini was already sixty, having filled his adult years with behavior he would simultaneously regret, yet feel unfulfilled without. The result of life spent chasing women is literalized, if condensed, as Snàporaz ends up lost and adrift, amidst a sea of women he can no longer have, but can’t stop wanting, with a wife he can’t stand, right up until the point at which she might take a liking to someone else. Even if Fellini might seem to be seeking forgiveness (if only from himself) with the character of Dr. Katzone, the sex-crazed maniac who holds off “roaming lesbians” with a shotgun as he lavishly celebrates (with an enormous cake and dozens of guests) the 10,000th woman he’s slept with, suggesting that perhaps Snàporaz isn’t as bad as all that, there’s something particular in the tone that makes very clear the guilt, shame, and regret with which he’s been living. 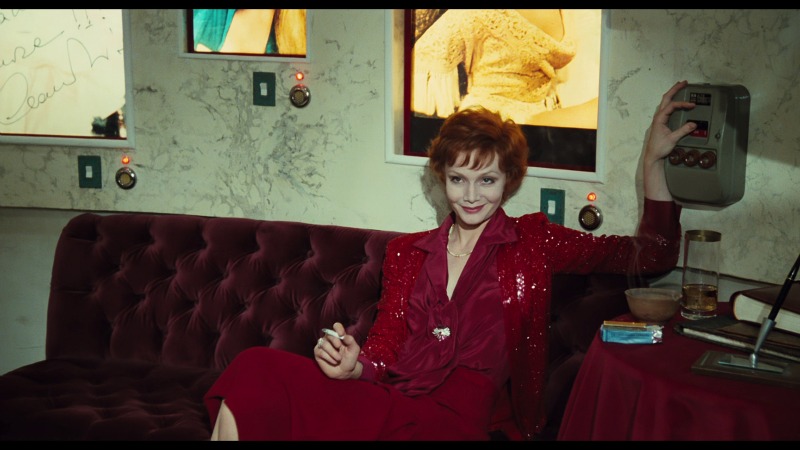 For Fellini fans, this is just as essential to his filmography as those previously-listed, more famous films, but for newcomers, you almost have to see La Dolce Vita and 8½ first, but come to this soon after. It’s a doozy.

When you do, Masters of Cinema’s new Region-B-locked Blu-ray will be waiting. The transfer isn’t among their finest work, with the grain structure almost being too fine in some shots, giving the image a waxy look, but when it’s on, it’s really great, and never hurts for fine detail. This review of the French Blu-ray, which uses the same Gaumont restoration, makes it seem like there was little MoC could do on this end, as the writer finds the same issues with that one that I found with this. Contrast is a little soft, but that felt intrinsic to the cinematography, and would be dishonest to represent otherwise. The color palette is never too bold, for as outlandish as the imagery can be, but MoC really makes it look great. The film is presented in its original aspect ratio, 1.85:1. The soundtrack is aces. 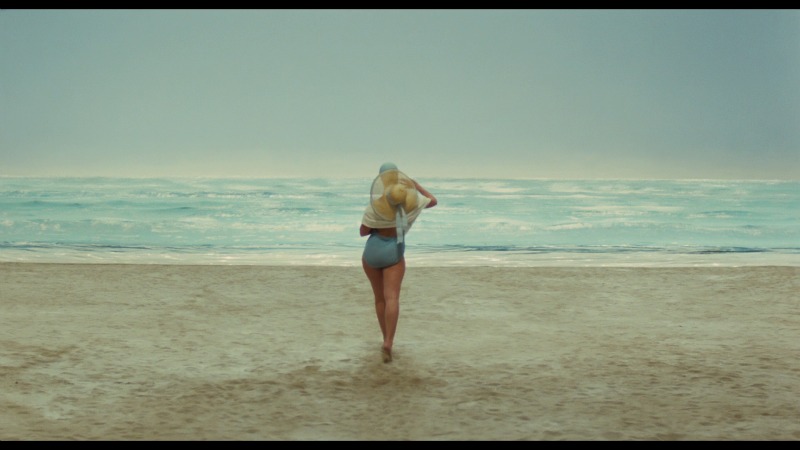 The special features are really marvelous. The biggie, and the one I’d recommend watching first, is Notes on City of Women, an hour-long behind-the-scenes documentary. Very few interviews (and those that are present were conducted on the set), mostly just observing the physical processes of bringing Fellini’s crazy visions to life, and there are great looks at old-fashioned, practical effects work that you might not even think to look for in the film, but require teams of a dozen men to make happen. Very cool stuff.

After that, go to A Dream of Women, a half-hour retrospective making-of documentary, mostly about the business and creative end of bringing the production together. It compliments Notes wonderfully, sometimes using footage from it to illustrate some points. From there, check out a twenty-two-minute interview with production designer Dante Ferretti, who was given almost free reign in his design work here, which is among the coolest you’ll see anywhere. Ferretti has more recently become Martin Scorsese’s go-to guy, but few filmmakers ever give a man in his position the license to just go batty like this, and this interview shows just how on-point and create he remains. 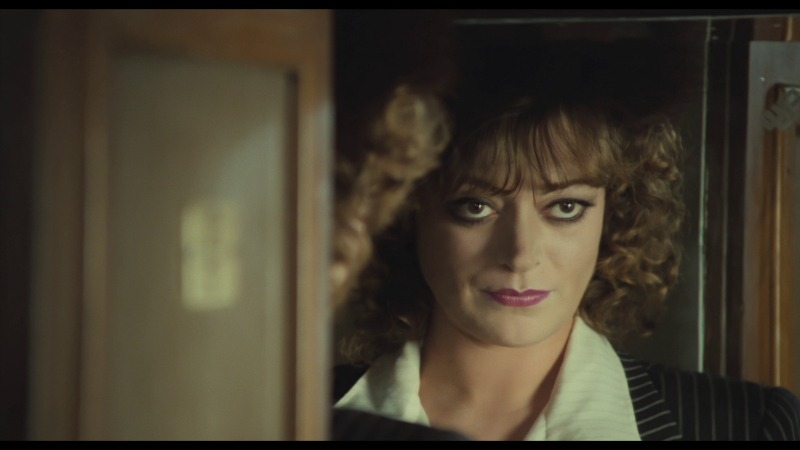 The last interview is kind of a wash; it’s with Tinto Brass, a filmmaker in his own right (probably still best known for 1979’s Caligula, who offers personal recollections of Fellini, with whom he was friends, but it mostly amounts to memories about how they used to discuss women together. It’s only twelve minutes, and there are one or two interesting bits there, but it’s pretty shallow stuff.

And finally, there’s MoC’s never inestimable, ceaselessly rewarding booklet. Dispensing with the traditional essay, they’ve included here three interviews with Fellini, an onset conversation with Mastroianni (though it’s more like a conversational essay by the actor), and some notes Fellini made of his dreams that would go on to influence City of Women. Both men are hyper-articulate (I like Mastroianni’s comment that for he and Fellini to properly understand feminism and current culture, they’d have to be in their 20s, so City of Women is necessarily an old man’s film), to the point that you might not notice how often Fellini dodges questions about his feelings towards feminism, though I think the film is immensely clear on the subject, which should be the extent of an audience’s interest. While he’s perhaps suspicious and definitely bewildered by the movement, which sometimes lends to comic exaggerations (the film is resolutely from Snàporaz/Fellini’s point-of-view), the only person who comes off more pathetic and is portrayed more negatively than Snàporaz is Katzone. The film is immensely critical of them for their inability to fathom, much less be a part of, the contemporary state of the world.

So yeah, frankly, I think City of Women is a near-masterpiece, easily as essential a Fellini film as 8½, and uses what some may see as its “dated” aspects correctly – to express universal, timeless struggles, and something essential within its author. It’s a beautifully made film, moving and deeply wrought. Masters of Cinema’s new Blu-ray presentation isn’t quite perfect (but then, what is?), but it’s still pretty damn gorgeous, and the special features are very worthwhile. Do check it out.