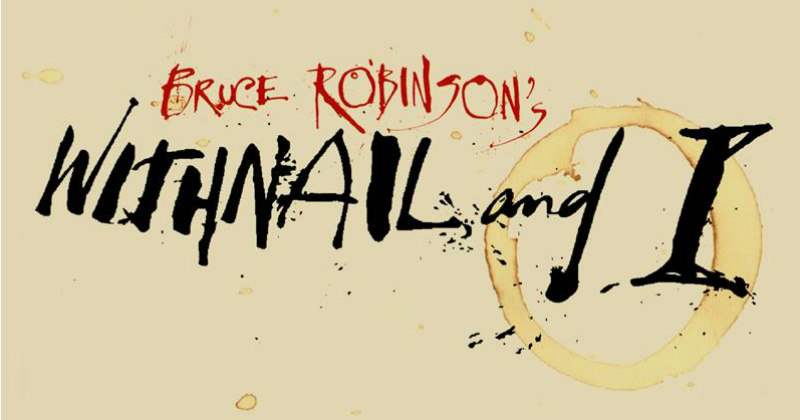 The reputation held by Withnail and I far exceeds what might have reasonably been expected of it in 1987, and perhaps even what it could reasonably hold today. It’s at once casual and surprisingly ambitious. Two out-of-work actors bum about in London in 1969, eventually winding up in the country cottage belonging to one of their uncles. Yet the film has so transcended the “cult” part of its status as a “cult classic” that the possibility of discovering it accidentally, in the manner its earliest champions would have, is beyond impossible.

Viewing it for the first time last week for purposes of this review, Withnail and I feels very representative of some larger cinematic trends of the 1980s – suspicion of authority; disgust of baby boomer ideals; a heavy reliance on “grungy” elements like drugs, repellent sexuality, cursing, poverty, and alcohol; and a certain arch comic sensibility in which every character outside of our protagonist is some sort of inhuman asshole. The cottage-owning, gay Uncle Monty in particular is treated quite poorly, relegated to nothing more than a predatory rapist. Robinson himself faced similar advances at this time in his life, but the autobiographical quality is not enough to overcome the myopic portrayal. Like so many independent films of the era, it wears its underground/outsider status with a pride that is at once endearing and a little off-putting, an eagerness to constantly demonstrate how much it isn’t like what’s at the multiplex, man. 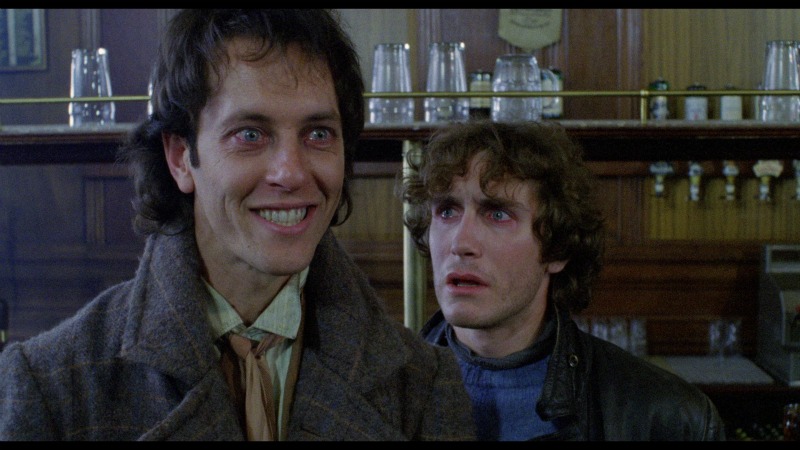 I may be reading too much into it. I was born in 1986. In the same way that many born in the ’60s and ’70s hold the fashions of that era in a sort of contempt, I have a sort of uneasy relationship with the films of the 1980s. The blockbuster era that led the charge have a superficiality that’s been oft-discussed, and the independent scene, conversely, often feels like a direct reaction against it, rather than a natural point of expression. By the same token, because I wasn’t cognizant of the world around me, let alone attending the movies during that era, I don’t know what it would be to receive a film like Withnail and I in such an environment. My point is not to denigrate those who love it as being trapped within their own experiences; merely saying that my own might be insufficient to understanding its greatness.

Richard E. Grant has been frequently praised for his performance as Withnail, and with good reason. As Ali Arikin perfectly notes in his appraisal of the film, “Withnail is concerned only about himself; a true narcissist, he wants the world’s riches handed to him on a silver platter without making even a smidgen of an effort… Withnail is the true spirit of the sixties generation: stuck eternally in an immature bubble of false idealism and self-worship.” Grant plays it to the hilt, unafraid to confront the character’s hypocrisy, but also his central sadness. He’s an actor denied a stage, so he takes every room as his performance space, if only for an audience of one, “I” (Paul McGann). But because we have that distance from him, we’re somewhat safe, his near-insanity an outer threat from which we can safely distance ourselves, content to know we’ll never succumb to his disease. 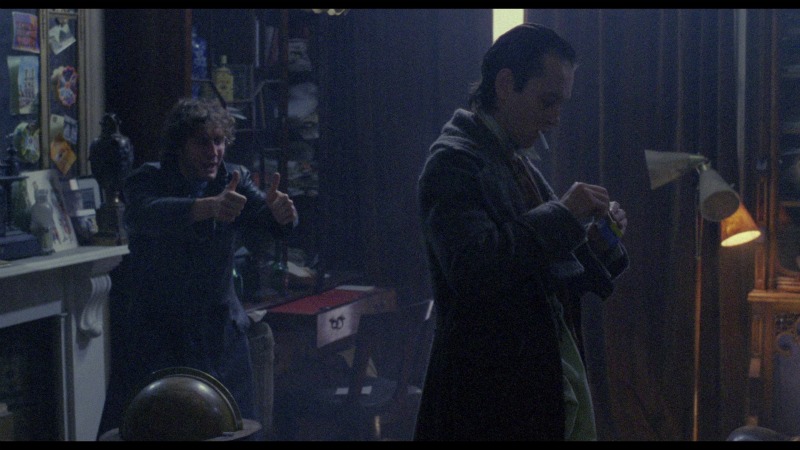 Much more potent, in nearly every way, is Robinson’s follow-up film, How to Get Ahead in Advertising, which is available from Arrow Films as a package with Withnail. Unlike his earlier film, How to Get Ahead is tackling the very essence of the then-modern era – chiefly, the infectious disease that is advertising culture, and how the drive to “have it all” removes us from our humanity. In it, Grant plays a creative executive at an ad firm, tortured over his inability to devise a campaign for a pimple cream. Rather than lock himself up in his room with some booze and ruminate over the mess his life has become – Don Draper style – he allows a boil to grow into a second head that consumes him. Since we’re stuck with this man as a protagonist, however, we have none of the safety that Withnail affords, no assurances that we aren’t a little bit like this. How to Get Ahead in Advertising is an even more reactionary film than Withnail, but because its venom is directed at its present, the confection is far more potent, more biting, more thrilling.

Both films are now available in excellent Blu-ray editions from Arrow Films – Withnail can be bought on its own, How to Get Ahead only in the two-film package – and both look quite handsome in HD. Withnail comes from a new 2k restoration supervised by cinematographer Peter Hannan. The transfers don’t try to make their grungy aesthetic look “better” than they do naturally, giving into the grain, the grime, and the limited color palette of the film stock. Detail, depth, and contrast are also very well represented. Damage is minimal, and I saw nothing in the way of compression artifacts. If these films are big for you, this is the way to own them. 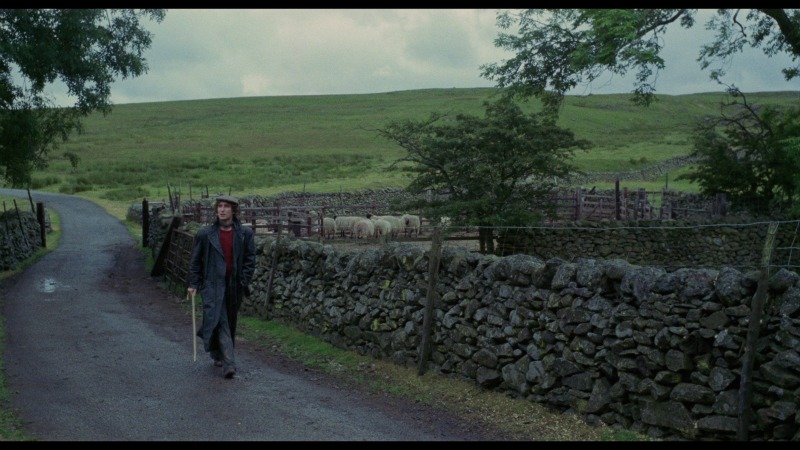 This is especially true once we get into the supplements, which are extensive, and quite interesting, though nearly all relegated to Withnail. You want a commentary track? How about two commentary tracks? One features Robinson, the other critic Kevin Jackson, who wrote the BFI Modern Classic book on Withnail. Having the two provides that perfect balance between production detail (Robinson’s stories about developing and making the film could be a film unto themselves) and critical analysis. Then, look to four documentaries produced as part of the BBC’s “Withnail Weekend” in 1999, each covering a different aspect of the film and its legacy. There’s naturally some overlap in information between these and the commentary tracks, but, well, that’s just the way it goes. Lastly, we get an interview with production designer Michael Pickwoad (who also provides the only supplement on the How to Get Ahead disc) and a short appreciation of the film by British comedy writer Sam Bain.

The now-OOP limited edition included a 200-page hardcover book that could probably kill a man if wielded properly, but the booklet included in the more condensed two-pack, containing new writing by Vic Pratt and Frank Collins, an Empire interview with Bruce Robinson, Richard E. Grant, Paul McGann and Ralph Brown, has a lot to offer, too.

I may not be in the best position to appreciate Withnail and I, and perhaps I’ll revisit it in a few years and find it a masterpiece. But, as it is a dearly beloved film for many, this is an easy disc to recommend, providing an excellent transfer and a wealth of supplements. I would especially recommend getting the two-pack that includes How to Get Ahead in Advertising, not only because I think it’s just a flat-out better film, but it provides a fuller understanding of Robinson as a filmmaker, and another dynamic performance by Richard Grant. Besides, it’s only an extra couple pounds.

Written By
Scott Nye
More from Scott Nye
Not all of the humor will land for everyone; not all of...
Read More