Douglas Sirk’s 1948 thriller begins with a corker of a sequence – a train hurtles towards the camera, rumbling as it seems to collide directly with the viewing audience; onboard, a woman stirs awake, anxious and worried; she opens the window shade, sees another train approaching on parallel tracks, and screams. She runs down the train car, yelling for the train to stop, desperately attempting to pull the emergency brake. She’ll have to wait until they reach Boston, she’s told. She didn’t look well when she got on at Grand Central Station, they say. But she doesn’t remember getting on the train at all, only falling asleep in her own bed. There’s a lot that Alison Courtland doesn’t remember lately.

Douglas Sirk would come to make his name in melodrama, but in the 1940s, having successfully escaped Nazi Germany, he churned out a series of thrillers and stately European dramas for Hollywood studios. By the time he got to Sleep, My Love, he’d lived in the U.S. for a decade, and was starting to get a feel for the social order he would come to observe so well with his most famous works in the late 1950s. The plot is relatively simple – Richard Courtland (Don Ameche) is trying to drive his wife, Alison (Claudette Colbert), to madness and eventually suicide so he can obtain her fortune and marry a model (Hazel Brooks) – but the mood and tone extraordinarily complex and deeply felt. 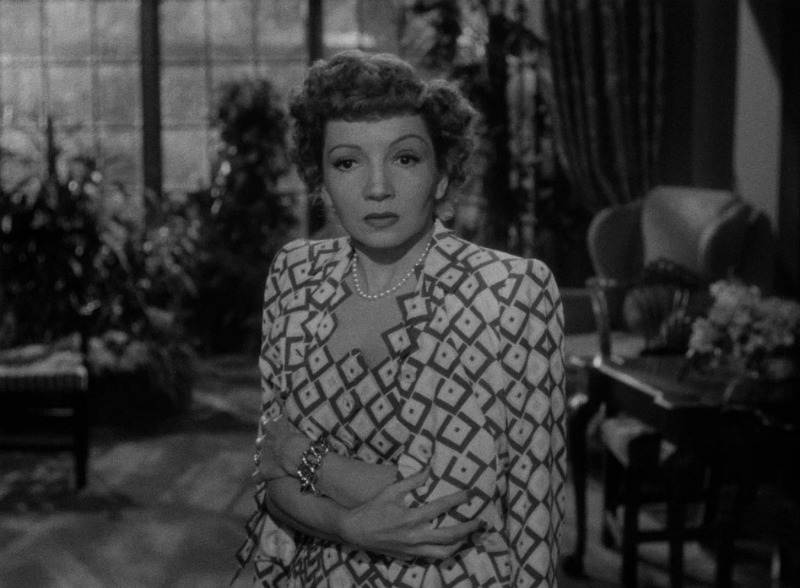 Alison isn’t very happy in her marriage, but is making an earnest go of it anyway. She meets Bruce (Robert Cummings), an international businessman whose infatuation with all women hardly stops in the company of someone as lovely and charming as Claudette Colbert. He amusingly mourns her marital status, but shows few signs of letting that deter him; for her part, she seems hesitant to rebuke him. Richard runs the Courtland household with the sort of understated iron fist that men deploy so reflexively, never insisting upon a thing, but allowing for no other option than that which he intends. Alison would never be able to diagnose her suffocation. She loves her husband. He seems to love her. He seems genuinely concerned when he suggests a psychiatrist, when he tells her that she shot him in her sleep, when he makes her hot chocolate every night with that oh-so-special ingredient.

Yet while Richard is terrifying, Ameche is not. Known better now for playing charming, leading-man roles in Midnight (also with Claudette Colbert) and Heaven Can Wait, there’s something rather tragic about his performance, too caught up in lust and desire to see clearly what he’s doing, slightly reticent as he urges his sleepwalking wife off her balcony. This is the man, after all, who married a woman wealthier than he, and lives in the house she inherited – not marks against the man’s character, to my judgment, but in the context of the 1940s, he seems a man once willing to sacrifice his pride, now looking to rule his roost. 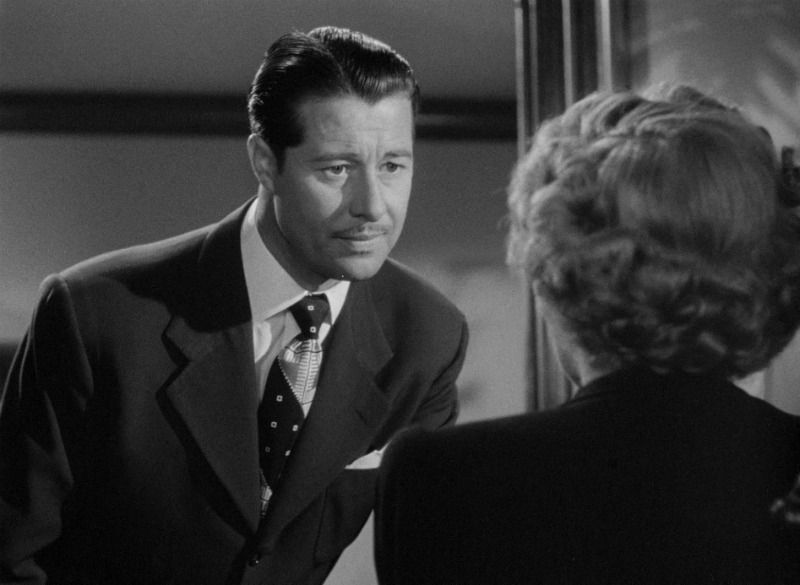 But the picture is entirely Colbert’s, so beautifully playing the agreeable wife, the grand society hostess, the charming travel companion, the terrified victim – seemingly of her own psyche – and ultimately, a woman whose entire world has been destroyed by the realization of what has happened. Even the finer thriller filmmakers of the time give short shrift to the emotional toll of of being wrapped up in a murder plot – you know, the kind of thing that might prove a life-changing experience – but Colbert and Sirk really capture, in a way I haven’t seen much in films made before Rosemary’s Baby, the true terror that comes with feeling there is some horrible force out to destroy you, yet being unable to provide any evidence or make anyone believe you. Sirk’s conclusion suggests that the true nature of Alison’s terror – of a man exerting his will over her life – is far from circumstantial, but embedded culturally, and will likely factor into even those relationships that don’t prove so murderous. It’s gutsy, haunting, rather forceful stuff, and proves that Sirk was a top-notch filmmaker long before his more widely-accepted reputation would suggest.

That filmmaking is on glorious display in Olive Films’ new Blu-ray release. As is the Olive Films way, they’ve taken the source they were given and transferred it as it stands, with limited effort exerted in the way of clean-up or modification, let alone restoration. While this may not make for an Ultimate Edition, purists like me will no doubt appreciate the result, which is, yes, slightly damaged, but also crisp and grainy and genuinely film-like in a way that a typical studio-sanctioned master would attempt to avoid. You get the bad with the good. Contrast is very fine, really bringing out the richness of cinematographer Joseph A. Valentine’s deep shadows. Valentine might be better known for his work with Alfred Hitchcock, particularly with Rope (an adventurous film, technically speaking) and Shadow of a Doubt, which bears much of this film’s paranoid tone. 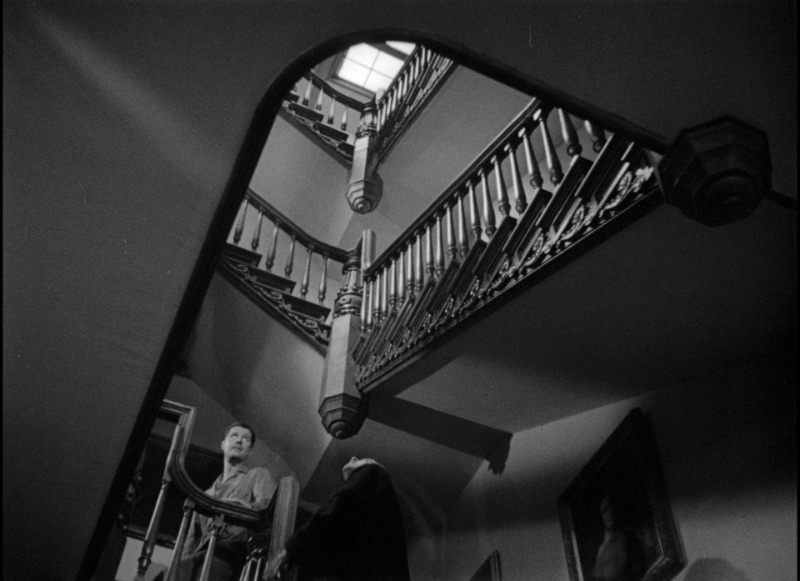 Olive releases can be characterized by two things – spectacular, if unrestored, transfers, and zero supplemental features. This release disappoints on neither count. Yet I would still recommend it, in part because I doubt I’m the only one who increasingly just doesn’t have time for special features, but also because this is a very fine film that can be got for relatively little (a cool $15-$18). Especially for Sirk fans, this is a huge release. It’s only the fourth of Sirk’s films to be released on Blu-ray anywhere in the world, and the very first to hit in the U.S. (with All That Heaven Allows ahead). Fans of psychological thrillers, too, will find a lot of love here. Recommended all around.