Even as the wave of New Hollywood films quickly changed the aesthetics of cinema, the hunger for classical story models remained. Films might not be made in studios anymore, but they’d essentially be addressing the same concerns that had been propelling them forward since at least the 1940s. Serpico, for example, is essentially the story of High Noon, that most square of motion pictures, told on a grand scale and in New York – one honest man stoically maintains his dignity in a world eager to corrupt him. But then, if there’s one thing American audiences never tire of, it’s “one honest man” stories.

Unusual perhaps is the particular honest man with whom we find ourselves sharing company – Frank Serpico (Al Pacino), a hippie of sorts happy to keep his beard and hair long, his hours loose, and his women many as he goes about his police work without a good God damn what anyone else on the force thinks about it. Except, the people to whom he’s indifferent are not a series of captains threatening to take away his badge unless he stops playing things so rough. In fact, Serpico does things quite by the book; it’s his captains that are rough. His main conflict comes in the form of an increasingly hostile police department that’s so used to taking bribes, they certainly have no room for a guy who doesn’t. For much of the film, Serpico’s goal is pretty straightforward – keep his head down, do his job, not get involved in whatever else is going on around him. But there’s only so long you can ignore the storm before it cuts your power. 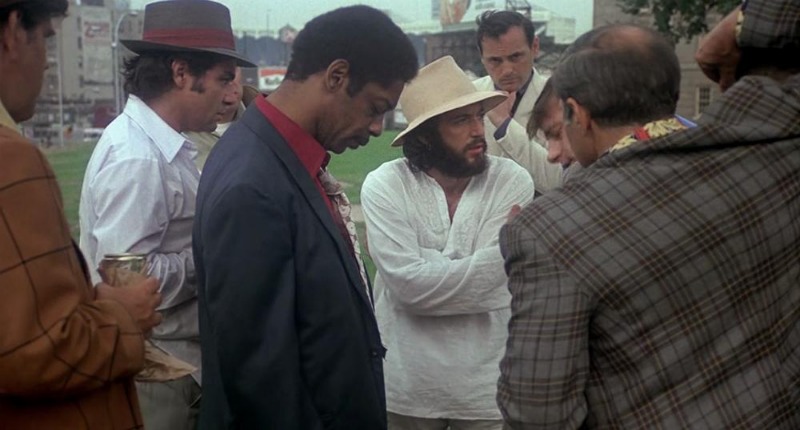 This makes the more plotless first half of the film sound like a bit of a drag, but Waldo Salt and Norman Wexler’s screenplay, adapted from the biography by Peter Maas, is so full of great isolated incidents, Lumet’s direction is so alive, and Pacino is so damn electric that such petty concerns as “what does this scene add to the story?” hardly matter. It is not enough for Pacino merely to move, or to gesture – he must flail, he must dance. Some may call this overacting, but there’s a specificity to it; even when he doesn’t seem totally in control, it seems to come from his gut, not his calculating mind. Lumet, wisely, keeps his shots wide, following Fred Astaire’s maxim to keep the whole figure in the frame with a minimum number of cuts.

When he does cut, we may find ourselves across the room, or two years into the future. It’s a bit of narrative economy, packing the vast scope of his story into a relatively compact 130 minutes, and it also keeps our protagonist somewhat unknowable – it’s easy to say “well, nothing of significance must have happened during that time,” but who’s to say? He obviously evolves quite a bit from the clean-cut recruit we meet at the beginning to the man at the end, nearly as shaggy as the sheepdog he’s walking, in more ways that just the physical. We don’t understand every stage of that transition. Pacino makes it real, but we don’t entirely understand it. The cuts have a way of accentuating just how much time is past, raising our curiosity only to be met with surprise, underlining how much monotony Serpico has to endure for even modest advancement. 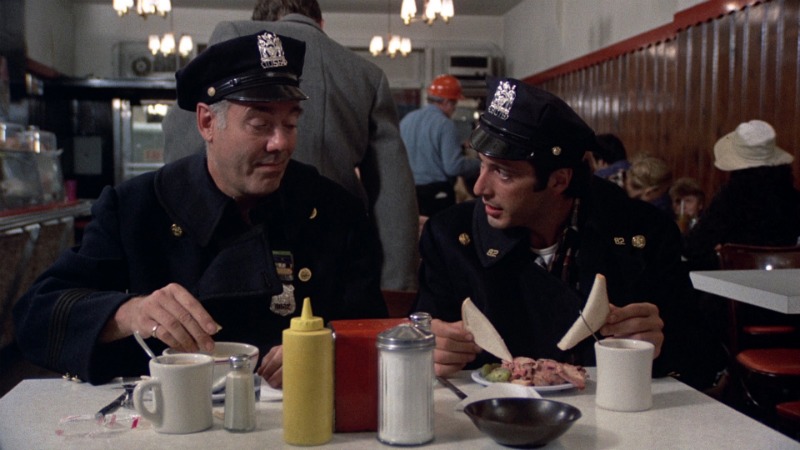 Masters of Cinema brings Lumet’s legendary film home in a great looking (Region-B locked) Blu-ray edition. Obviously the filmmaker’s rough-and-tumble, most handheld, mostly-natural-lighting shooting style is never going to appear extravagant, but it can certainly look beautiful, and it does. Grain is robust, keeping a very film-like appearance, and the contrast is gorgeously rendered. The blacks are as dark as the world Serpico must wade through. Damage is very minimal.

The disc special features are a little disappointing – three short featurettes running 10, 13, and 3 minutes respectively, filmed sometime in the early 2000s, featuring Lumet and producer Martin Bregman recalling the development and execution of the film. The way the film came together and was executed is of interest, but these interviews are too self-congratulatory to really make much of an impact. We also get a photo gallery with commentary by Lumet, and the film’s trailer. 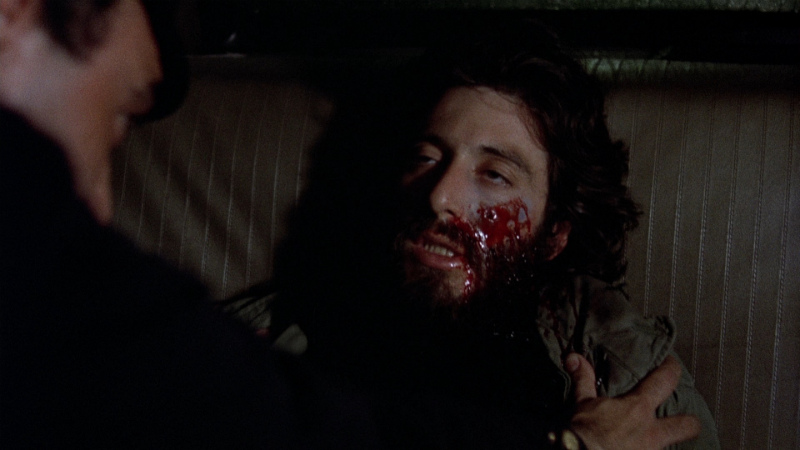 As always, MoC adds tremendous value with their booklet, this one featuring an excellent essay by Karina Longworth, who literally wrote the book on Pacino, and has much to say about the beauty of the way he handles his hair here, an interview with Pacino from 1979, and an interview with cinematographer Arthur Ornitz. The latter is very technical, so your mileage may vary, but the interview with Pacino is a hoot, especially for those of us who grew up with him more as a movie star than a serious actor. Great to be reminded of where he came from.

For fans of the film, filmmaker, or star, this is a must-buy. For those just dipping their toes into 1970s cinema, this is one of those tremendous entry points that offers plenty in the way of tension, thrills, and other matters entertainment. Masters of Cinema have done a very fine job putting this together, starting first and foremost with the transfer, which really brings the film to life.

Written By
Scott Nye
More from Scott Nye
How to present a stunning theatrical experience on home video? This is...
Read More