I’m perhaps a little ashamed to admit that this Blu-ray provided me with my very first viewing of Terry Gilliam‘s classic film. But here we are, ladies and gentlemen. I had never quite avoided it, but perhaps considered it a lesser priority as it seemed like simply a fun jaunt through time travel, which is certainly not without appeal, just not a particular focal point for all. I was delighted to find, however, that Time Bandits has a great deal on its mind, maybe too much one might say (I wouldn’t, but, you know, one might). It deftly, and unobtrusively, explores modernity, morality, and spirituality, all within the realm of, yes, a fun jaunt through time and space.

11-year-old Kevin (Craig Warnock) either has an overactive imagination or some interesting twists of fate in store when a band of dwarves come bounding into his bedroom with some sort of map they’re intending on keeping to themselves. Turns out the map gives the locations of portals throughout various points in history that allow them to travel through time, and, while they usually used such portals to jump in and repair various bits of the space-time continuum (this movie’s got a big imagination) in service of the Supreme Being (a kind of God), they’ve decided to chuck all that and go steal some gold. Hence the “Bandits.” And so they set off on a wild, expansive adventure, in the truest sense. The film has its fun early on visiting Napoleon and Robin Hood, a figure of slightly more questionable legitimacy, historically speaking, but who indicates how wildly the film will be willing to deviate from any sense of the “real” in favor of, well, the vastly more interesting. When you have the choice between including a minotaur and not including a minotaur, might as well include the minotaur. 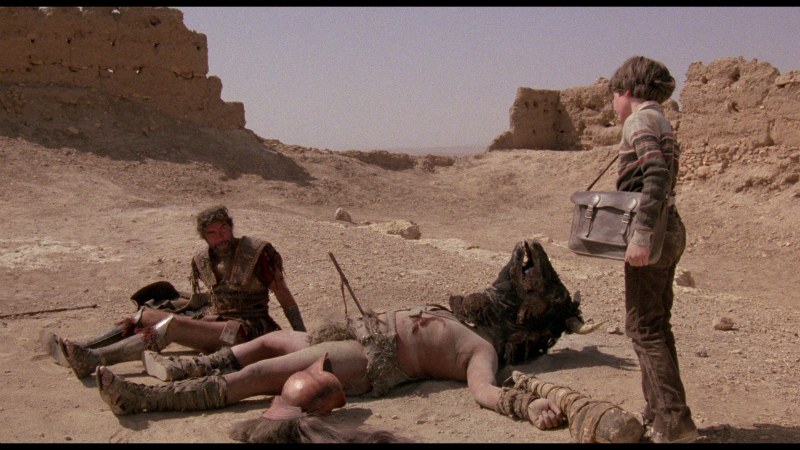 All the while, Kevin and the dwarves (surely a discarded punk band name) are secretly being monitored by Evil (David Warner), a being that could be interpreted as a sort of Satan, who wants to acquire the map for himself. The specifics of his plan are delightfully batty, and Gilliam (who cowrote the screenplay with fellow Monty Python alum Michael Palin) giddily link most of the tenets of modernity – especially technological – with the very embodiment of evil. It’s not a new notion, but the love with which Gilliam depicts the past and the imagination beautifully highlights the relative mundanity of the kind of inventions that often seem like lifesavers. In fact, much of the film skates by on the pure love of making it, giving perfect expression to Truffaut’s notion that a film should express either the joy of filmmaking or the agony of it. Gilliam has had his share of agony, but when he’s got joy in his heart, he’s unstoppable.

Arrow’s new (Region B locked) Blu-ray release is exceedingly good. The transfer was approved by Gilliam, and a demonstration on the disc shows the great lengths to which they went to make it match his vision of it. The original camera negative was not in the worst shape, but certainly a great deal of color timing was completed all over again to give it a sparkling, but hardly too clean, new appearance. The film still has that sort of faded quality one associates with films of the early 1980s, but within its own sphere, colors are very strong, detail looks tremendous, and they left all the film grain in that the negative would afford. I was really impressed with this disc. 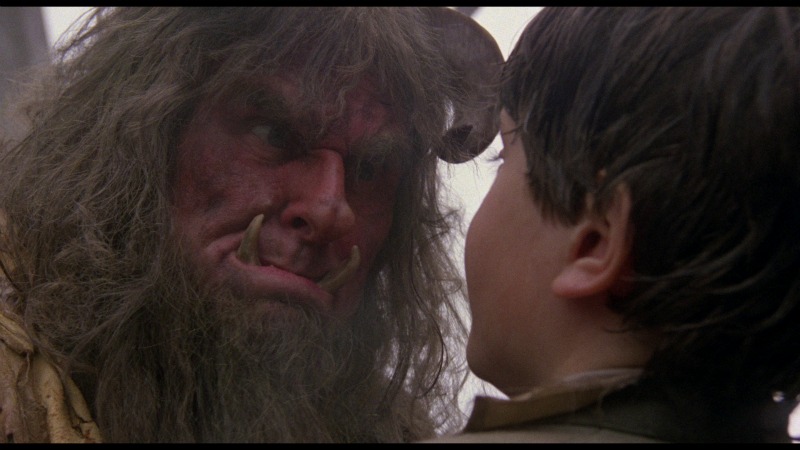 Greatly enhancing my affection for the disc are the incredible supplements Arrow produced themselves for this release. Unfortunately, we lose the commentary that appeared on the out-of-print Criterion edition, but we gain interviews with Gilliam, Palin, Warner, special effects supervisor Kent Houston, costume designer James Acheson, and production designer Milly Burns, who also hosts an animated featurette that shows how they got from her sketches to the final results. All of them express the greatest affection and admiration for the film and Gilliam himself, providing numerous details of the production both personal and professional that give one a greater appreciation and understanding of just how much work went into such a low-budget movie. Most of them end up remarking on how much creative freedom they were given, since the low budget prevented too much worrying on behalf of the money people, and noted that the higher-budget work they eventually received ended up yielding much less imagination and innovation. All told, it’s nearly 100 minutes of supplements, and one of the few times I can say that they are all thoroughly enjoyable.

Time Bandits has come to DVD and Blu-ray about forty-five different times, but looking at the array of options, I can say with a good deal of faith, between the quality of the picture and the available supplements, this is the best of the bunch. Given that they’ve only created, and not replicated, those supplements, certainly don’t throw any other editions away, but no matter how many times you’ve bought it before, you can add this to your collection with tremendous confidence.