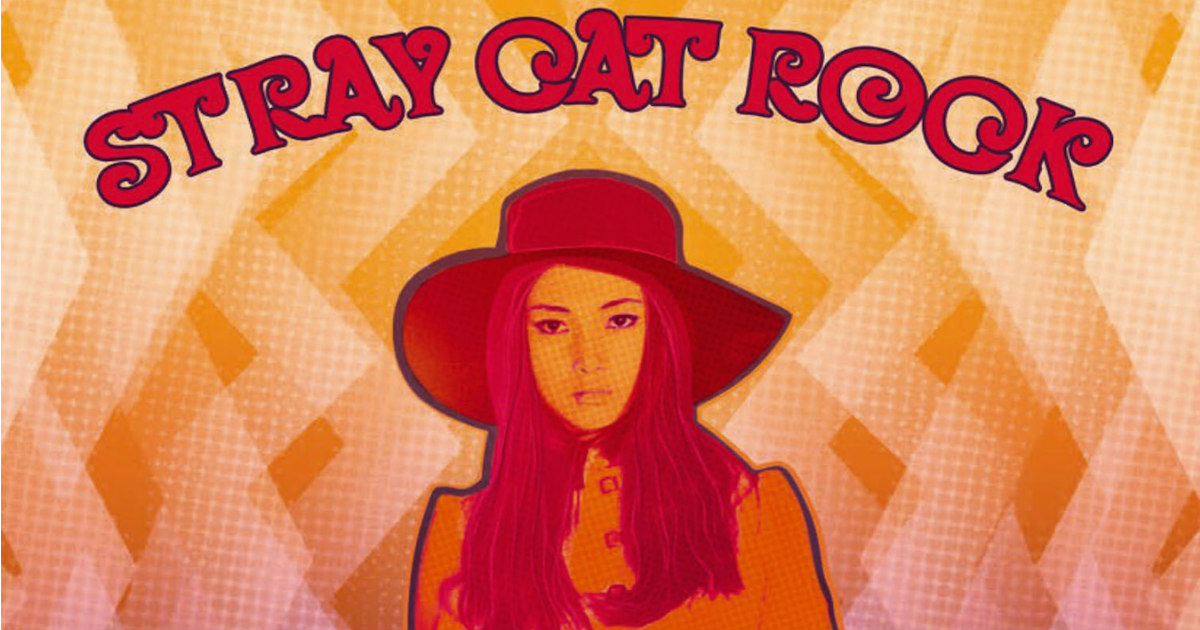 When dealing with exploitation cinema of the 1970s in the post-Tarantino era, there’s something of a heightened balance between “the thing” and “what the thing looks like.” The dichotomy was always there – the posters typically promised a good deal more than could be delivered on small budgets and quick schedules – but has since become even more grotesque now that celebrating such films has become an industry unto itself. Arrow Video has become a key player in this with their dozens (nearing hundreds) of Blu-ray editions celebrating the best, and a good deal of some of the lesser, genre films from decades past. Their new collection rounding up the films in the Stray Cat Rock series offers a little of each end of the spectrum. None are the sort of hyper-charged, riotous, nonstop-sex-and-carnage onslaughts that modern imitators revel in, but at its best, the series is a rather potent drug that achieves all it sets out to be.

Not that it isn’t rough going getting there. The first two films – Delinquent Girl Boss and Wild Jumbo – could be called “comically underfunded” if they weren’t sort of painful to sit through. Seemingly, they could barely afford lights, as outdoor showdowns become physically difficult to follow. The mostly-handheld camerawork varies between “charming off-the-cuff” and “insufficient in communicating narrative.” Pop star Akiko Wada anchors the first, as the leader of a girl gang up against a more powerful organization. The high point is an extended car/motorcycle chase through road, bridges, stairs, malls, trainyards…at a certain point, it seems as though director Yasuharu Hasebe simply drove around the city and said “put a motorcycle there,” so disconnected is each location from the last. And while it’s certainly amusing to watch them fit these vehicles into increasingly-unlikely spaces, there’s not a lot of urgency to the whole rig. Even the passers-by (maybe they’re paid extras, but you could never be sure) don’t seem terribly alarmed by the stunts. Wada makes for a compelling lead, and the film nicely establishes the series’ tropes – girl gangs, violence, random musical interludes, occasional early-60s Godard influence – but it’s hard to imagine it being remembered outside of its association.

Much rougher is Wild Jumbo, about a group of youths who play jokes on people, enjoy some light kidnapping, and uncover a stash of weapons buried during World War II. And as we all know, weapons that have been underground for a couple decades often work great. Toshiya Fujita directs his first of two entries into the series (he’ll show up again for the fifth, Crazy Rider ’71), both of which are marked by a style so casual it suggests Joe Swanberg’s early work was aggressively urgent. The man is just not in a hurry to get anywhere fast. Wild Jumbo does have a fairly lovely, tragic finale, I’ll give it that much.

But it’s Hasebe’s third and fourth entries, Sex Hunter and Machine Animal, that really find the series firing on all cylinders. Meiko Kaji had been in the first two films, but Hasebe really gives her the spotlight. In each, she plays the gang leader, and you know so the moment she comes onscreen. Hasebe frames her powerfully, her small stature filling the frame beyond what it seems capable of. Finally, the Nikkatsu studio seems ready to spend some actual money, so that the ostentatious lighting in the musical interludes is now present throughout the picture. As in his excellent Retaliation, Hasebe upsets the frame by foregrounding objects where we expect to see people, and he outright changes the aspect ratio in some scenes to the constrictive 4:3 (from the anamorphic 2.35:1 that defined Japanese cinema at the time), but when he wants to go for an absolutely gorgeous widescreen image, the shackles put upon those previous works are finally unbound. The action now has space to breathe, the actors are more emboldened, and the sexuality is more clearly-expressed, though the films never quite indulge in pure exploitation (leave that to Fujita and his hippie orgies). The stories? Gangs, drugs, deals gone bad, deserters from Vietnam, race relations, torn-up cars, and cars tearing up the road.

The Blu-ray editions of these films (the set is dual-format, but come on, we know where our bread is buttered) all look pretty good, though it’s clear little clean-up or restorative work was done. Hardly a frame goes by without some kind of wear or debris – mostly in the way of harmless specks – and the colors are subdued in the way such things get with age. Some of this has to do with the stock at the time, which naturally gave more faded colors, but the decision was clearly made somewhere along the way to present them “as is.” Even the reel change marks remain. Nevertheless, sharpness, depth, and detail are quite strong and grain is nicely textured. With all five films (short though they may be) crammed onto two discs, I didn’t notice any compression artifacts, so hats-off there.

You don’t get a ton in the way of special features, but the interviews with Hasebe, and actors Tatsuya Fuji and Yoshio Harada, provide some fun context for just how rushed and wild the shoots for these sort of films could be. The set also comes with a booklet with writing by Jasper Sharp. The discs are region-free.

Whether it’s worth it to buy the whole set for two excellent films is of course between you and your wallet god, but Arrow’s done significant work simply in collecting these and making them available in the English-speaking world. The transfers aren’t top-of-the-line, but they’ve clearly worked hard to preserve what’s available. I’ve really enjoyed getting to know Hasebe’s work through their releases, and if you’re a fan of this period of Japanese genre films, you really can’t do without them.