“Where does it come from?”

The vast majority of films we see are utterly comprehensible. Not only can we follow the narrative beat-for-beat, not only can we recognize its relative place in the cinematic landscape (with regards to genre, theme, aesthetic, etc.), but we can recognize the impetus of the filmmaker, a relative emotional, intellectual, or experiential place at which it all began. Very rarely are we tossed totally to sea.

I don’t know where Walerian Borowczyk comes from. I mean, I know he was born in Poland, that he used the prize money from winning the Gold Medal at the Brussels Festival of Experimental Film to emigrate to France, where he pretty much worked the rest of his life. I don’t know where his films come from, at least the ones I’ve seen, the ones presented on this disc. They are an utter mystery to me. Rhythmic, yet chaotic; beautiful, yet grimy and debased. Whatever familiarity they hold is only in retrospect, some way in which the mode he worked was eventually regurgitated and diminished. Many of them are animated, some are not. Most contain aspects of one another, some vestige of the real world embedded in the imagination, some trace of imagination to illuminate unbearable reality. 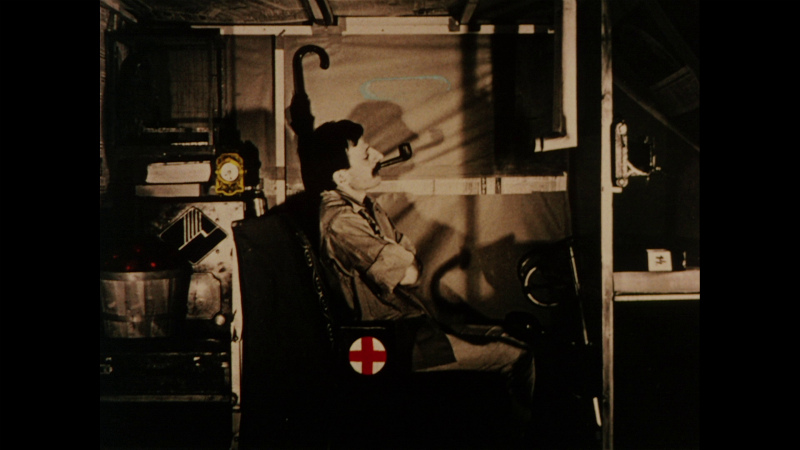 The earliest film on the disc nicely establishes his working method.”In The Astronauts (1959), Borowczyk employs a series of cut-out photographs, capturing his subjects from a variety of angles in a variety of poses, with their backgrounds sometimes photographed, other times drawn. The process could be described as cartooning, stop-motion, live-action, or some combination of all three. The result is beguiling, as thrilling for its undercurrent of science fiction as for its sheer unpredictability. The protagonist, a scientist(?), alternately uses the technology at his disposal for extraterrestrial exploration, spying on half-dressed women, and playing jokes on the well-to-do. He flies around women’s hats. His owl mocks him. The film is credited to both Borowczyk and La Jetée director Chris Marker, but the latter insists his role only went so far as his name, as Borowczyk was not yet a citizen of France and could not, per the production company’s policy, direct the film alone.

The other short films range from the inventive, but totally lucid – Renaissance (1963), in which a room, and the objects therein, seem to have exploded, are are slowly pieced back together over the course of its running time; or Joachim’s Dictionary (1965), a modest tour through the beginning of the alphabet; or Grandmother’s Encyclopaedia (1963), a rather torrid journey through same – to the nearly indescribable. Angels’ Games (1964) so abstractly addresses Nazi concentration camps that the U.S. version opened with a note explaining that the music for the film came from a Polish chant from the concentration camps. That note does not appear in the original source that Arrow presents here, and, as such, it is only on close viewing that its subject reveals itself. 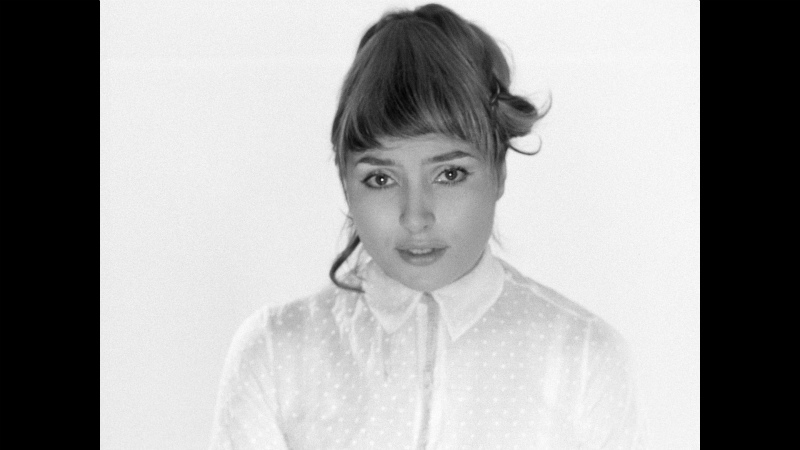 The best of them is Rosalie (1966), based on a short story by Guy de Maupassant published eighty years prior. Much of the film simply observes a woman (played by Ligia Branice, Borowczyk’s wife, who had previously featured in La Jetée) speaking her story directly to the camera, the horror of her tale both contrasted and heightened by the pure white background behind her, which seems to grow more overpowering as her story continues. Stills interrupt it, psychic assaults that trigger in her – and soon, in us – the painful specificity of her plight; those who caused all her pain, and the objects that assured its continuation. They repeat, more assaultive each time, until a kindly photograph of a man becomes something monstrous, a shovel an instrument of murder.

Not all are so aggressive. The rather placid Diptych (1967) illustrates a charming rural scene, in which a man drives to town in a slow automobile as his dogs run alongside, followed by a series of shots of flowers and kittens (YouTube in the analog age, in the best way). In Gavotte (1967), two bored dwarves fight over the objects of a small room in what appears to be a sort of pre-Revolution French manor. In The Phonograph (1969), the titular object assembles itself to play a series of tunes.

The Greatest Love of All Time (1974), a documentary on painter Popovic Ljuba, which, while of interest, shows his rather limited opportunities in the short film field as time went on; and Scherzo Infernal (1984), a truly demented animated portrait of Hell, round out the shorts section of the release, and 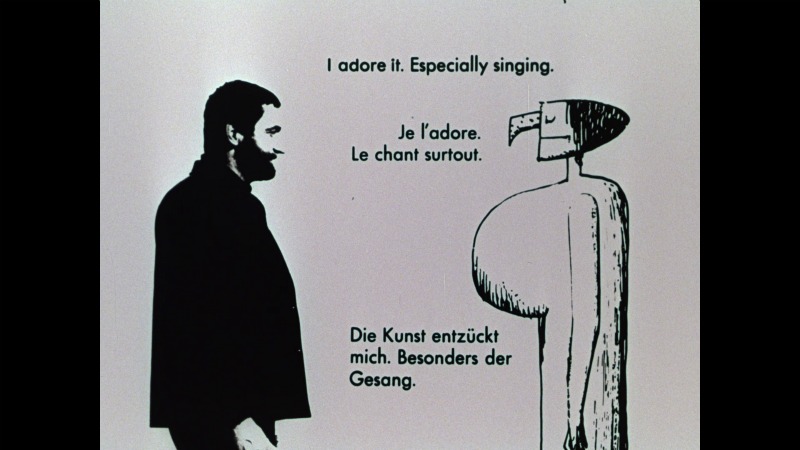 As accomplished – and good – as the shorts are, it quickly becomes sensible that they should lead to a feature, and in 1967, after over two years of work at it, Borowczyk released Mr. and Mrs. Kabal’s Theatre, a film that opens with the naked admission that it will be utterly plotless. We had met the titular characters previously, in 1963’s observational cartoon Concert (included in this set). At the start of Theatre, Borowczyk announces his intent to more or less pick up where he left off, by appearing onscreen to instruct the lady of the house to simply go about her daily business with no mind to his presence at all. The Kabals live in a familiar state of mutual suspicion. He, a short man with a fancy mustache that suggests a perpetual smile, can’t help but chase the butterflies and spy girls through his binoculars, always with an eye towards whether his wife is watching. She, with a crooked nose and single, gigantic breast rigidly goes about the duties of the house, exhausted by her husband’s perpetual distraction. They visit the cinema, the hillside, the beach, the concert halls. She watches wrestling on TV, and later makes love to herself while batting away her husband’s advances.

In the booklet accompanying the gigantic box set version of Arrow’s Borowczyk releases, the project’s producer, Daniel Bird, likens Borowczyk’s animated comedy more to Buster Keaton than Tex Avery, yet even Keaton’s antics would be deemed too wild in the universe Borowczyk has created here. If one must compare, look further to Jacques Tati’s PlayTime (also 1967) or Roy Andersson’s You, the Living (2007), films about the ache to see beyond this mortal coil while battling its more inane distractions, populated with minute jokes deployed with clockwork precision. Borowczyk fully understands his capacity to control every element of every frame of his picture, and his jokes are often just as funny for the utter perfection of their timing as for their content. 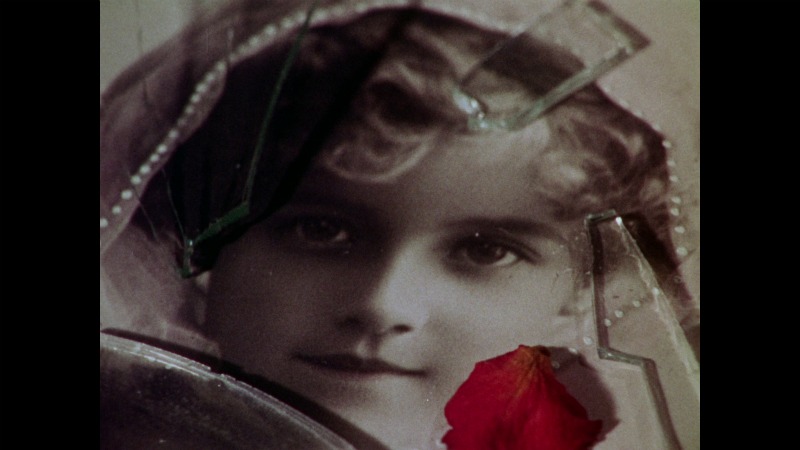 But that’s not all! In addition to all that, Arrow has included a bounty of special features, starting with three commercials that Borowczyk made. The longest, 1963’s “Holy Smoke!”, is the only one of tremendous interest. Running nearly ten minutes, it sells Wills Cigars as a quality product for the average consumer by creating a Society for the Conservation of Cigar Smoking by Special People, an organization bent on keeping cigars out of the lower classes. Wills being an English company, it really plays the class angle hard, not presenting Wills as a product that will raise one’s lower-class profile, but as one that is doing a public service of sorts. The other two, for a pasta company, only run about a minute, maybe half of which actually includes Borowczyk’s work, before moving onto images of their many pastas.

The transfers on Arrow’s Region Free Blu-ray are uniformly superb, treating each of the films – be they hand-drawn or live-action – as films first and foremost, not a series of stills. The grain, therefore, is fairly prominent, but the density of the image and especially the integrity of the colors shine all the more. Just for my own personal aesthetic preferences, Rosalie‘s stunning black-and-white photography gets the biggest bump with high-definition, the whites really booming without consuming the protagonist or causing any flicker issues. But then there’s the sheer complexity of each frame of The Astronaut, or the multitude of sources in Mr. and Mrs. Kabal‘s Theatre, or those great flowers in Diptych, and on and on and on.

Terry Gilliam provides an introduction to the whole affair, but it’s so chopped up and quickly edited that it feels more like a promo piece than a true introduction. Still, the mere presence of it provides some decent context, and it quickly becomes apparent just how influential Borowczyk was for Gilliam when he got started with Monty Python, especially in the cut-up animation department. After that, look for more substantial pieces, especially the 28-minute documentary “Film is Not a Sausage,” which uses archival interviews with the man himself, and contemporary contributions from his collaborators, to explore the early years of his career, leading up to and including the production and release of Mr. and Mrs. Kabal’s Theatre. Additionally, Daniel Bird contributes a visual essay about Borowczyk’s paintings, etchings, posters, and other manner of “flat arts,” and a collectible booklet is included as well, with writing from Bird, Peter Graham, excerpts from reviews of Mr. and Mrs. Kabal written at the time of its release, writing from Borowczyk, and information on the restoration.

All in all, it’s an incredible package, easily the most essential release in Arrow’s Borowczyk line. Previously available in a limited-edition box set (now out of print), it can be bought all on its own. If you had never heard of the filmmaker before, but didn’t want to take the plunge with their massive box set, this is the perfect place to start, serving at once as an introduction and a stupendous release all its own. And, once again, this is Region Free! Highly recommended. 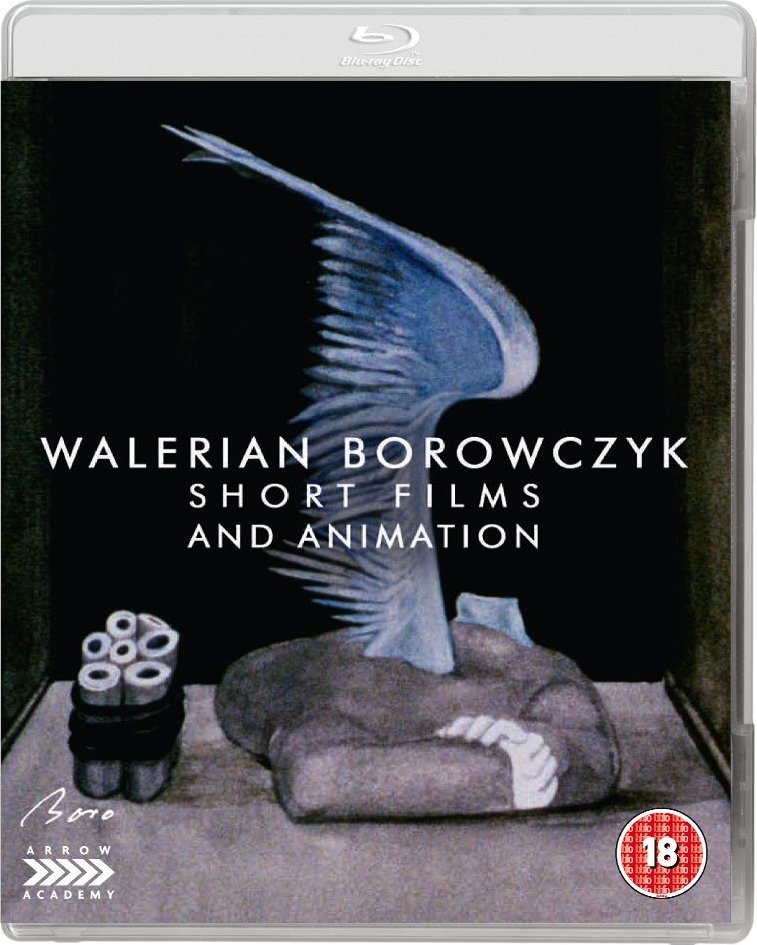 CORRECTION: An earlier version of this post made reference to the explanatory note at the beginning of Angels’ Games as present on this disc, but that is not the case.