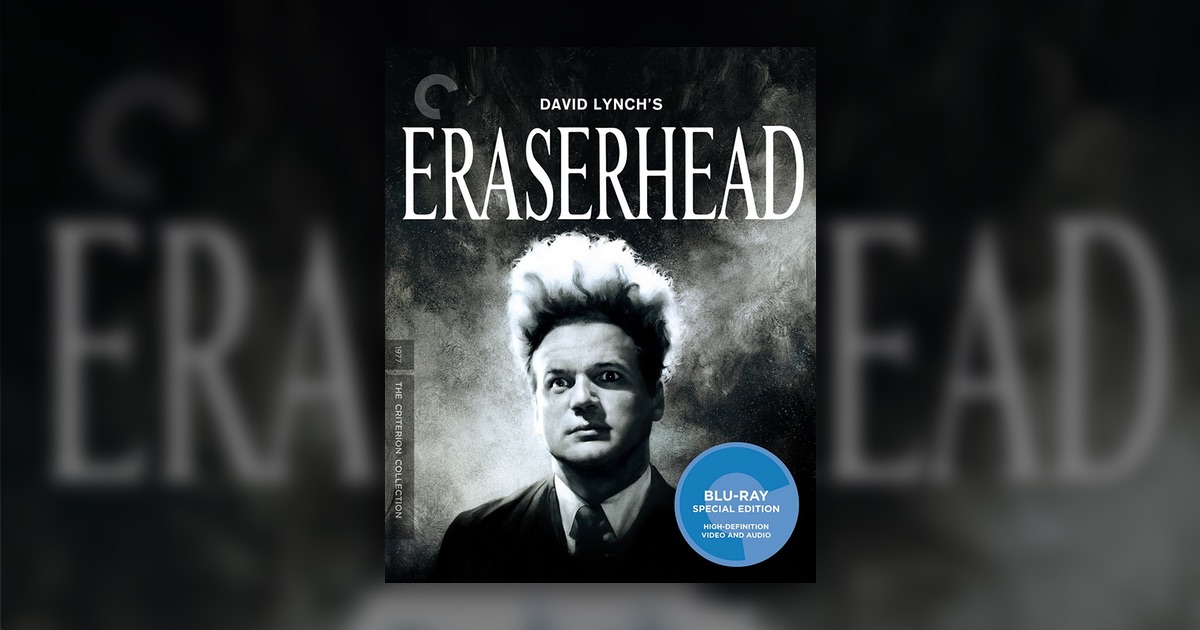 Describing a movie as “unlike anything you’ve ever seen” is often misleading. At some point the film you’re talking about is at least tangentially related to something else in terms of its overall aesthetic or particular details, and the phrase itself is rendered meaningless. And yet when describing Eraserhead, the debut feature of director, artist, musician, author, and weirdo of the highest order David Lynch, saying that it is unlike anything you’ve ever seen actually seems to be true. It’s a testament to Lynch’s unique vision and the way he has remained a singular creative force in many mediums for nearly four decades. His ability to conjure twisted yet recognizable worlds in his movies has allowed him to flirt with mainstream cinema moreso than any other auteur of his experimental ilk.

Sadly, Lynch has indicated he might be done with filmmaking as we know it—his last proper feature film was 2006’s Inland Empire—but Criterion’s new edition of Eraserhead is an obviously perfect way for audiences to go back to the beginning; back to Lynch’s dream of dark and troubling things. This release has done the best thing a Criterion edition could possible do: make you appreciate the film even more.

Eraserhead is a movie made almost entirely of a kind of surreal nocturnal atmosphere. To ask for an explanation of what the movie is about is a fool’s errand, and quite obviously takes away from the experience of the movie itself. In this case, being inexplicable is part of the point. It’s weird, it’s repulsive, it’s hard to understand, and David Lynch wanted it that way.

This is, admittedly, a difficult experience for some viewers who aren’t used to dealing with being spoon-fed storylines. But would letting you know that the movie predominantly deals with themes regarding Lynch’s own impending divorce at the time and the anxiety about the birth of his daughter really make you like it more? Would explaining that there actually is a fairly straightforward narrative showing the main character sleeping with another woman to deal with the collapse of his already tenuous relationship really allow those viewers to understand it better?

Here the symbolic must stand in for plot, and even then the symbolism might not entirely add up. What sets Lynch and his films apart is that not adding up isn’t problematic. Broad swaths of tone and mood take precedence over story beats or any kind of adherence to a strict narrative structure. Eraserhead could have been twenty minutes long or two hundred minutes long and it wouldn’t have made any difference. This kind of intentionally open-ended scenario is something that Lynch has done for most of his career, and even the nascent nature of Eraserhead shows this from the get-go.

Anchored by Jack Nance’s delicate, almost Chaplin-esque and childlike performance, Eraserhead finds the beautiful in the grotesque. Its DIY creepiness somehow adds to its appeal, and the haunting black and white photography—which, with Criterion’s release, has never looked more strange and better—mixed with its exaggerated sound design filled with industrial white noise makes for an evocative film; one that is filled with indelible imagery that is, well, unlike anything you’ve ever seen.

For a director’s first film in the Collection, this edition is surprisingly packed to the brim with supplements, each giving great insight on the almost 6-year process of getting the film made without forgetting Lynch’s own distinctive touch. The lack of any scholarly visual essays about the movie belies the very point of the movie itself, so their exclusion is perfectly understood. Otherwise each supplement is oddly broken up by year.

Starting off with what seems to be the film’s first theatrical trailer in 1977 it then moves into a 17-minute interview with a fresh-faced Lynch and director of photography Frederick Elmes filmed on location in 1979 for a UCLA TV production class; a 1982 trailer featuring Lynch sitting on a couch with Woody Woodpecker dolls and introducing the film for midnight screenings at the Nuart Theatre; a 1988 excerpt from Cinéma de notre temps of Nance and Lynch driving around the film’s locations; footage from 1997 of Lynch, Nance, and actress Charlotte Stewart and assistant Catherine Coulson (who appears in Lynch’s short film The Amputee and went on to be the Log Lady in Twin Peaks) revisiting the AFI stables where the production set up shot for the multi-year shoot; an 85-minute making of film from 2001 by Lynch called “Eraserhead Stories” which basically features Lynch himself recounting the entire history of the making of the film, including his beginnings as a student at the AFI; and finally a series of contemporary interviews by Criterion from 2014 featuring Coulson, Stewart, Elmes, and Judith Anna Roberts.

The more prominent supplements as a whole tend to cover much of the same ground, but the stories that come up about the family of people it took to make the film more than makes up for any redundant bits. Plus, Lynch is an endlessly interesting guy and anything he says tends to be as weirdly endearing as it is entertaining.

Aside from the interview booklet and the six short films, all previously available on Hulu and newly restored in 2K for this release (most of which are fascinating, but should be reserved for only the most ardent of Lynch fans), the release also features a three-step TV calibration process in order to make the film look picture perfect. On top of this, and with many other home video releases of Lynch’s movies, there are no chapter stops, and even Criterion’s nifty Timeline feature is missing as a way to specifically experience the film as a whole. It should also be mentioned that there is an alleged defect in the “Lynch-approved” version of the film in this initial release. At about 1:05:54, there is a blank black screen where a reaction shot of Nance should be. The glitch was apparently from the original camera negative they used for the restoration. The folks at Criterion haven’t made a broad announcement yet, but if you own the disc already and want a replacement they recommend e-mailing [email protected] with subject ERASERHEAD REPLACEMENT to get a corrected version “in a couple of weeks.” Unfortunately there aren’t any further specifics, and hopefully Criterion gets on that soon.

Either way I’ve personally been waiting for Lynch to be included in the Collection for a very long time. He’s someone who has blazed his own trail in American cinema, and to leave him out of the Criterion ranks any longer would be a gross oversight. Love him or just be weirded out by him, David Lynch is—or was, considering his unspecified now-8-year absent from the silverscreen—one of the most fascinating filmmakers of the late 20th century. He is finally in the Criterion Collection, and there isn’t a better choice for that first time than Eraserhead. 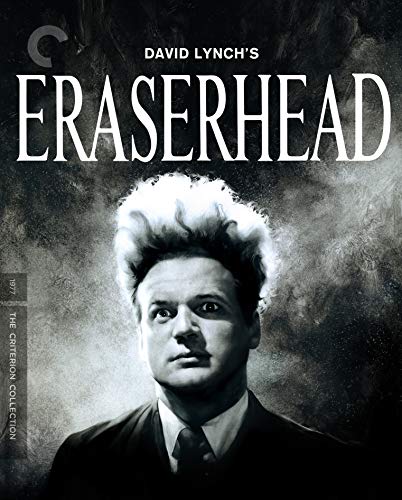