1949’s Home of the Brave—recently restored and released on Blu-ray by Olive Films—purports to be the first motion picture of its kind to address racism in the military, specifically during World War II. Actor James Edwards plays Moss, a sensitive but intelligent African-American military engineer who joins up with a recon squad made up entirely of white men (one of whom is his college buddy Finch, played by Lloyd Bridges) who must go on a mission to survey a small island held by a small outfit of Japanese forces during the War, but soon racial tension between the men boils over, calling into question Moss’ ideas of loyalty and courage during wartime.

For the most part the film delivers on its promise of portraying an unwavering look at the unspoken—and sometimes institutionalized—racism that pervaded American culture even when we were fighting a war to combat the very notions that breed racism itself. But while watching it in a modern context one can’t help but admit that the film tends to seem like a mere artifact of its own time, one whose overall impact may be unfortunately weakened because of the extraordinary strides our country has taken to turn the ugly tides of racism since its release. To downplay the film’s commendable representation of racial turmoil—not to mention two fine performances from Edwards and Bridges—would be foolish, but at a certain point the cinematic merits of the film must be called into question, and unfortunately Home of the Brave doesn’t offer much else.

The film—written by High Noon-scribe Carl Foreman, produced by Stanley Kramer, and adapted from a play by Arthur Laurents—is fashioned using a sometimes-clumsy flashback structure, convoluting itself when a simply told narrative would have sufficed. We learn first that Moss has been shell-shocked from the mission and has been rendered paralyzed, and then circle back to the mission’s recruitment—which includes some troubling casual racism lobbied at the engineer recruit by the very men he’s agreed to help out—but why? Other flashbacks, such as Bridges and Edwards building camaraderie while playing on the same basketball team in college, are narratively important, but its main circular structure doesn’t make a whole lot of sense, especially when it relies on Moss’ army shrink to shoehorn in bizarre pseudo-science exposition for what amounts to the film’s big emotional payoff.

Then there is the drama, which, again, is utterly important when thinking about it in a historical sense of representation itself, but becomes middling and one note in a thematic sense as the film progresses. The message to be had in the film is an obvious one: racism is bad, and don’t be a racist. It’s frustrating to think that the filmmakers couldn’t push the themes a bit further in order to make their emotional resonance more complex, or maybe I’m just missing the point that having the themes present at this time in 1949 were massively significant enough and the film is but a small building block that sparked a need for more evocative films like it.

Overall the film tends to veer into military melodrama despite its serious subject matter, which to some will be a bit over the top—especially considering some of the egregiously stilted acting from the supporting cast—but others will see the story between Moss and Finch as the real emotional kernel of the film. When it sticks to their story, surrounded by the action of the mission, the film shines. It’s only when it pushes towards sensationalizing certain aspects of the story for paltry tear-jerker moments that it shows its middling colors. Home of the Brave may not seem like much now, considering how far we’ve come, but its true significance lies in its very existence because it was brave enough to bring such serious issues to the big screen. 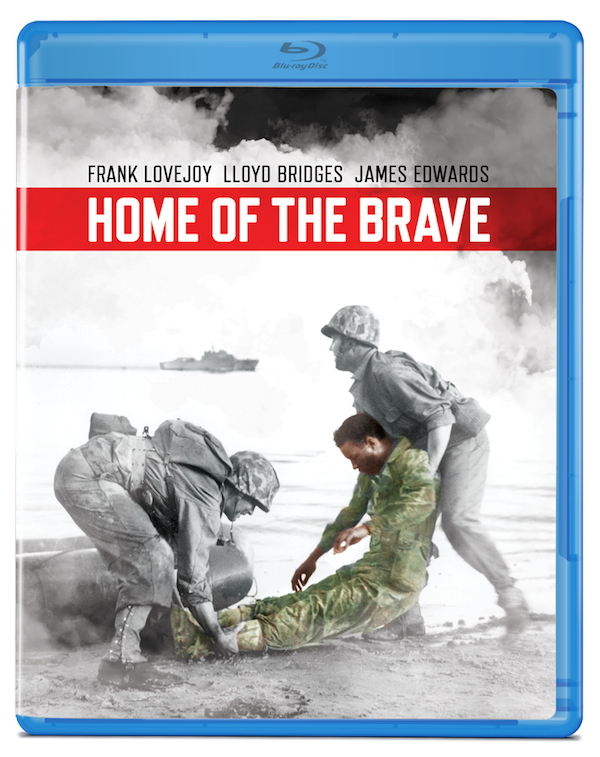