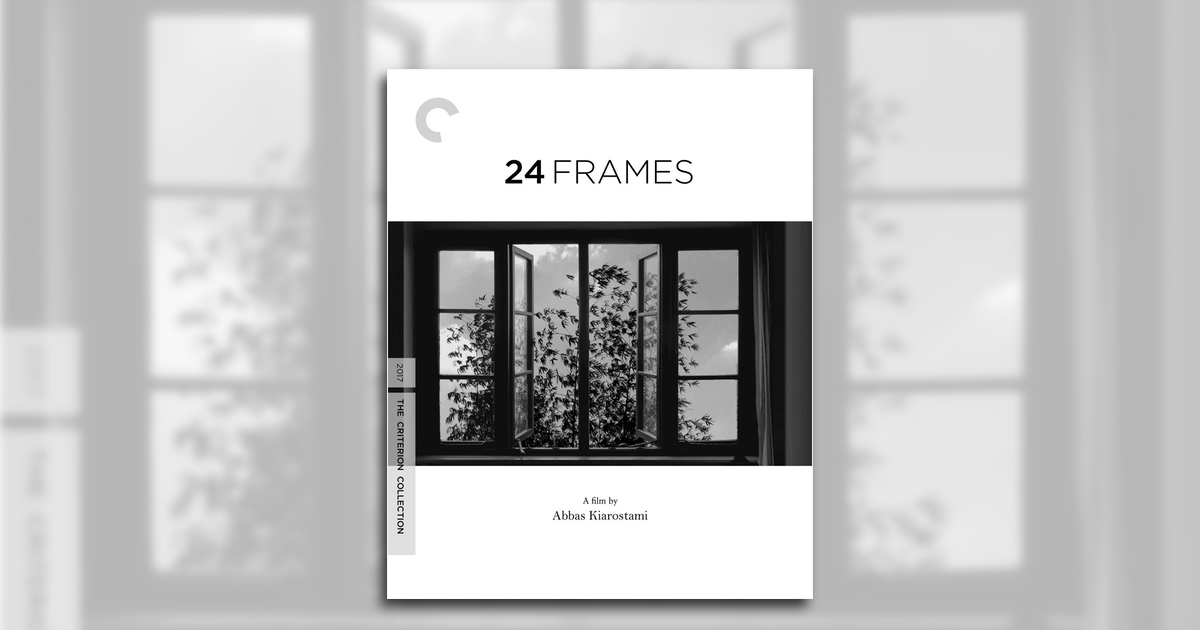 Abbas Kiarostami’s filmography is filled with enigmatic films that subvert expectations and push firmly against convention as he explored the relationship between art, reality, and time. He has taken pride in creating films with the propensity to put viewers to sleep, as if he sees himself as a mesmerist and delights in having powers of persuasion over our dreams. Even knowing this about Kiarostami, 24 Frames does not seem like a good idea on paper. For this film, which would turn out to be his last, Kiarostami collected a series of still images and animated the moments surrounding that otherwise frozen image. There are, as the title suggests, 24 of these images (one work of fine art and 23 photographs Kiarostami himself took), and each sequence lasts around three and half minutes.

As there are traditionally 24 frames per second in a film, this title suggests a film that both expands a frozen image over time and shrinks a two hour film into one second. I love Kiarostami’s work, so I had faith that there’d be something interesting in this film (and I was right — no sense hiding the ball: I love 24 Frames), but I admit to being a bit perplexed and wary. The power of a still image is that it isolates one single moment, allowing us to hone in on the details of a split second. What use, then, in undoing this, in recreating the moments before and after the image was captured? What difference is there between this and simply setting up a camera on a tripod and hitting the record button? Is the experiment underlying 24 Frames unique because everyone else considered it pointless?

The value is more apparent if we understand Kiarostami’s original intention. When the idea for the project came to him he was going to take famous pieces of art and animate the scene. This, as an experiment, makes a lot of sense. Those famous frozen images have already been the subject of our collective cultural imagination for centuries. Take for instance the one work of fine art that made its way into the final film, Bruegel the Elder’s Hunters in the Snow. The painting begs us to imagine the story around these hunters, returning home after little success, in the company of a group of dejected dogs. Out in the distance, many from the village play games on the frozen lake. It is one late winter afternoon in one winter season long in the past. This painting has inspired centuries of imagination. It has found its way into some of my favorite contemplative films, such as Andrei Tarkovsky’s Solaris. Strangely, Kiarostami’s animation of this scene does not grant mobility to any of the human subjects. They stay in their positions while the snow starts falling and the dogs start mulling around. In this way, I think, Kiarostami is still giving his audience the power to interpret and invent at the same time he is doing his part to give the scene an added layer of flux.

So, I see the fun in this project when it comes to fine art, but this is the only piece of fine art in the film. From there, Kiarostami shifts to his own photography. And, honestly, this is where the film becomes so much stronger. The animation of Hunters in the Snow doesn’t thrill, perhaps because I have spent hours looking at the image and imagining the lives in that long gone village. I much preferred — indeed, I was touched and invigorated by — the animation of Kiarostami’s photography. 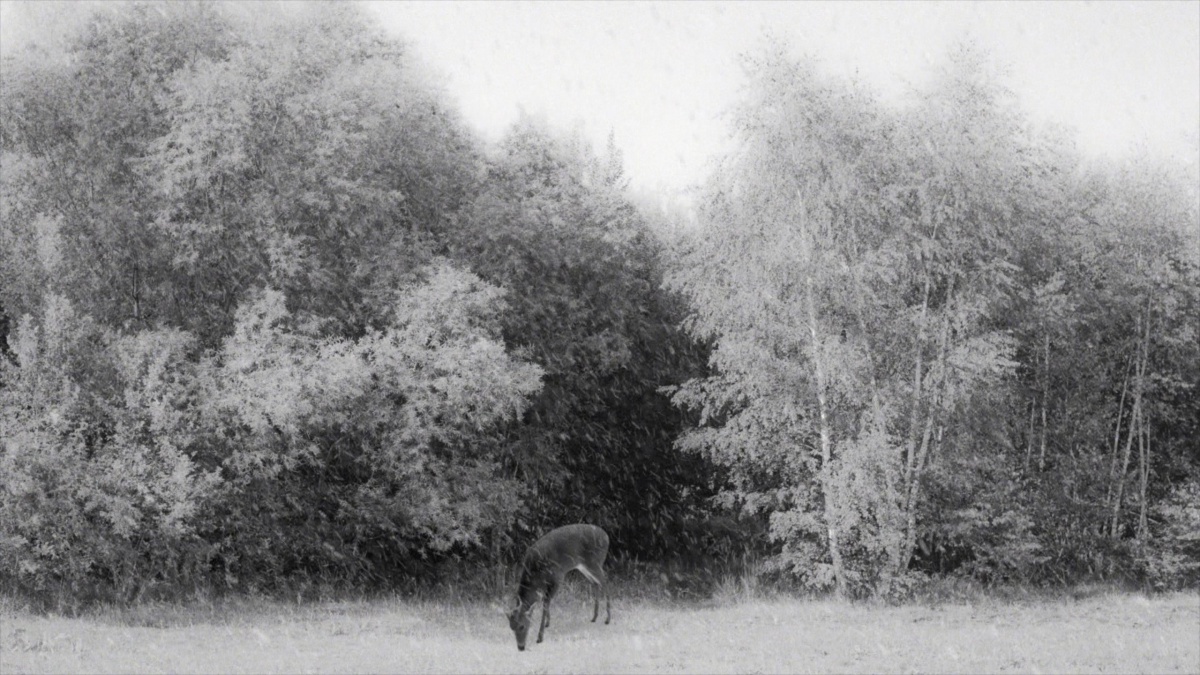 Perhaps we are primed for his experiment by Hunters in the Snow, but, either way, watching these still images imbued with time was a wonderful way to spend an evening. Indeed, it is one of the most invigorating, peaceful evenings I’ve spent in a long time. I felt like I was meditating. I know now that I was.

Often, these static images are of nature, with movement supplied by rain, snow, waves, birds, deer, clouds, horses, livestock, sheep, and dogs. We are quickly oriented, and then Kiarostami gives his audience something to pay attention to along with a beautiful soundscape, all creating an ambiance for drifting away into thought. Many thoughts will come to you if you sit through a two-hour film with only 24 frames. 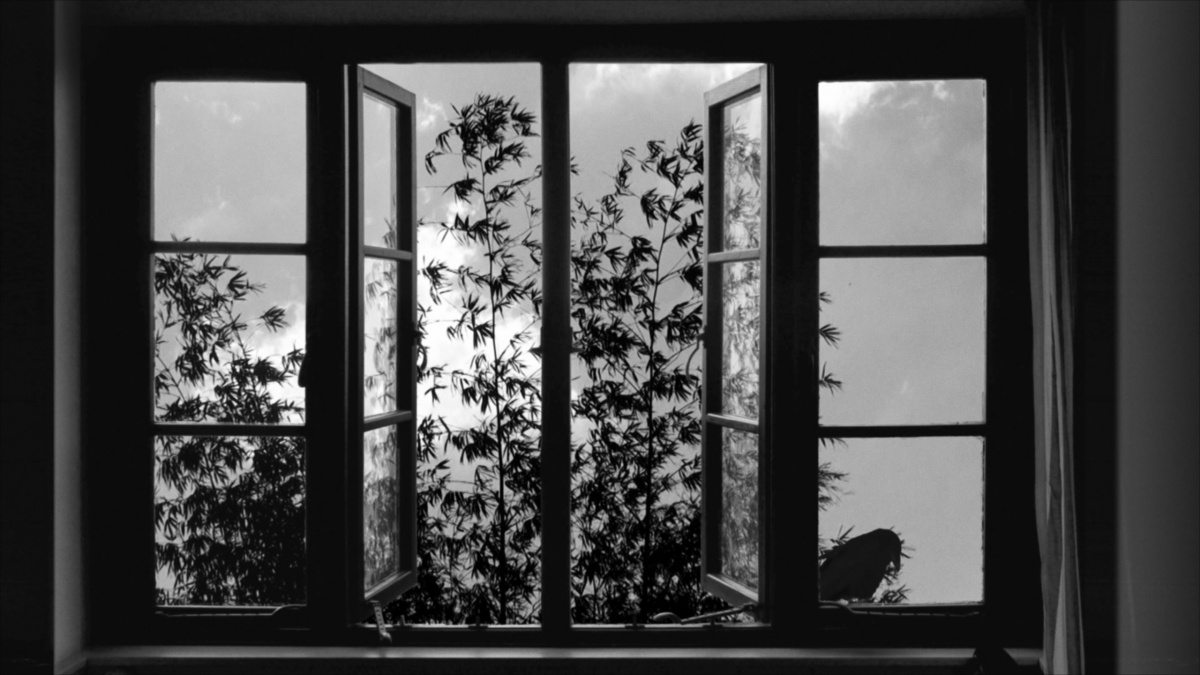 These frames could easily be wallpaper, something simply playing in the background (they were originally intended to be a museum installation). That wouldn’t be a bad thing. But in them Kiarostami also tells stories that are worth following closely. In a brief moment, in a seemingly still moment of a day that will be forgotten, he evokes humor, shock, violence, loneliness, peace, and joy as he subtly adds back in the element of time to stillness. 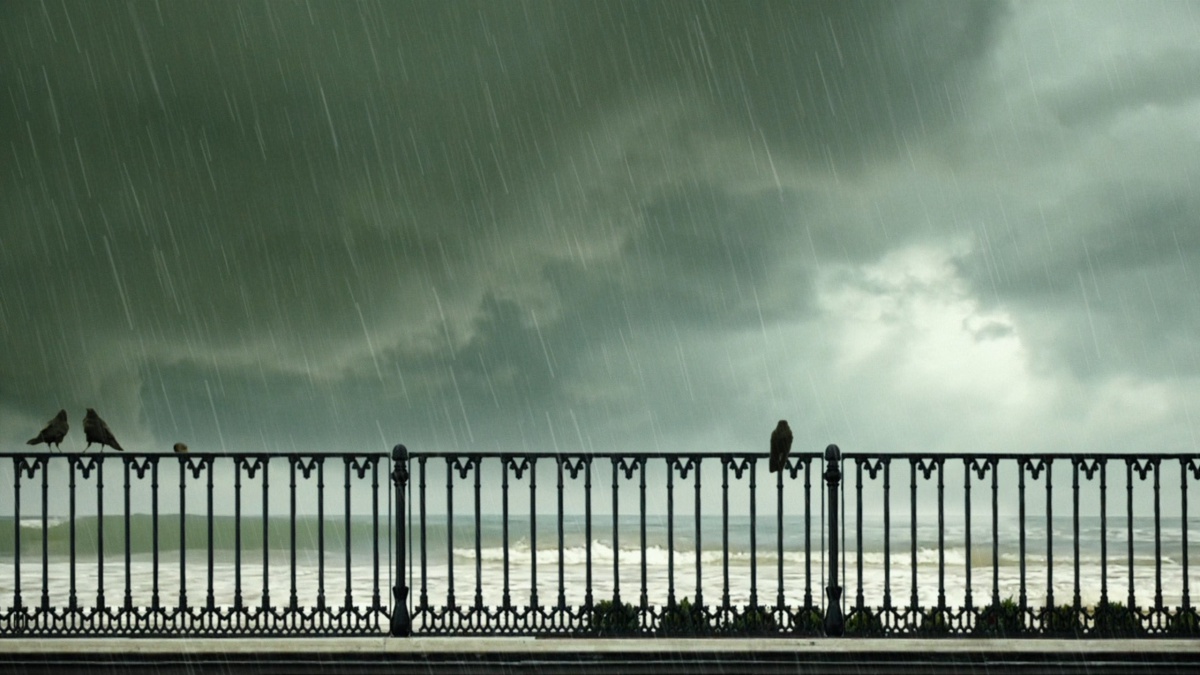 Humanity itself is sparse in these frames. Signs of people may show up as we look at fences or through windows, or as we watch a boat rock in the background or hear a gunshot that frightens the animals. But we do show up in some of the most poignant segments.

One in particular felt like a poem. A group — perhaps a family — stands on the platform looking out at the Eiffel Tower. Snow falls around them. People walk behind them. The sun goes down and the tower itself starts to blink. They don’t move. 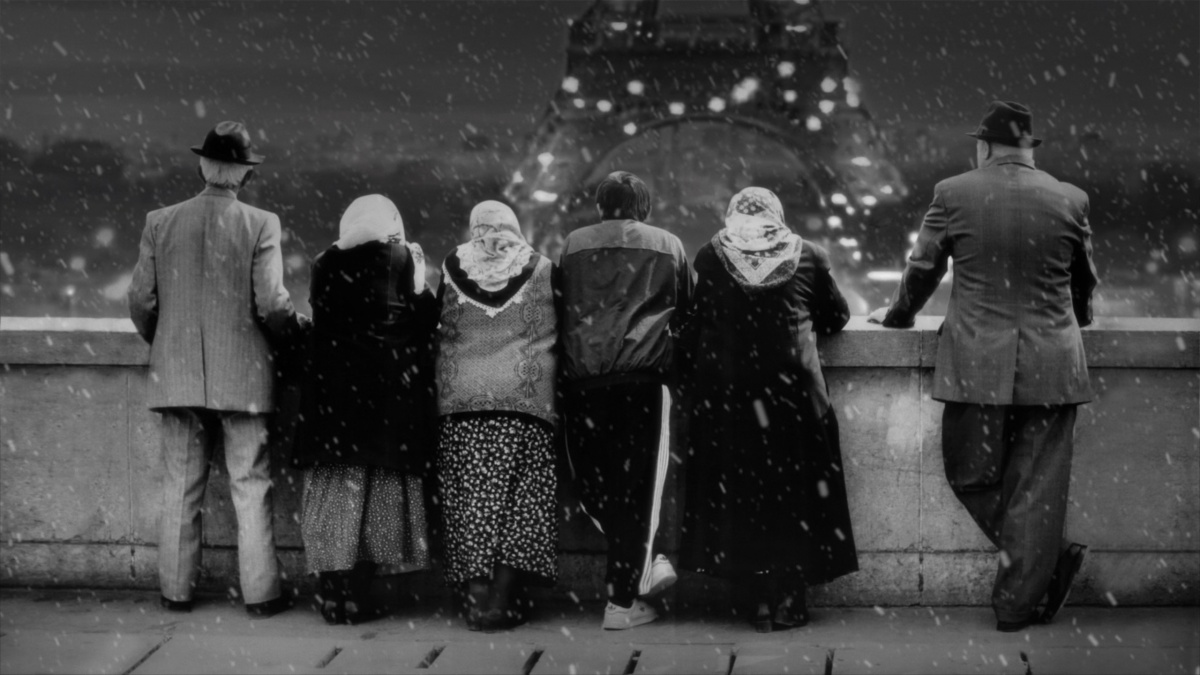 All of that movement, all of that passing time, and this family stands still, looking at the Paris night forever. It’s beautiful. It feels like an idyll. Kiarostami captures a single moment and creates the layers and depth of memory, giving us a pleasant afternoon all the way to a pleasant evening, all spent together, marveling at something quite remarkable. We get to marvel at them.

As I watched the film — in particular the frames where Kiarostami keeps some things static while other things move — I thought often of John Keats’ “Ode on a Grecian urn.” In this poem, Keats examines the paintings on an old Grecian urn, which comes to represent the beauty of single moments in life, forever captured and locked into place on this urn. We imagine the beauty surrounding the images. We see a piper playing a song we cannot hear, and Keats says, “Heard melodies are sweet, but those unheard / Are sweeter; therefore, ye soft pipes, play on.” We see a young man reaching out to a young woman, and Keats remarks that while he will never win his goal this moment of anticipation — not to mention the girl — will never fade. The poem looks at the beauty of moments frozen forever, but I cannot help but also see the more painful beauty of passing time. Without time, these moments are locked into place and there is no ability for consummation. The urn itself, while perhaps not a burial urn, still brings to mind death — it’s artist is long gone, the people it represents all but forgotten, even the ashes it contained, if it did, are no more. Kiarostami bring similar thoughts to mind in 24 Frames.

There is value in seeing how time and movement affect a single moment. Its a bit melancholy at times, and the final frame of the film is sad and gorgeous. If you’re a bit wary of a two-hour film that contains only 24 frames, put that aside and allow Kiarostami’s vision to take you away.