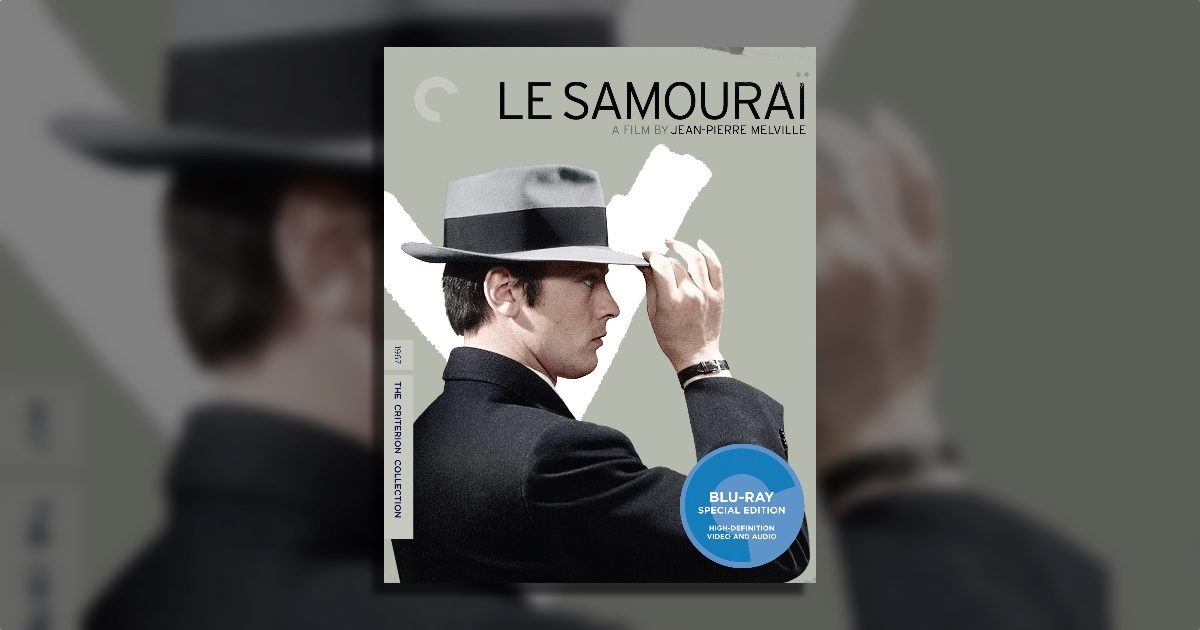 In 1967, director Jean-Pierre Melville and actor Alain Delon were at the top of their game. They each had years of experience and critical success, Melville with his films about occupied France (his 1949 feature debut Le Silence de la Mer and 1961’s Léon Morin, Priest) and crime thrillers (such as 1956’s Bob le flambeur, 1963’s Le Doulos, and 1966’s Le deuxième souffle); Delon with a string of films made by various world-class auteurs taking advantage of his nice combination of acting ability and leading-man looks (René Clément’s 1960 film Purple Noon; Michelangelo Antonioni’s 1962 film L’Eclisse; Luchino Viconti’s 1963 film The Leopard). The two would finally work together in 1967’s Le Samouraï, the first of a three-film partnership that would end with Melville’s early death at 55 in 1973.

For my money, Le Samouraï is at the pinnacle for each, as close as other films may be to the pinnacle, and cemented their legacy. In it Melville makes another crime thriller, but he adds an element of existential dread that must come from the same well he draws on for his films about the French Resistance. Delon plays a hitman named Jef Costello, a character who is and meticulous and controlled, yet we get the sense that for all of the calm control he displays on the surface he’s painfully aware that doom surrounds him. It’s a tight film about the fall-out after a complicated hit job, and it’s a pleasure to watch Melville and Delon work.

Le Samouraï begins with a somber mood. Jef Costello lays on a bare bed in a gray, lifeless room, cigarette smoke the only thing moving. On the floor sits a bird cage where his reliable bird resides. 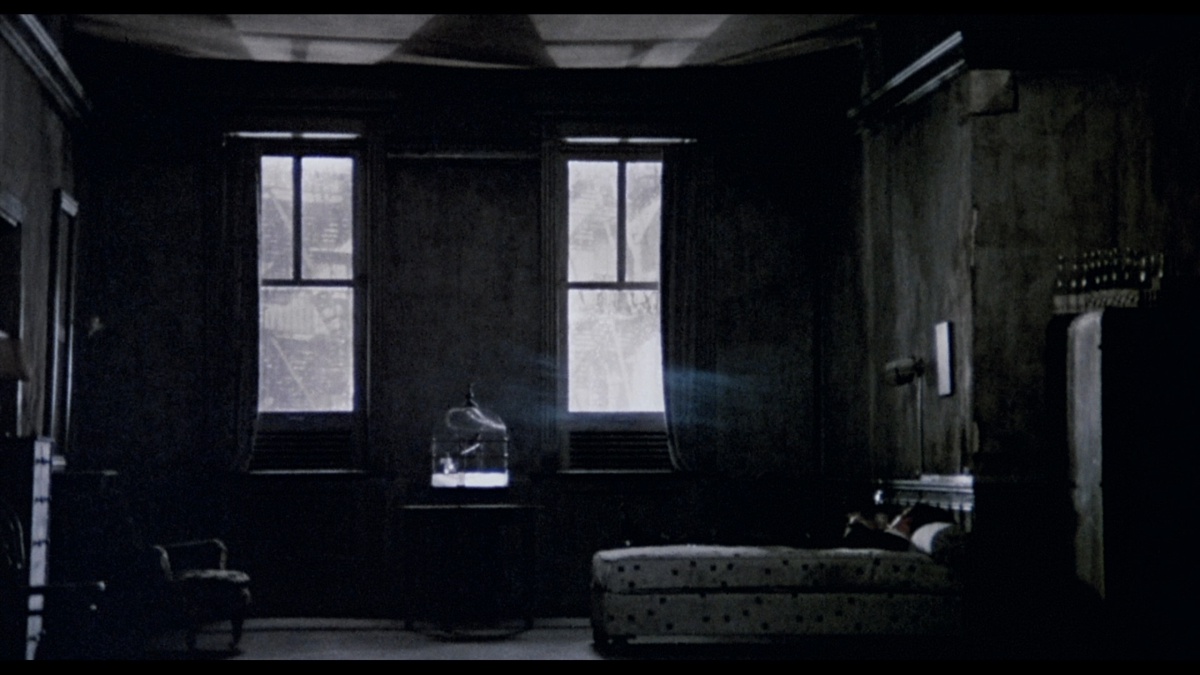 Jef is simply waiting for the day’s work to begin. He’s got to steal a car, get its plates switched, and arrange a solid alibi, using a woman (played by Delon’s wife-at-the-time Nathalie Delon) who seems to consider herself his girlfriend even if she recognizes that she does not fit in his life.

When the time arrives, he dons his trench and fedora and checks himself out in the mirror. It’s the epitome of cool, and that’s the exact purpose of the outfit. Jef is not looking cool to indulgently impress; he’s doing it to assert the image of control — I think more than a little to reassure himself. He knows the perils of what he’s about to do: he’s got to intimidate and keep himself calm. However, where many see the ultra cool (and it is cool) exterior, I see someone working hard to control anxiety through precise, meticulous processes. 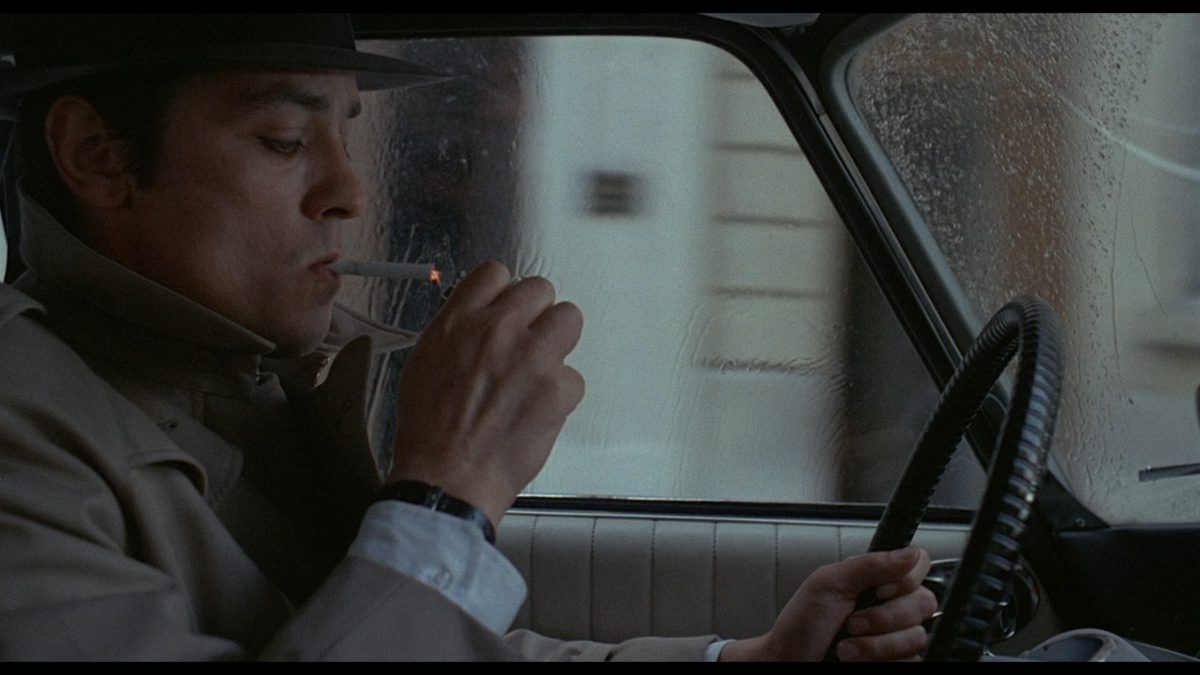 The hit happens quite early (and, to Melville’s credit, we never know the story behind the hit), and, though it goes mostly as planned, there is a hiccup. Costello is spotted by a few people, which, given the heat of the moment, is not fatal, but one eye-witness, a pianist named Valerie (played by Cathy Rosier), gets an unplanned close-up. 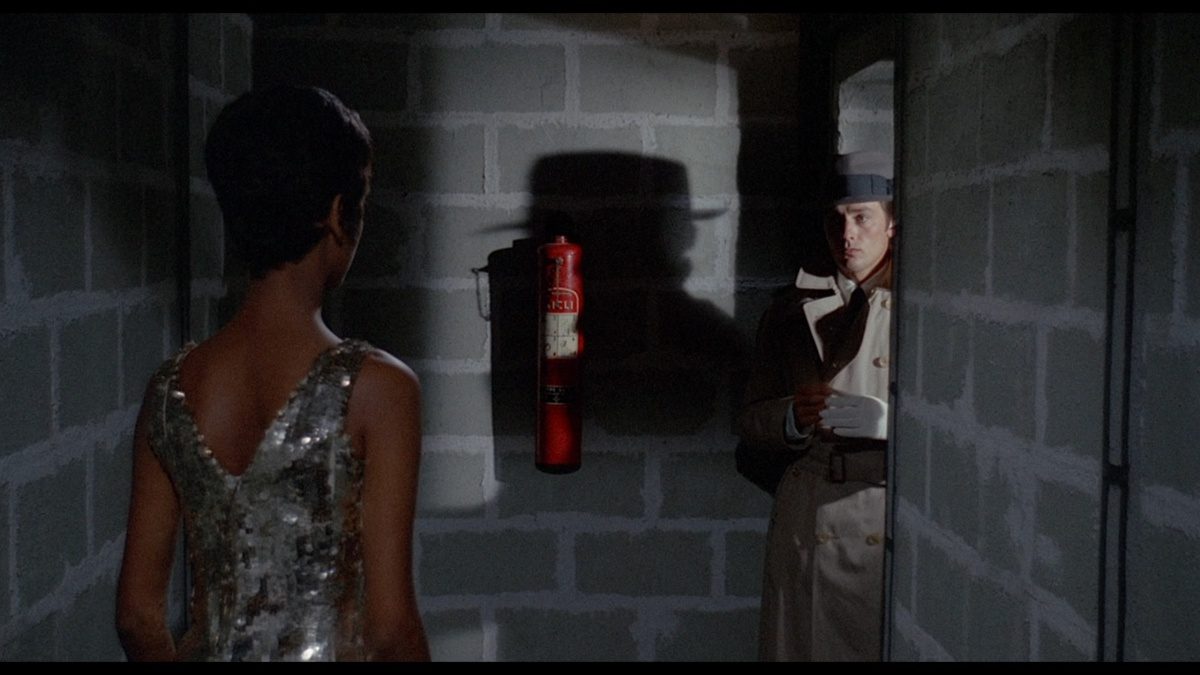 The police round up suspects and Jef is on the list. His practiced calm and cool are put to the most extreme test in a police line-up where Valerie is front and center. 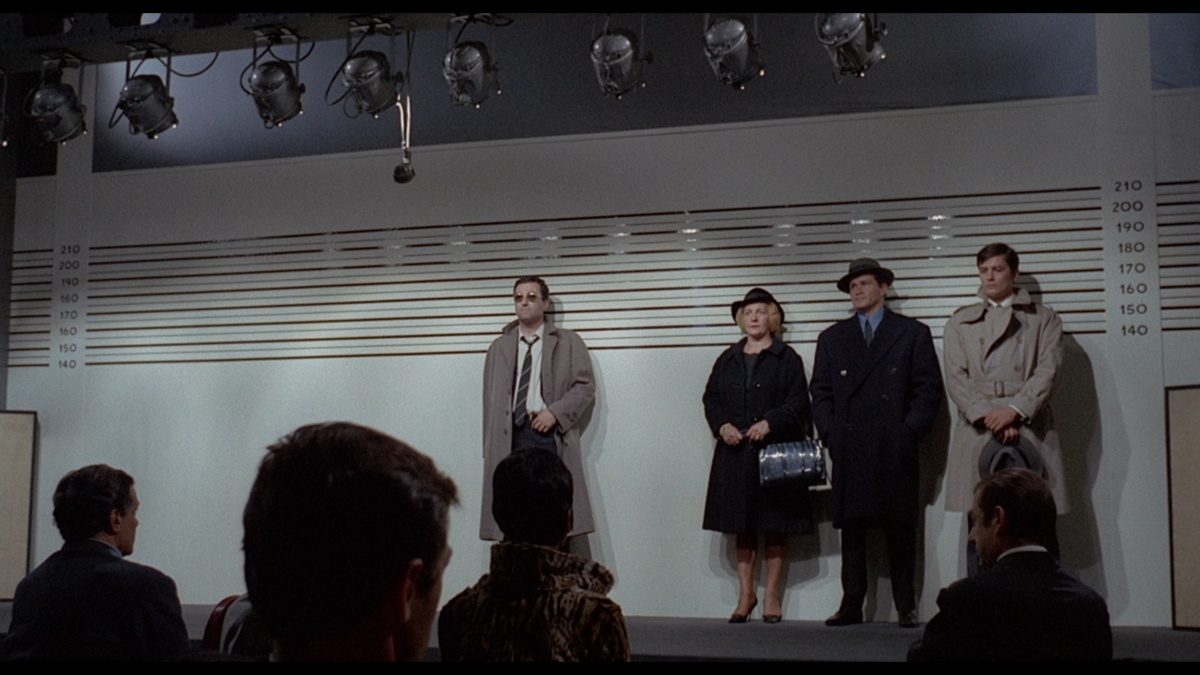 For reasons Jef can only guess, Valerie does not identify him as the murderer. The police suspect him — his alibi is perhaps too good — but perhaps little more than they suspect a few others, and they have nothing solid to go on anyway. They’ll trail him. Meanwhile, when Costello goes to collect on his hit, he himself is almost taken out by the agent of his employer, whoever that employer may be.

Quickly, then, Jef finds himself under subtle attack from two fronts. Melville uses the imagery of the bird cage to show the world closing in around Jef. If you look for it, you’ll see bars everywhere. 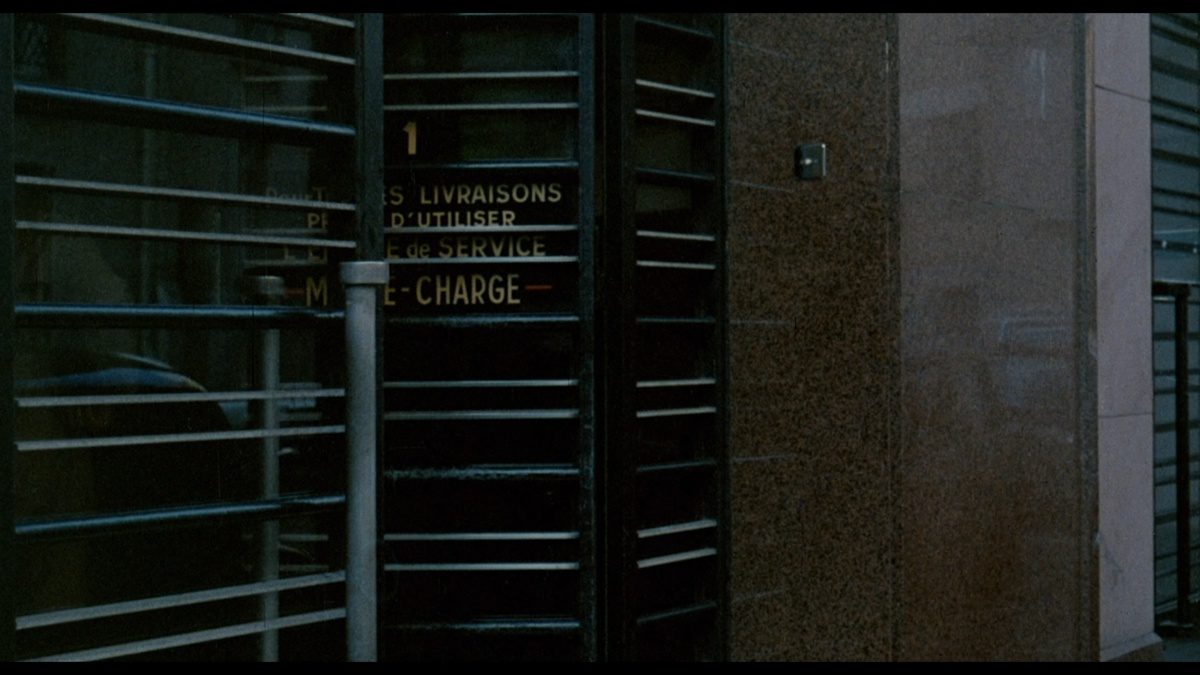 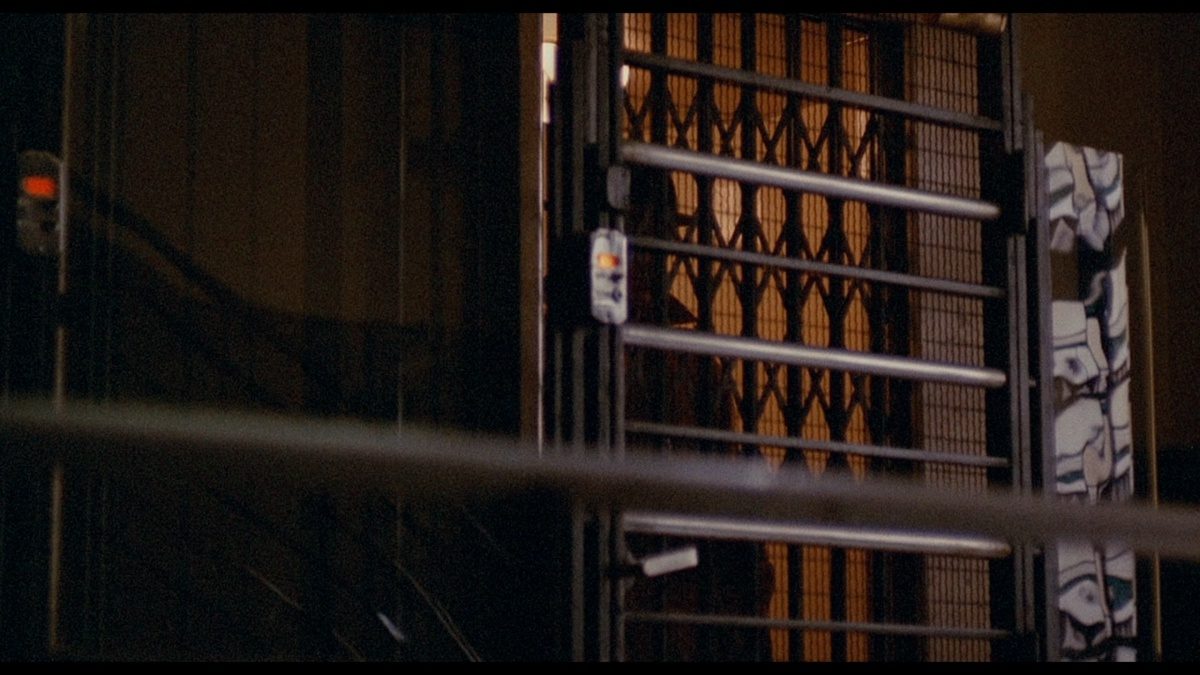 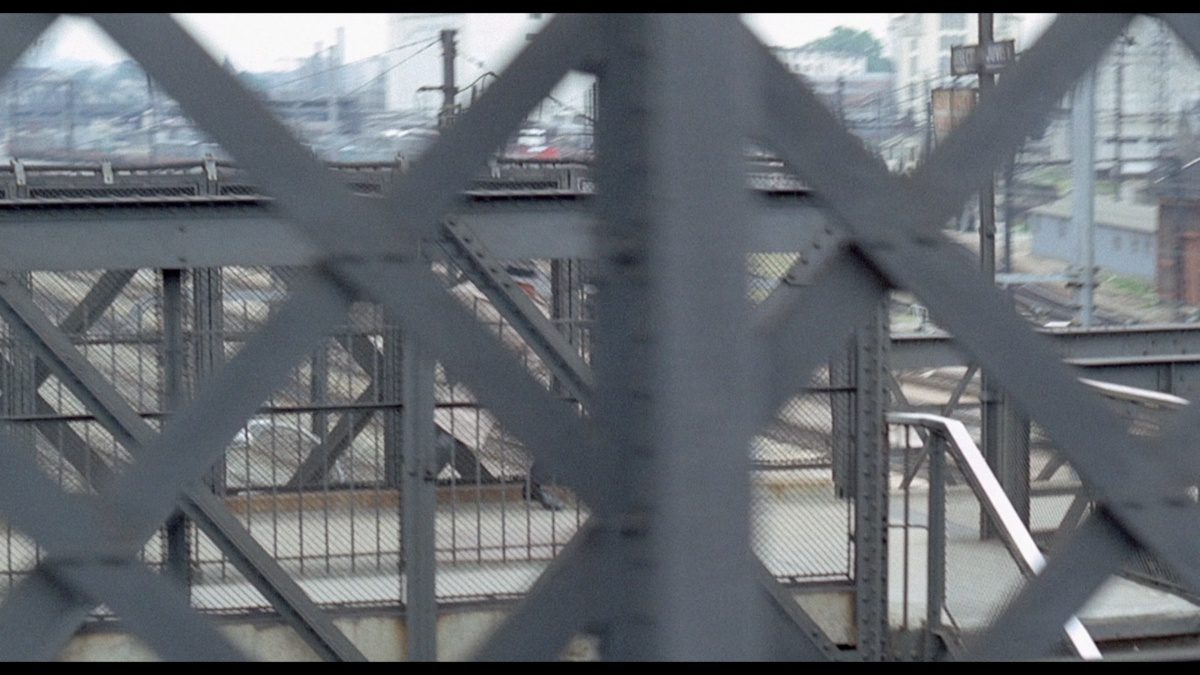 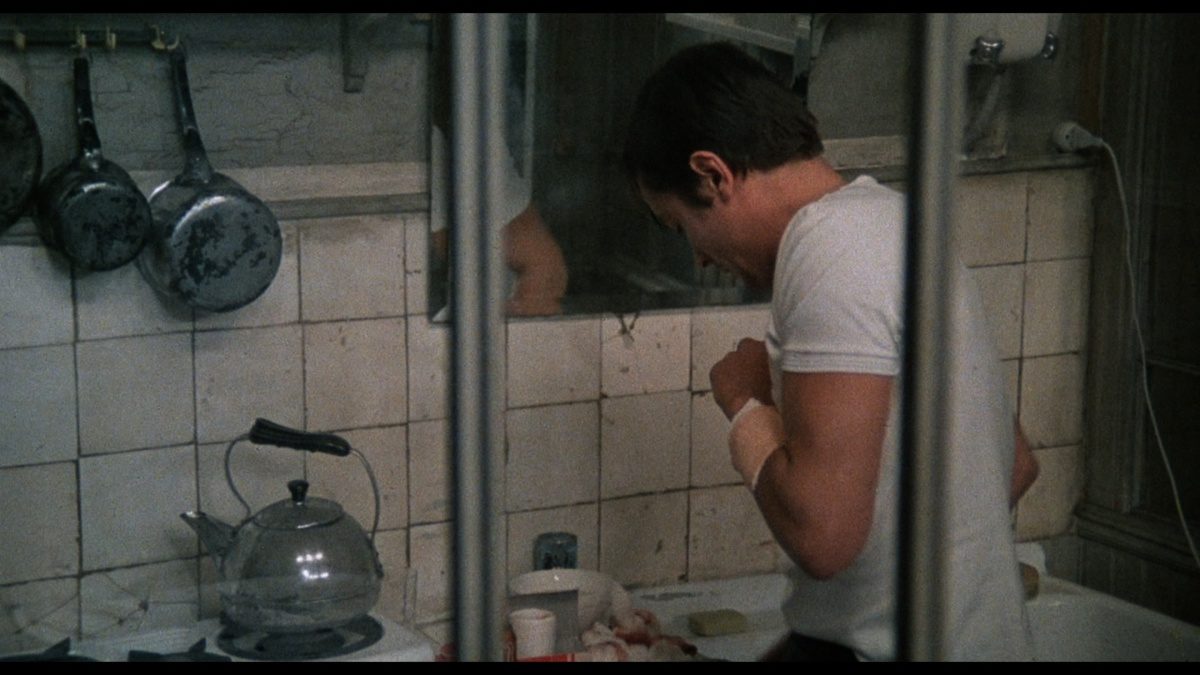 The visual claustrophobia is not in your face, but in its absence we feel a great relief. At a moment when Jef feels in control again, he walks out in the open air and it’s startling. We can breath! 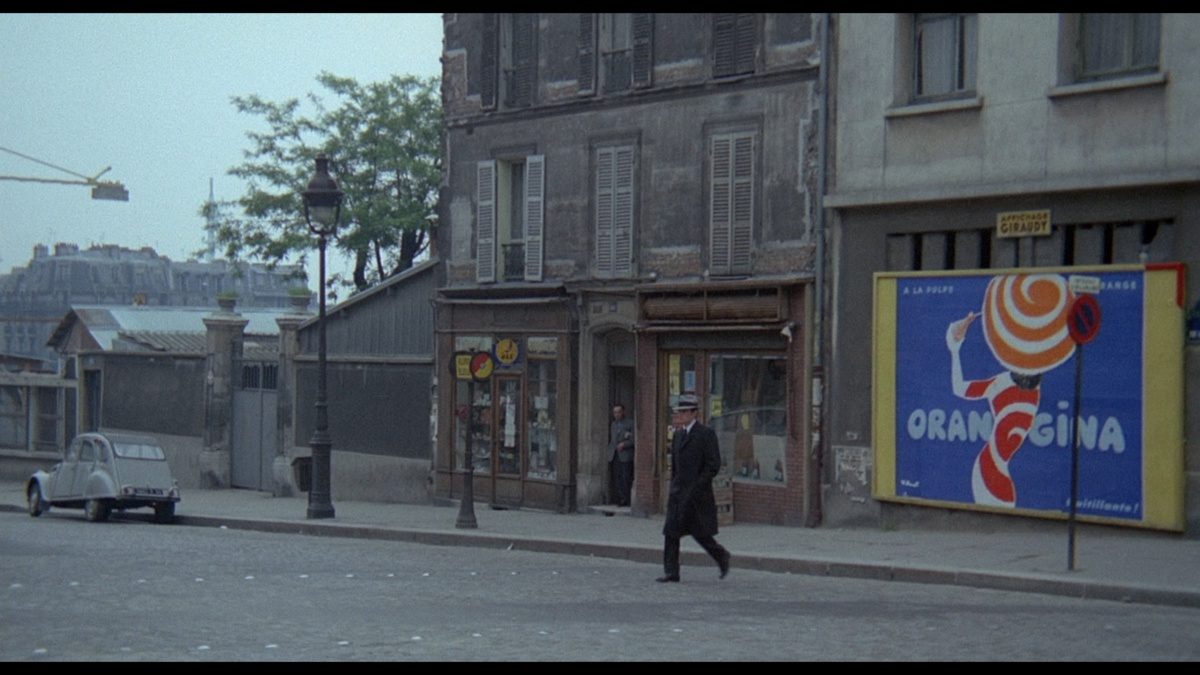 But this sense of control may simply be an illusion. 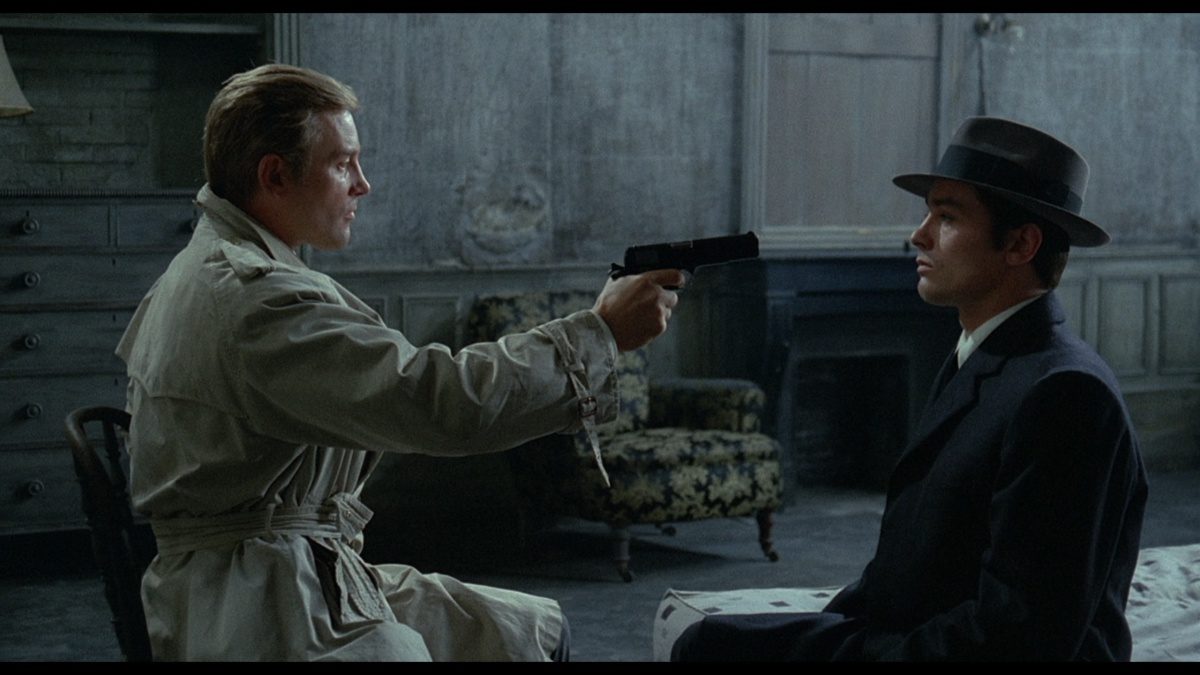 Or maybe Jef is in full control after all. The film’s ending is nicely provocative.

For years fans of the film and of The Criterion Collection have been begging for an upgrade of the old DVD release. There seemed to be hope when a Blu-ray was released in France, but that turned out to be an absolute disaster of a transfer, and it appears Criterion opted pass on that resource. Indeed, rather than utilize that here they’ve merely done work on their old high-definition transfer and included a few supplements that were created for the French disc. Still, the results are nice — impressive, even — and I recommend picking it up, especially if you’re among the Blu-ray only folks who have yet to watch the film! 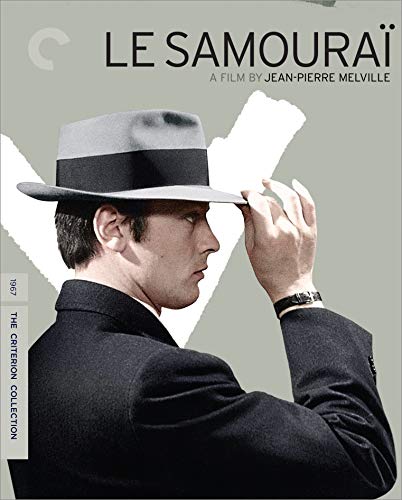