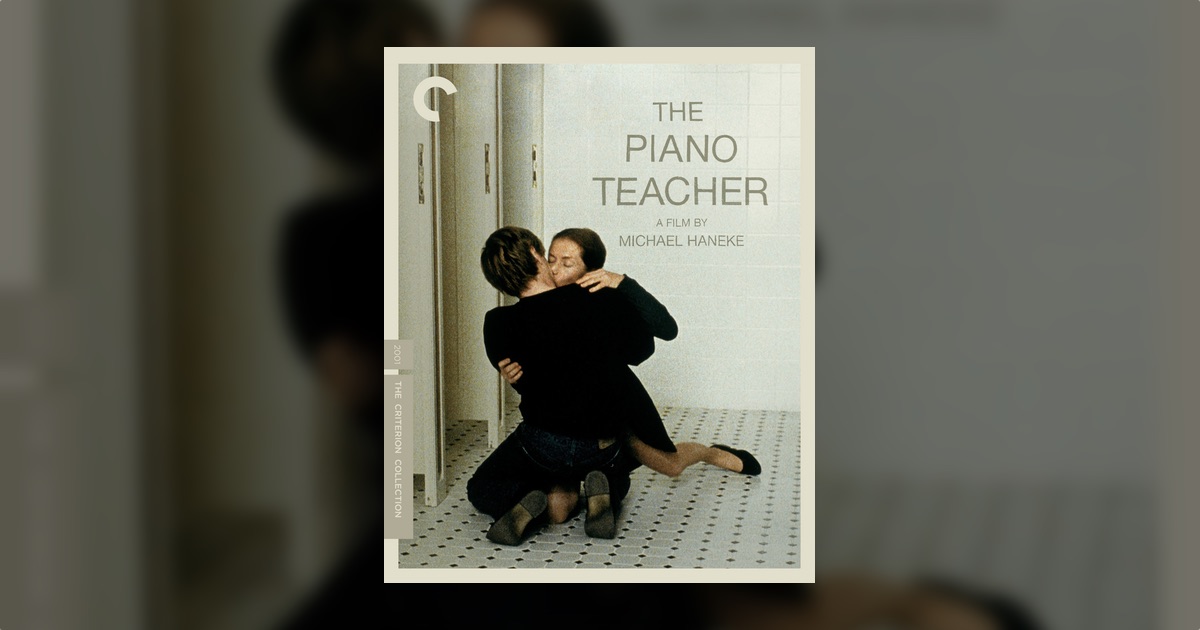 In 2001, controversial filmmaker Michael Haneke adapted the controversial Nobel laureate Elfriede Jelinek’s controversial 1983 novel The Piano Teacher. What we got was, naturally, controversial: a sophisticated, psychologically deep film set in a music conservatory in Vienna that went on to win multiple awards at Cannes, and one that makes the mouth dry up in shock and repulsion, both because of what Haneke shows on screen as well as what he explores in the characters’ minds. We often want to turn away from both.

Isabelle Huppert, who went on to win her second Best Actress Award at Cannes for this role, plays Erika Kohut, a piano teacher in a Viennese conservatory. Within those hallowed and intellectual surroundings, Erika looks rather conservative and assured, as if all passions were directed at the instrument with little care about other passions. On the outside, her life supports that interpretation: she’s passed middle age and still lives in an apartment with her mother.

But what trouble there is at home. Haneke doesn’t waste any time setting up our expectations only to subvert them. Instead, from the opening minute of the opening scene, he delves into the trouble and the injuries Erika has suffered at the hands of her manipulative, abusive mother, played brilliantly by Annie Girardot. Here, Erika comes home to a dark apartment, but her mother is right there, ready to pounce, wondering just where she’s been. Out for a walk, Erika says. For three hours? her mother asks. Not trusting her daughter and also ecstatic at the opportunity to turn this into a major altercation, the mother grabs Erika’s bag and starts searching, eventually finding a blouse Erika had secretly purchased. While the mother searches, Erika already knowing where this is going, goes to her closet and finds her mother has already been there, ridding the abode of some nice autumn outfit Erika had bought. Screaming at her mother, Erika eventually grabs her mother’s hair and pulls before the scene shifts to a soap opera, watched in the quiet aftermath of the altercation.

As uncomfortable and awful as the altercation was, worse is yet to come, strangely, in their reconciliation. It’s here we see the other side of the mother’s dominance. She doesn’t just control her daughter’s purchases and demand to know her whereabouts, she then manipulates her daughter into apologizing and confessing her sorrow and love for the old woman.

It’s not a flattering picture of this mother, but no one in this film gets off easily. If we sympathize with Erika, we will have many reasons to turn our eyes away from her own manipulative, even violent, tendencies. The Piano Teacher is famously frank about the manner in which Erika releases her deep sexual yearnings, violently rising up from below layers and layers of repression. In the halls of the beautiful conservatory, we see the poetry of sexual desire displayed in an intellectual medium, but Haneke counterpoints all of that with the disturbing, warped ways Erika seeks to fulfill her desires in perverse and violent ways.

Into this messy mind steps a younger man, the twenty-five-year-old Walter Klemmer, played by Benoît Magimel, who, like his co-star, picked up the Best Actor award at Cannes for his role. Attracted to Erika — he can sense her seemingly latent sexuality, and her intellectual cover probably makes him yearn even more to behold it — Walter works his way to becoming her pupil. Uncomfortable by the direct sexuality, Erika at first does not want to be around Walter, even trying to block his application to the conservatory. But she does want him, and she’s willing to do terrible things to keep others from him. And when she sees she cannot be rid of him, Erika decides she can have her cake and eat it to, as Walter becomes a pawn in Erika’s own games of psychological revenge.

It’s a complicated game, of course, that even Erika doesn’t fully understand. And this is just one of the many reasons Isabelle Huppert deserved her Best Actress award: she conveys a mix of emotion — anger, delight, fear, as well as the attempts to repress all of these sensations — to the extent most would find impossible. She and her provocative but intelligent director are equally responsible for making such a disturbing film about control, sexuality, repression, and psychological violence — a film so difficult to watch — a must watch.