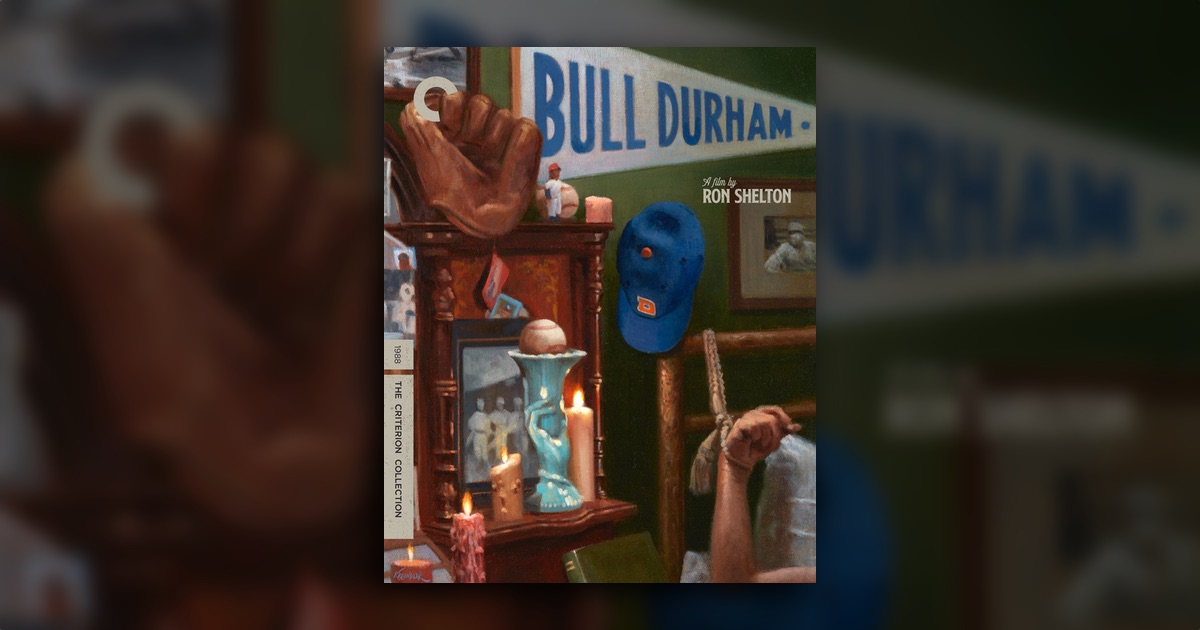 In a year when Major League Baseball is getting criticized even by its most loyal followers as being too boring, focused solely on home runs and strike outs, it’s nice to step back thirty years and to the minor leagues and remember that the up and down rhythm of baseball can be a way of life — can be life. When Ron Shelton’s Bull Durham opens, Annie Savoy, played by Susan Sarandon, says “There are 108 beads in a Catholic rosary and there are 108 stitches in a baseball. When I learned that, I gave Jesus a chance. But it didn’t work out between us. The Lord laid too much guilt on me. I prefer metaphysics to theology. You see, there’s no guilt in baseball, and it’s never boring.” That doesn’t mean it isn’t frustrating, disappointing, even cruel. But it can also be invigorating and beautiful. Bull Durham pulls us into this rhythm over the course of one summer’s season, thirty years ago. 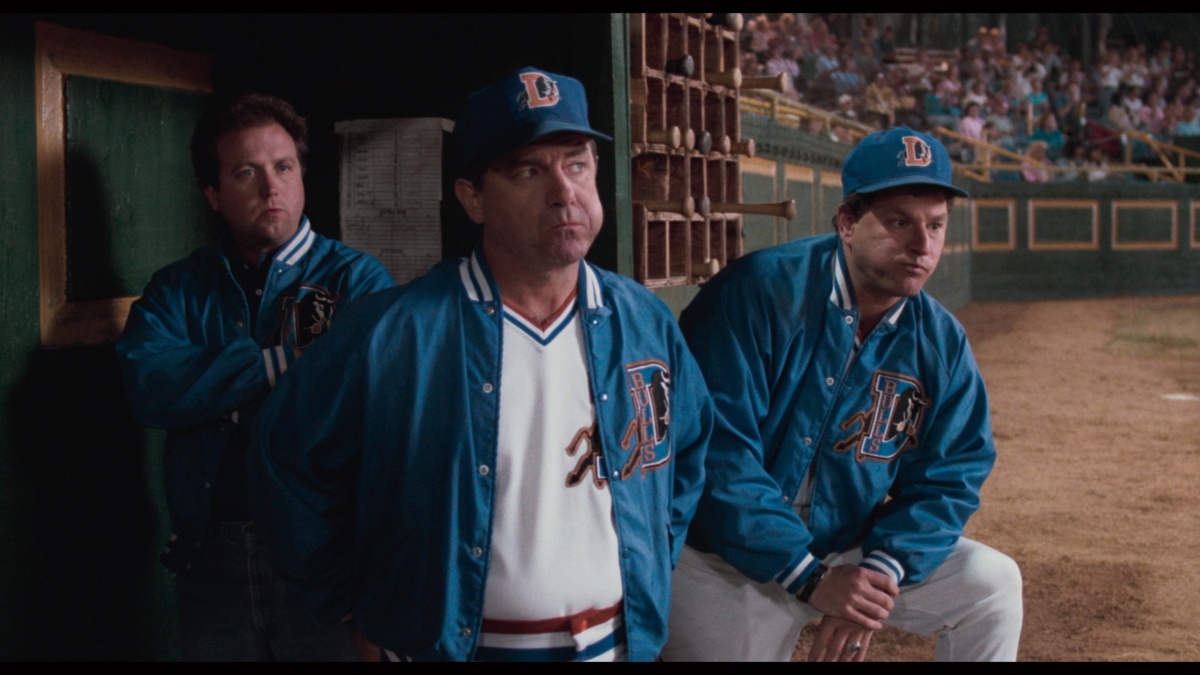 I saw this movie a handful of times, but before Criterion released it on home video earlier this year I hadn’t seen it in at least two decades. Is it the best sports movie of all time, which is where it ranks on Rotten Tomatoes? Probably not, but that doesn’t bother me. Though wary when I put it in the player, curious if I’d find it saccharine or overdone, I was very happy with my revisit.

In the film, the Durham Bulls is a minor league baseball team based in Durham, North Carolina. When Bull Durham begins, they have a new star pitcher with a rocket fast ball. This is Ebby Calvin “Nuke” LaLoosh, played with a cocky goofiness by Tim Robbins. 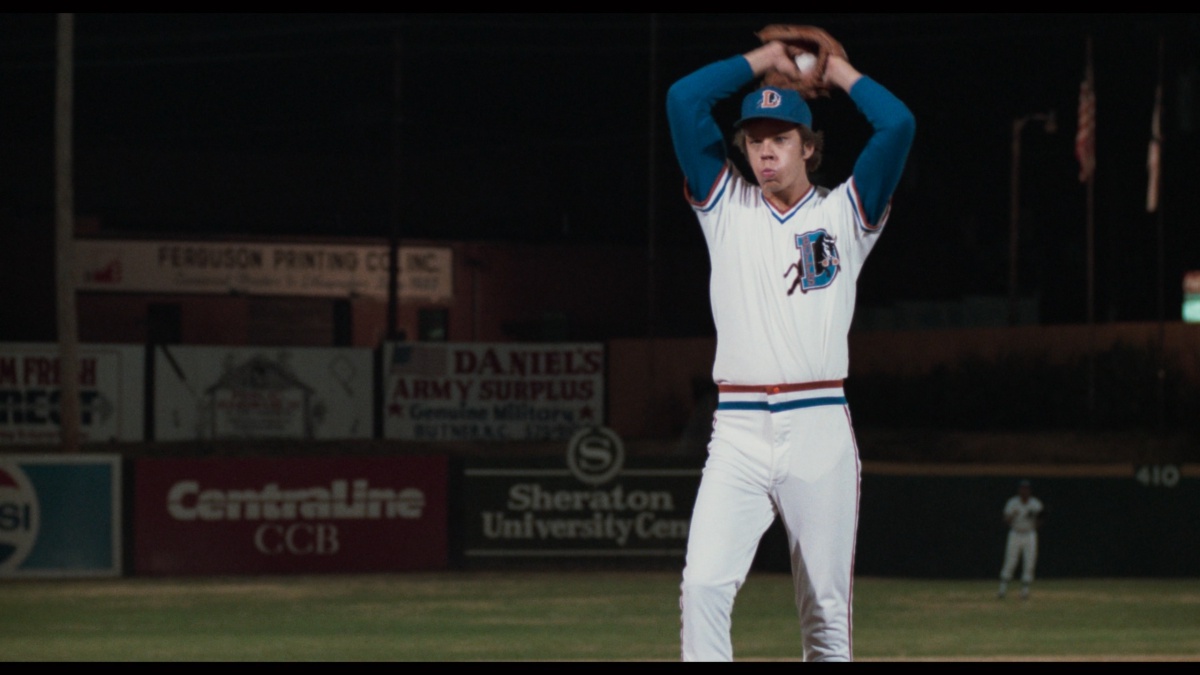 Nuke’s still a problem for the Durham Bulls, though; his fastball is only on (well, close to) target about 50% of the time. The other 50%? Everyone in the park had better watch out. 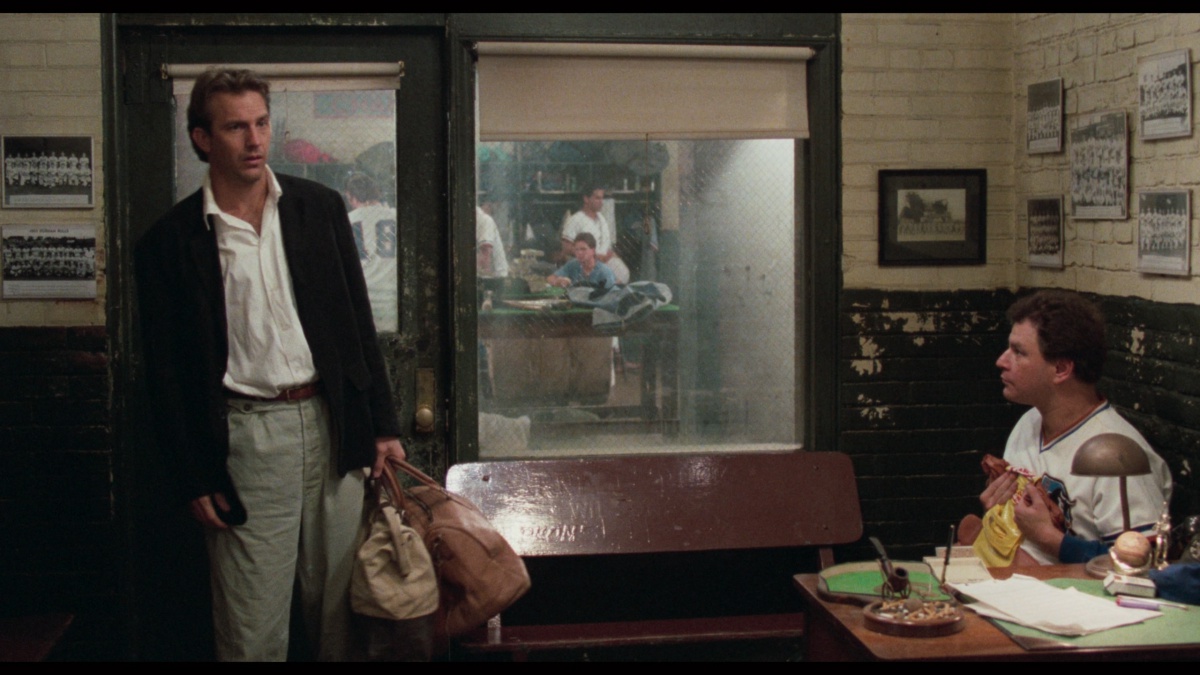 Crash resents the job at first. He knows why management values him — not for his talent but for his mind, and only to the extent he can reign in Nuke. He knows baseball. He loves it. But it will only exploit him.

Complicating the picture immeasurably is Susan Sarandon’s Annie, a community college literature instructor who really just wants to spend her time at the ballpark. As shown above, Annie is not interested in guilt or any relationships that might result in commitment. She wants the excitement of the baseball game. When it’s time for her to select which player she’ll “teach” this season, she invites both Nuke and Crash to her home. Crash walks out, too old to try out any more, and so Annie ends up with Nuke’s physicality instead of Crash’s intelligence. 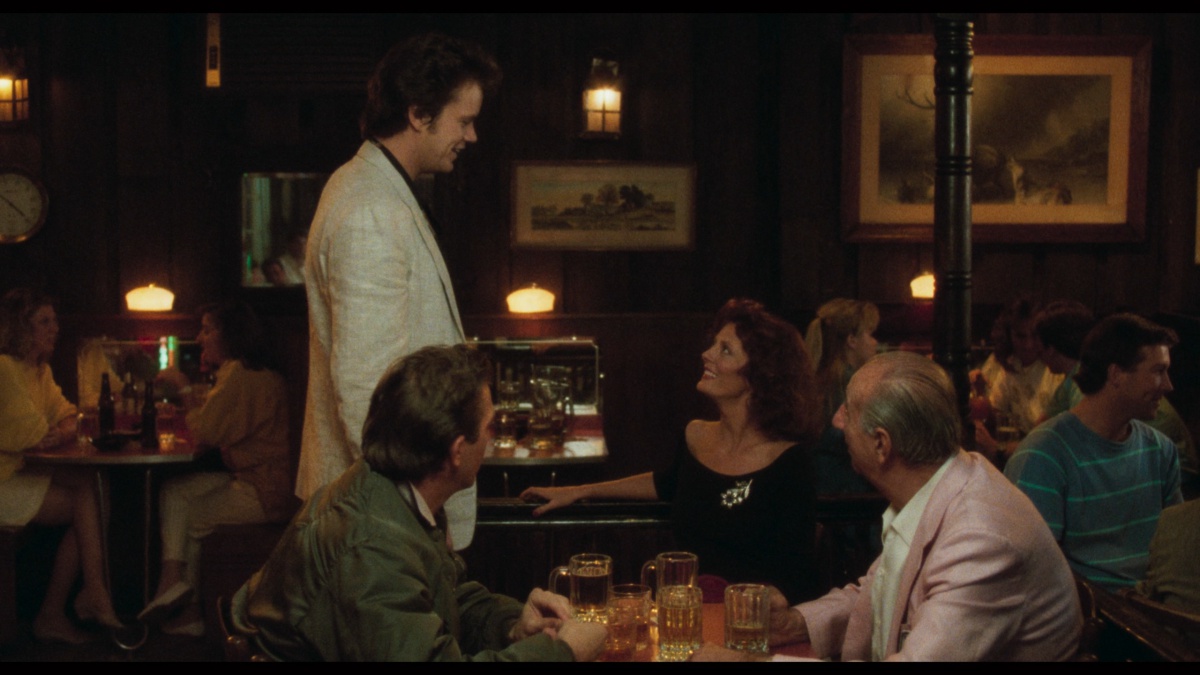 For his part, Nuke become teachable, and Crash takes every opportunity he has to bestow his wisdom as well as his jealous disdain. 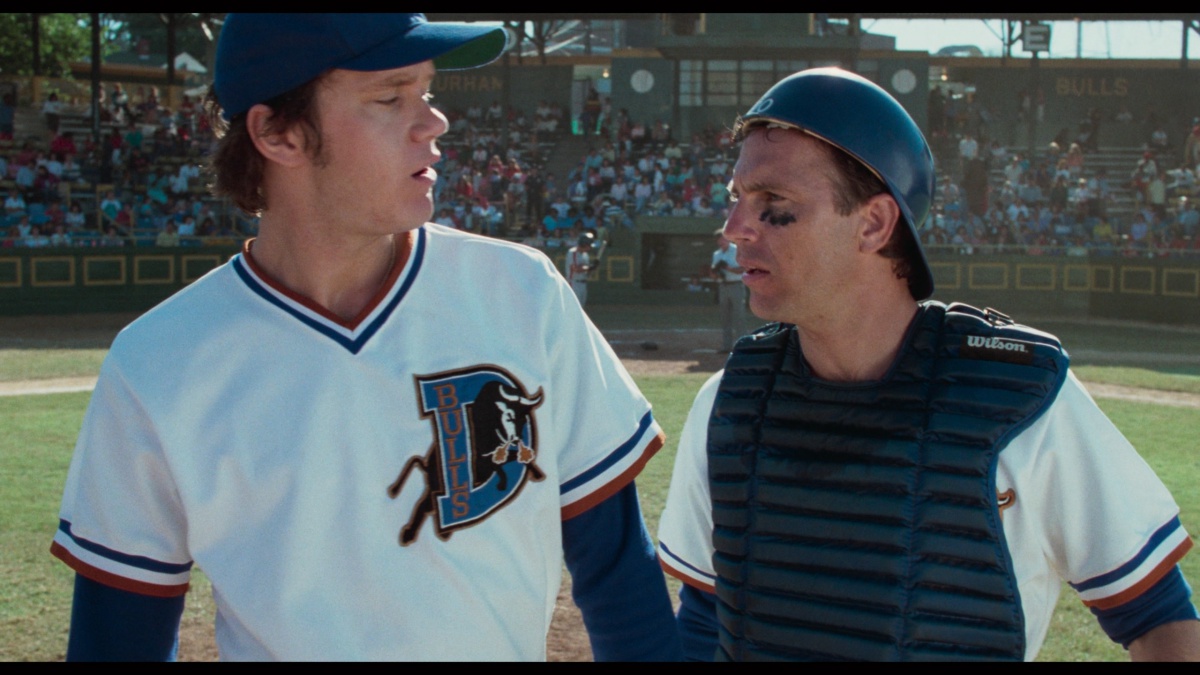 So, round and round the characters go, all living their very different lives, with baseball pumping the blood in their veins. The sport represents elusive promise of “making it” as well as the grind of the day-to-day. 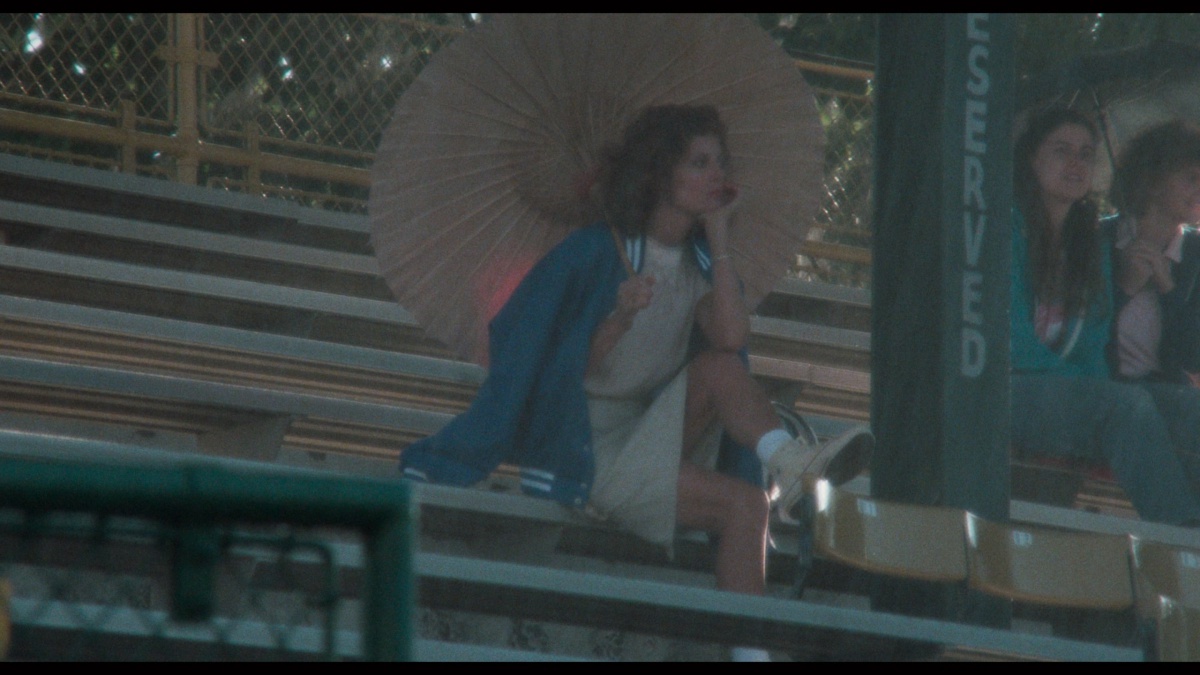 Shelton, who both wrote and directed the film, knows this world well, having himself played minor league baseball for several years before realizing he wasn’t going to make it to the majors. He knew what it was like to spend a monotonous year trying to impress a fickle bunch of scouts, going on road trips with a other players who become like family but who also, because they’re not good enough, remind you that your hope to get called up is foolishness.

And so he made a movie about that life, the one passing between the dramatic but fleeting moments of greatness in a game, the one that actually forms people these players become, the life they go home to at the end of the season or at the end of a career.

The film is often discounted, perhaps because it is also often so highly praised. But it’s both pleasant and stark in its exploration of lives situated just on this side of success.