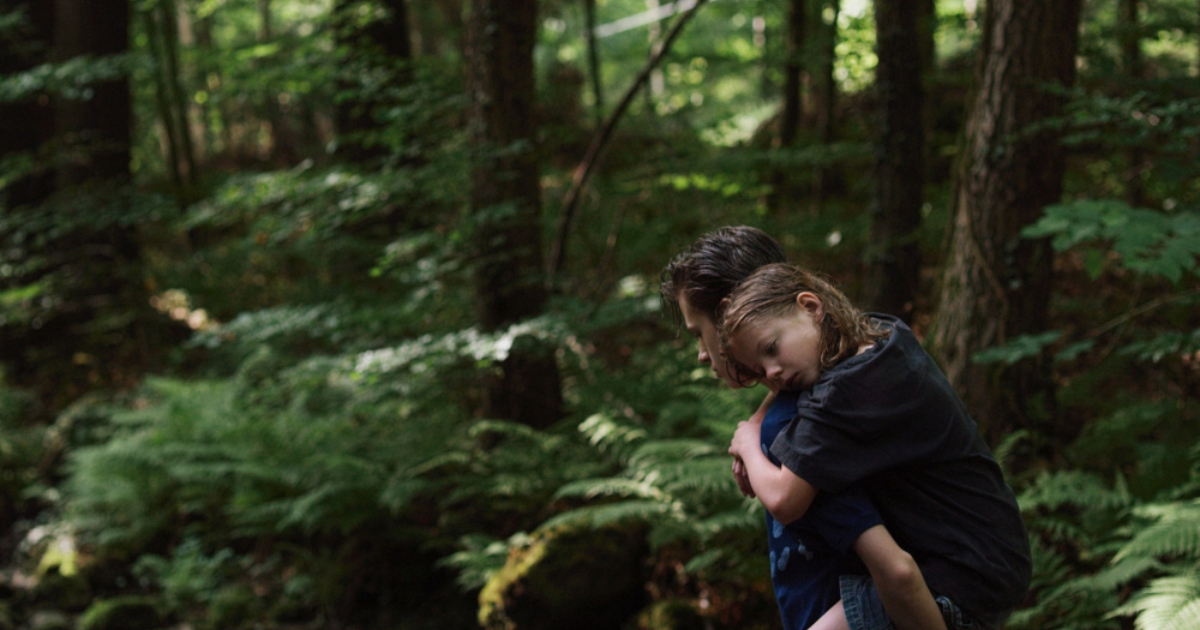 Despite being lauded as one of the most influential members of the groundbreaking “Berlin School” collective (opposite more well known directors like Christian Petzold), director Angela Schanelec hasn’t become quite the household name she rightly deserves to be.

A crafter of challenging, provocative and austere pictures, Schanelec has become a rapturously regarded name among the festival scene (we were quite smitten with her previous film, The Dreamed Path), yet with very few of her films available in any noteworthy quality here in the states, mass recognition has been hard to come by. Hopefully that will change, however, as the director has not only returned to the big screen but done so with arguably her best work yet.

I Was At Home, But… introduces viewers to Astrid (Maren Eggert), a middle-aged mother of two who is attempting to build her life, and that of her family, back up after the death of her husband. Over the span of the film we discover that the passing wasn’t so shocking (he had fallen ill and passed roughly two years prior to where we enter in the picture), but the grief no less lingers and has all but imploded in on the struggling family of three.

Life only gets more chaotic as one of her children, Philip (Jakob Lassalle), returns from what appears home after being considered missing for about a week, with a toe in need of amputation and some salty school officials waiting for him upon his arrival. It’s safe to assume that, despite being a couple years in the past, the wake of this familial tragedy is still very much on the mind of everyone directly involved.

However, this makes the film seem far too melodramatic. With emotional explosions seemingly around every corner (one scene set in the family’s kitchen in particular is almost horror-film like in its rawness and naturalism), that doesn’t do the film quite enough justice. Opening and closing on a prologue/epilogue involving a dog, rabbit and donkey, I Was At Home, But…, much like Schanelec’s previous films, owes a great debt to those of Robert Bresson. Quietly crafted with a focus on the senses, the film finds its beauty in its silent moments, its moments of reflection and introspection. Also clearly drawing influence from Ozu (Schanelec has been on record saying his film I Was Born, But has one of the more beautiful titles), the film is structured using static, almost impressionist frames of humane intimacy, finding these characters in seemingly everyday situations only made theatrical by an underbelly of grief that colors each and every frame of this film.

When the film breaks this pattern, as it does with say a ten-minute tracking shot of two people walking together after running into each other while shopping, the film comes alive in a decidedly theatrical way, a way that only goes to elevate the central emotion at the very core of Schanalec’s narrative. Afterall, Hamlet becomes a central part of the film’s plot, and the story of a young man responding to a father’s death does connect the two pieces at their very cores.

The film crescendos with a sequence scored to M. Ward’s shattering cover of David Bowie’s “Let’s Dance,” a scene that sees our lead collapse when face to face with the literalization of her grief, her fallen lover’s grave, and it turns on a dime into a flashback that becomes almost spiritually transcendant. Maren Eggert’s Astrid is absolutely incredible here, wearing her emotions just below the surface until they boil over into rage, sadness, anger and everything in between. It’s a lived in performance, a performance that feels in turns tender and entirely on edge, one that feels tactile and human. Jakob Lasalle’s Philip is quite great as well, with the relationship between he and Eggert’s Astrid playing as the film’s core narrative. Their scenes together are naturalistic and in many ways raw, while never losing sight of Schanalec’s influences both cinematic and theatrical.

I Was At Home, But… was one of 2019’s great festival discoveries, and is easily the first must-see film of 2020. A tender, profoundly moving portrait of grief and family, art and motherhood, the film is a formalist achievement that feels like a movement of true growth for one of today’s greatest filmmakers. A masterpiece, this film. A real masterpiece.