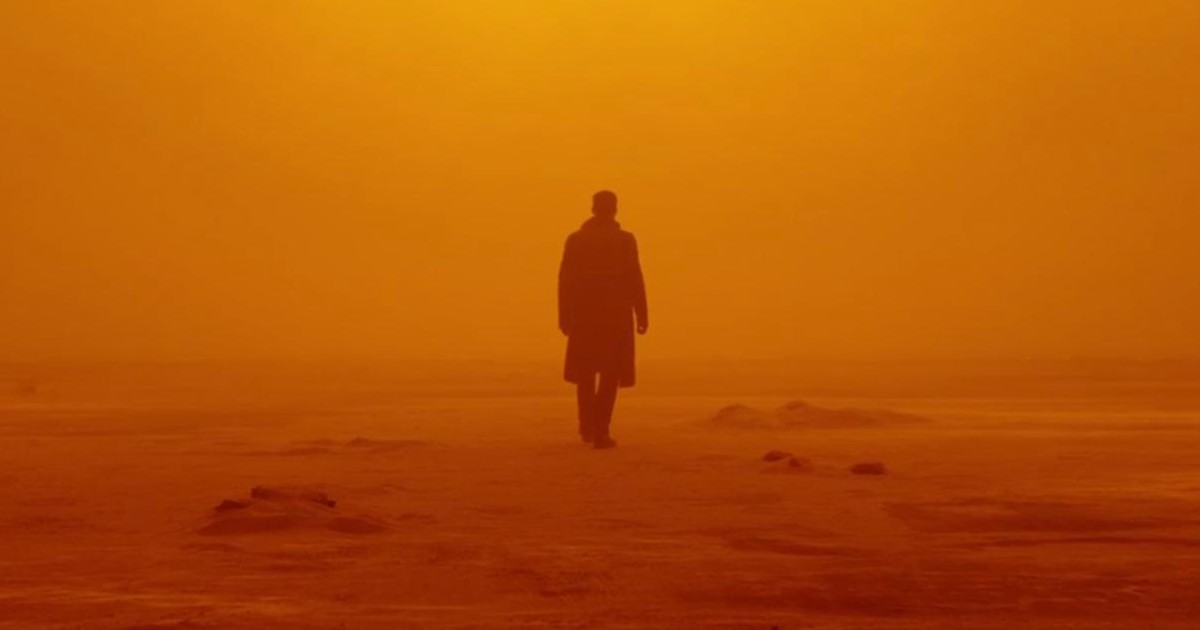 There are two types of people in this world. Show a person a photograph or a painting or a piece of modern art, and ask them to give you details about the said piece, and you’ll see what I mean. One person will tell you that there are two people in a painting, while the next will tell you that it’s a painting of a husband and wife in the middle of an argument. One person finds a connection to literal specifics, while the other draws connections to things that play on their senses. Director Denis Villeneuve is squarely in that latter group, for better and for worse.

Just look at his latest effort, the long awaited return to the Blade Runner universe, Blade Runner 2049. A moody, almost experimentally hollow follow up to Ridley Scott’s legendary future-noir masterpeice, 2049 is an almost three hour long meditation on humanity and what it means to be truly free, that is as gorgeous as it is thin.
2049 introduces us to K (Ryan Gosling), a member of the still-running Blade Runner division, a group of detectives set with the sole task of uncovering and “retiring” older versions of replicants, a line of human-like androids used for various things. On the trail of a replicant who has now taken to a quiet life of farming, K makes good on his duty to the LAPD, only to discover that this soldier-turned-farmer is housing more than just maggots and garlic. The film truly takes off when our lead discovers something hidden under a tree on the scene, ostensibly a casket of a female replicant who expired during child birth. That’s right, life has found a way in 2049, setting the film on a neo-noir story of life, humanity and what that all truly means.

Director Denis Villeneuve has become something of a polarizing figure in the world of hashtag Film Twitter. With his outspoken supporters, he has been seen as a second coming of filmmakers like Tarkovsky, blending grandiose images with heady themes, that have in turn turned off detractors who find his frames vapid and superficial. While yours truly has considered a majority of his filmography a grand success, this is a rather shocking misstep. That isn’t to say the images are gorgeous, they absolutely are. For its roughly 160-minute run time, there isn’t a single ugly frame here, driven by a director entirely assured in his own vision and a cinematographer in Roger Deakins who is at the very height of his powers.

The color palette for 2049 is one of neon hues and noir-esque contrast, with shadows and silhouettes playing a major role in the visual language here. Heavily influenced by the vision of the future set in stone by Scott’s previous film, Villeneuve expands upon this world, bringing to life a vision of the future that feels at once entirely of another world and yet weirdly in keeping with the logical evolution of humanity as we know it. From the giant projected billboards that interact with their surroundings to the Siri-like companions that have become a major part of not only home life but romantic life as well, the world of 2049 is tactile and lived in, despite being clearly influenced by science fiction stories post Blade Runner.

Deakins’ photography is a perfect companion for this world as well. A master of shadows and contrast, Deakins has reached new heights with 2049. From the burning oranges of radioactive Las Vegas to the uninhabitable grays of the city-turned-garbage-dump that is this film’s version of San Diego, each locale has its own look and feel, but not in a way that feels disjointed. The interior scenes, at least in the LAPD station and K’s home do feel ripped right out of the antiseptic interiors of Arrival, yet there are dialogue sequences like one between a returning Harrison Ford and the film’s big bad played by Jared Leto, that are truly unlike anything you’ve ever seen. From the ornate set design (something that is a shared feature between the two Blade Runner pictures) to the use of lighting, there isn’t a dull frame in this entire film. It’s simply an aesthetic marvel, on par with anything Hollywood has produced yet this decade. It’s truly groundbreaking.

And yet it’s unfathomably thin, to an almost admirable extent. Even down to the allusions, which are ham-fisted throughout the picture. Be it the insufferably self important monologuing of Leto’s engineer character or the weird inclusion of the brilliant but entirely out of place Nabokov masterpiece Pale Fire, the film doesn’t entirely know what to do with any of its influences or ultimately its intellectual musings. There’s a sex scene, for example, between Gosling’s K and Siri-like companion face-palmingly called Joi, that is at once perversely erotic in its visual execution and yet something Villeneuve doesn’t quite know what to do with intellectually. The details here don’t really matter, at least not in any way that adds up to much beyond a slightly rewarding twist in the very waning moments of this overlong slog of a science fiction picture.

Yet it is almost exhilarating how disinterested in theme the film is. If one removes the near pretentious musings about angels, you’re left with a relatively pulpy tale of what being human truly means set inside the body of a science fiction noir picture. It becomes a sensory experience, a film of tones and moods more so than specific narrative beats or winking Easter eggs. It’s sure to be a polarizing film, particularly for fans of the Ridley Scott classic, but as a piece of visual art, Blade Runner 2049 is one of the year’s best. As a piece of narrative fiction? It’s as full of heart and humanity as the popcorn kernels you’ll be eating to sustain yourself for the near-three hour run time. An odd duck, this film.