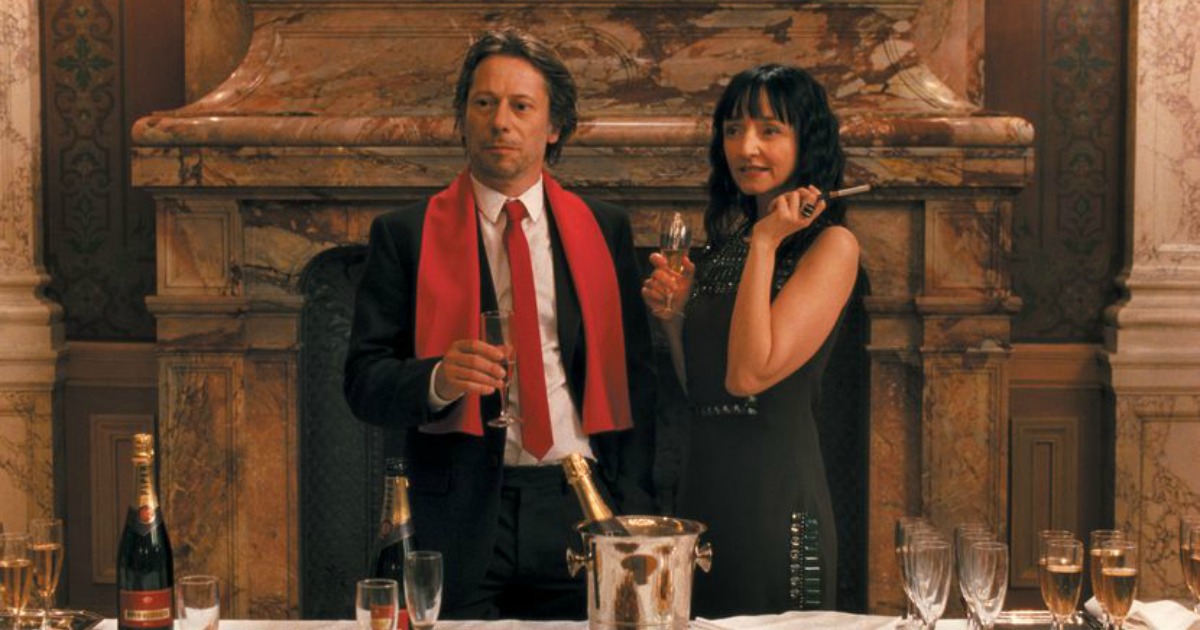 2017 may have just begun, but it already has its first superlative motion picture release. And no, sadly, it’s not the thirty-seventh (give or take) entry in the Underworld franchise. Instead, it comes from the art film world, and specifically one of world cinema’s most interesting directors working today.

After a little over a decade of finding niche pockets of support in niche pockets of film intellectual circles, 2014 gave director Eugene Green one of his most successful outings. The superlative La Sapienza in many ways introduced the auteur to a much broader selection of cineastes, and with actor Fabrizio Rongione once again by his side Green has made yet another skeletal, beautifully crafted drama.

Entitled The Son Of Joseph, Green’s film riffs on the nativity story, telling the story of a Parisian teen by the name of Vincent (Victor Ezenfis). Living with his single mother Marie, a nurse played by Natacha Regnier, Vincent seems to live a life surrounded by his uncertain beginnings. With his paternity unknown to him (his mother routinely tells him he has no father), everything he encounters seems to mock his clouded parentage. Even down to a local cafe named Father And Son, the world seems to be pointing him in a direction of discovery. On he goes to find his father, ultimately running into a well renowned literary publisher Oscar Pormenor (Mathieu Amalric), who is as talented a publisher as he is a Lothario and all around douchebag. Unsure of not only the number of children he has but their own names, Oscar is a scoundrel and seemingly the polar opposite of his brother, Joseph (the aforementioned Rongione).

Vincent and Joseph encounter one another, and over the course of the film they not only spark a friendship but find a connection with Vincent’s mother that concludes in one of Green’s most touching conclusions. Clocking in at just shy of two hours, Green’s latest film is one of his most dry and witty, finding humor in word play and subtle gestures. Be it Vincent’s friend telling him about a sperm bank scheme that’s “artisanal and ecological” or a fantastic performance from Mathieu Amalric as Vincent’s unbearable father, Green’s film is rife with subtle bits of dry humor that pair perfectly with his skeletal, almost architectural direction.

Green is far from world cinema’s most showy auteur. Raphael O’Byrne is the film’s photographer, and does a superb job, as does production designer Paul Rouschop. Embracing the religious and artistic themes of the film fully, Green’s picture is filled to the brim with theological and artistic allusions, many of which are literalized through title cards and the consistent return to a legendary painting. Caravaggio’s The Sacrifice of Isaac is at the center of the film, with it hanging in the young lead’s room, and from which he draws inspiration for his planned meeting with his father, whenever that were to happen.

Composed primarily of static shots, Green’s film is as quiet in its compositions as it is in its humor, with painterly tableaus making up a vast majority of the picture. Be it Vincent and Joseph bonding as they walk through a park or the young man hiding under his father’s bed as he becomes privy to his affairs and everything else that makes his life an absolute mess, Son Of Joseph lacks much of the show of modern French filmmaking, feeling closer to the recent works of director Hal Hartley than that of say Arnaud Desplechin. There’s an interest in wordplay over showy aesthetics that is absolutely captivating, playing like mid-career Godard if instead of Marxist revolution the French icon had an interest in architecture and parentage. That all said, it’s also deeply empathetic. The scenes between Joseph and Vincent are warm and engrossing, ultimately making the film’s final coda emotionally profound in a way previously inconceivable for a film this understated.

A beautiful and unshakable meditation on family, art, love and religion, Green’s Son Of Joseph may lack the artistic punch of La Sapienza, but it is no less singular and truly exciting a film. Almost Bressonian in its use of silence and subtle gesturing, Green’s film is one hell of a way to start off what will hopefully be a banner year for film. At least that’s something to hope for from 2017.