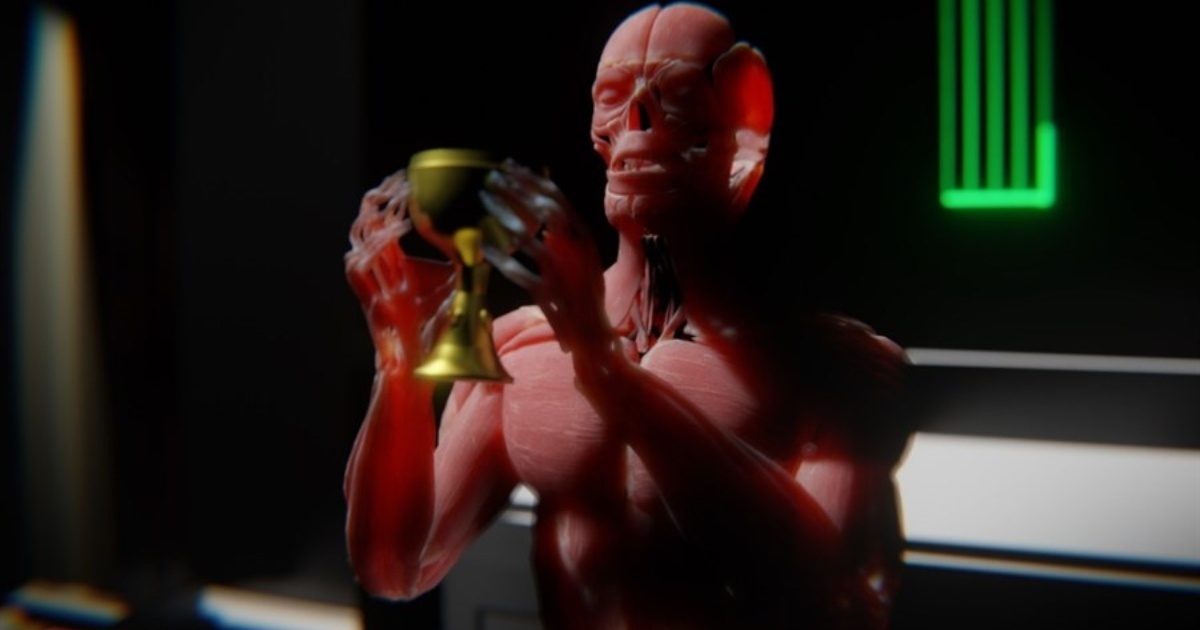 If we as a culture and society have learned anything over the last handful of years, it’s that the topic of conspiracy theories is more than just fodder for the very darkest of spots on the internet. Be it the rise of “fake news” in the political landscape or the exponential increase of conspiracy theories circulating around not just the aforementioned spots on the dark web but throughout popular culture writ large, these lies and pieces of misinformation are not just hard to decipher but hard to argue against when the time comes for it.

However, maybe that’s due in large part to a lack of empathy in each half of that argument, something that filmmaker Rodney Ascher (Room 237, The Nightmare) has a seeming never-ending well of. With his latest film, A Glitch In The Matrix, Ascher returns with maybe his most accomplished and provocative film yet, a rumination on one of the more confounding and strangely enthralling conspiracy theories around: simulation theory.

What is simulation theory you may ask? Well, to make a long story short it’s the belief that each and every one of us are currently living in a simulation, being controlled by beings just outside of our sight. Starting viewers on this journey through a lecture given by legendary writer Philip K. Dick in the 1970s, Glitch then launches viewers into a series of stories and conversations about the theory, its history, the ease with which it can draw people in and the ease with which it can rot, corrupting those susceptible to its “red pill” ideology.

In the film’s darkest sequences (and maybe the darkest sequence in the entirety of Ascher’s filmography), Ascher introduces viewers to Joshua Cooke who in 2003, at the age of 19, brutally shot and murdered his parents in their Virginia home. Seemingly taken with the core tenants of simulation theory, Cooke would, each day, repeatedly watch the legendary film The Matrix, increasingly believing that we are all ostensibly living within that construct. Believing himself to be Neo, he’d don the iconic black trench coat, and go about his day finding power in the visage he was putting out into the world. Told through harrowing animation and even more upsetting first hand recollection from Cooke himself, this sequence is inarguably the film’s strongest, most unsettling sequence, and proof positive of the power Ascher’s film carries with it.

Not all the musings here are this bleak, however. In speaking to the real power of the film, Ascher’s modulating of tone is really quite impeccable. Throughout the film, Ascher converses with various believers, most of whom are manifested using 3-D motion capture to turn each respective person into an avatar of sorts, the very type of otherworldly being that they themselves, in the abstract, think themselves to be. For example, Ascher seems to take a liking to one Brother Laeo Mystwood, a man who found a “breakthrough” when he began running numbers on the type of “coincidences” that most people toss off as dumb luck. There’s a bit in the film, during his introduction, where he begins discussing how he runs on a 12 day week and would run a spreadsheet of each strange occurrence that would happen to him. This is a sequence that may be a bit of a comic digression, but in Ascher’s hands it’s strangely charming. As are the other avatars we encounter, all given time to talk about their journey to this theory and why it has hold of them. These reasons can range from the seemingly dismissable to the weirdly charming, but they’re all given relative support by a director who seems sincerely taken with their conviction. Not to say he believes these people. It’s more a sense of compassion or empathy, the same empathy that Ascher gives the crackpots musing about impossible windows in Room 237 or the terrifying sincerity given to the men and women suffering from sleep paralysis in The Nightmare.

It also helps that the film’s impossibly mature in its direction as well. Yet another step forward for Ascher the director, Glitch is a lively bit of non-fiction film making, a film that feels at once completely in step with the futurism at the core of its narrative and also oddly at odds. Ascher uses various conceits, be it cyberpunk animation or simple sourced footage of people like Elon Musk standing as the sole outlets for anything resembling real ire out of the filmmaker. He’s also interested in how this pertains to mass culture, another tenant seen throughout his filmography. Viewers become privy to how this idea has been seen in films ranging from Dick adaptations like Blade Runner or A Scanner Darkly, with The Matrix taking up large sections of the film. However, the centerpiece of the film is again the story of Joshua Cooke. This is a sequence of incredible violence, incredible brutality. Ascher rightly doesn’t lean completely in to the ghoulish nature of the story, instead giving it a haunted atmosphere, almost as if viewers are caught inside a first person shooter video game, unable to break free of what increasingly feels inevitable. It’s haunting and haunted, a ghost story if there ever was one.

One of the best docs of Sundance 2021, A Glitch In The Matrix is now available in theaters and on demand via Magnolia Pictures