While browsing Facebook this morning, I scrolled across this quote (from The Atlantic) in a pan review of the new Disney release Maleficent: “At once overblown and under-baked, the movie is a morally and tonally confused collection of sequences that never cohere into a compelling story.” The writer’s clear intention is to sound a note of warning to would-be viewers that they should either avoid the film entirely (or wait until it’s available in a cheaper format) or at least be prepared for disappointment, should they insist on seeing the would-be summer blockbuster, released just as the school year is wrapping up and families are looking for movies they can all enjoy together.

The thing is, that dismissive line could be (and in paraphrase, has been) applied just as fittingly to Post Tenebras Lux, a film with admittedly different aspirations and target audiences than Maleficent. The 2012 magnum opus (to this point in his career, at least) of Mexican director Carlos Reygadas, while not universally praised and beloved by all who’ve seen it, has still been enthusiastically embraced by a significant vanguard of opinion influencers who constitute the cinephilic critical mass. Despite generating a chorus of boos and whistles upon the film’s debut, he won the Best Director prize at Cannes, along with four other major festival-circuit awards and several nominations for his efforts here. As a counter-balance to that acclaim, he’s also been the target of much scorn and derision from viewers who saw the same exact film. As much for his work as for his public persona, Reygadas has been tagged with labels like “pretentious”, “indulgent” and “smug”, regarded with suspicion as a talented but condescending provocateur who succeeds more at stirring up controversy than in forging a genuine avenue of communication with his audience.

It’s that confident tone of his, when (with what seems like feigned reluctance, given his verbosity on the subject) Reygadas offers quotable insights on his goals, that must be especially appalling to his detractors.  He seems oblivious to the problems that his style of directing presents to many viewers, especially those who’ve seen the film with an open mind, given it a chance to connect with them, maybe even found much to admire about the powerful images Reygadas constructs and captures, but who remain unconvinced that this dispensing with conventional narrative continuity is a new direction in cinema worth pursuing. Rather than concede the point of his critics (which hardly seems like a realistic expectation in any case), he goes to great lengths in making the case that this film was sincerely conceived, precisely constructed, and respectfully executed for the sake of his viewers. Many of the negative reviews I’ve read, and my own initial response after watching it for the first time, indicate just the opposite impression is being made: that Post Tenebras Lux is more or less a cynical inside joke, slapped together almost randomly that stops just short of openly taunting and mocking the more gullible members in the audience.

You can read some of his explanatory defenses in this article from The Guardian and in this interview he gave to Slant Magazine when Post Tenebras Lux had just finished its run at Cannes. One who has just exited the theater with an unsettled case of WTF syndrome is generally not in the mood to endure such lofty platitudes of self-justification from the inflictor of such discomforts. It’s enough to elicit a quote from the film itself that boomerangs back on its creator with exquisite poignancy from those who found it a waste of their time: “What a load of bullshit.”

Or another option for decoding the film is to listen to Reygadas for yourself, assuming you have 45 minutes to devote to that task. (His PTL comments begin around the 23:10 mark.)

(This is the point in a review where I think some kind of summary of what the movie in question is “about” ought to be entered by now, if not much earlier. But I am loath to provide a summary of what happens. Those who have seen it don’t really need a recap and those who haven’t are advised to just go in cold if at all possible. I hope it’s sufficient to note that Post Tenebras Lux touches on topics relevant to a global audience – sex and death and love and money, thunder and lightning and commerce and violence, the indifference of nature and the minutiae of family life, our tendencies toward addiction and our powerlessness under the pressure of class struggles, our music and memories and dreams and desires and paralyzing psychological hang-ups and the need for escape and reconciliation, the frustrations associated with failure and poor communication and ambitions that remain stifled and unfulfilled after we realize that we’ve run out of time to do the things we want to do and the things we know we need to do but keep putting off until it’s too late.)

All of this background information is perhaps just a way of lowering expectations for whenever it is that I get around in this essay to pronouncing my verdict on the film. (Which I’m still deliberating in the background of my consciousness while my fingers tap out this string of words.) This writing assignment, drawn as a result of my on-a-whim agreement earlier this year to participate in the 2014 White Elephant Blogathon*, most certainly pressed me into further, deeper, profounder contemplation of Post Tenebras Lux than I would have otherwise felt necessary after a cursory partaking of the film via Netflix just to see what all the hubbub was about. Under such circumstances, I doubt that I would have pressed on through with a series of repeat (usually partial) viewings over the past two months or so since I took it in for the first time earlier this year. As Reygadas assures us, the content of seemingly disparate, unrelated scenes placed in the particular sequence of his film does indeed make more sense in retrospect.

That’s especially the case when we understand the deeply personal connections to his own experience that Reygadas wove into its textures – the use of a toolbox that belonged to his father, scenes shot in his childhood and adult homes, casting his own very young children as actors (naive to the significance of their performance though they may be), references to his dreams both past and present, the unflinching rawness and vulnerability of his insistence on self-exposure. For those whose sense of propriety sets the bar higher than he does when it comes to modesty and personal discretion, there’s little in the way of an informational or emotional payoff that will make it worthwhile for them to lower their standards in order to endure the grandiose gestures of frontal nudity, explicit sex, gory suicide or cruelty to animals that randomly erupt in between all the mundane conversations and perambulations through urban and jungle environments. For those who simply don’t see a reason to care all that much about what Reygadas has to say, the extra effort required to make these connections in order to craft a comprehensible “message” is too high a price to ask of those who turn to movies for either light-hearted amusement and escape or more serious forms of cognitive gratification that come from stories more reliant on familiar narrative structures and cinematic vocabulary.

Having voiced all those disclaimers, I still regard Post Tenebras Lux as an extraordinarily successful realization of what Reygadas had in mind when he made the film. Certainly his own responses in those interviews indicate a high degree of self-satisfaction! And he’s brought home enough hardware to vindicate his decisions. The ongoing debates and controversies over the film also seem likely to encourage more of the same in his future creative endeavors, so it will be fascinating to see what he does as a follow-up. For my purposes, the movie is more of a marker along the way of what cinema is becoming than a benchmark of this era that I will return to and recall fondly based on its own merits or the sublimity of meaning that I drew from several weeks of close observation and consideration. There are many impacting moments of superb visual beauty, startling effects that leave a lasting impression in my memory (at least for now – we’ll see how those impressions hold up over the long run). As a cross-cultural document, I suppose it’s helpful for me to know a bit more about what’s going on in Mexico these days and I’m glad we have someone chronicling that experience with a well-informed, world class aesthetic.

I don’t think a film like this could have been made without the portable fluidity and luminous clarity of today’s high-resolution digital media technology – both sound and image are marvelously enhanced by these tools, giving us a sense of immediacy and immersion in the scenes that we’d never get with traditional film cameras. That novelty of feeling and perception is a tremendous asset that the director utilizes with tactile, intuitive skill. In his willingness to aggressively challenge the traditional boundaries and methods of how films are structured (and in the process, challenging viewers who might not have been fully prepared for the encounter), Carlos Reygadas does indeed introduce new refractions of light into what had previously been the darkness of cinematic possibilities yet unexplored. Still, I don’t think it’s necessary to piss off viewers and leave them feeling befuddled, offended and exploited in order to create compelling, lasting and great works of art. And an artist has every reason to expect that his heartfelt expressions will be written off as trivial wankery if he persists in hewing so close to his personal experience as the source of his material. That’s especially true if he has yet to give the general public little reason to be curious about his autobiography. Maybe in the circles that Reygadas travels in, he’s come to believe that the idiosyncracies of his personal experience are compelling enough to demand our attention, but at this point, he comes across more like a person who got really really high and is just eager to find someone to talk to about what an intense psychedelic trip he had the other day. My response to that is something along the lines of “That’s cool for you, bro, but hey we’ve all had our share of those moments. What makes yours so much more interesting than mine?” I believe that future films capable of reaching a broader audience with more satisfying results will build upon the breakthroughs achieved in Post Tenebras Lux.

* To be honest, I was expecting something a lot goofier than the title I drew, but that’s cool, I’m good with it, and I’m willing to play along again next year! 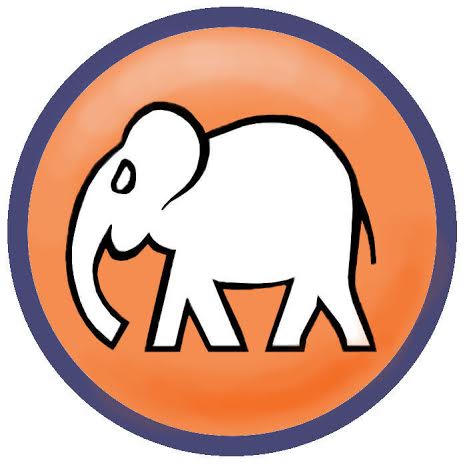