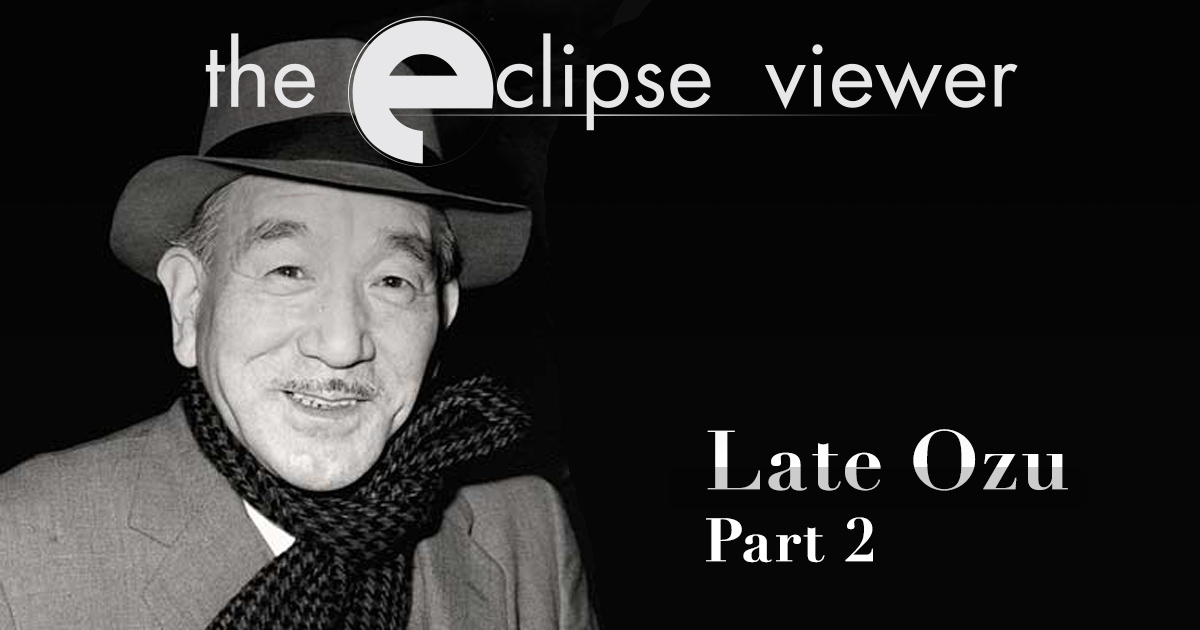 This podcast focuses on Criterion’s Eclipse Series of DVDs. Hosts David Blakeslee and Trevor Berrett give an overview of each box and offer their perspectives on the unique treasures they find inside. In this second episode of a three-part series, David and Trevor are joined by Matt Gasteier to discuss the first three color films  directed by Yasujiro Ozu: Equinox Flower, from Eclipse Series 3: Late Ozu, along with Good Morning and Floating Weeds. released as spine-numbered editions in the Criterion Collection.

Master filmmaker Yasujiro Ozu directed fifty-three feature films over the course of his long career. Yet it was in the final decade of his life, his “old master” phase, that he entered his artistic prime. Centered more than ever on the modern sensibilities of the younger generation, these delicate family dramas are marked by an exquisite formal elegance and emotional sensitivity about birth and death, love and marriage, and all the accompanying joys and loneliness. Along with such better-known films as Floating Weeds and An Autumn Afternoon, these five works illustrate the worldly wisdom of one of cinema’s great artists at the height of his powers. 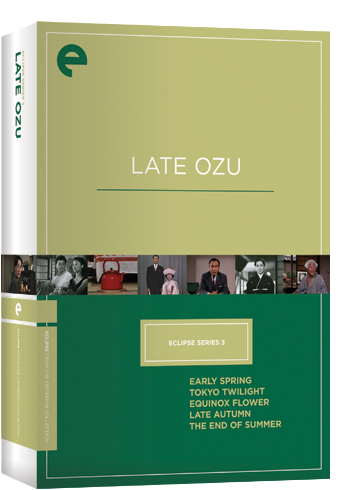 Next time on the podcast: Eclipse Series 3: Late Ozu [Part 3]