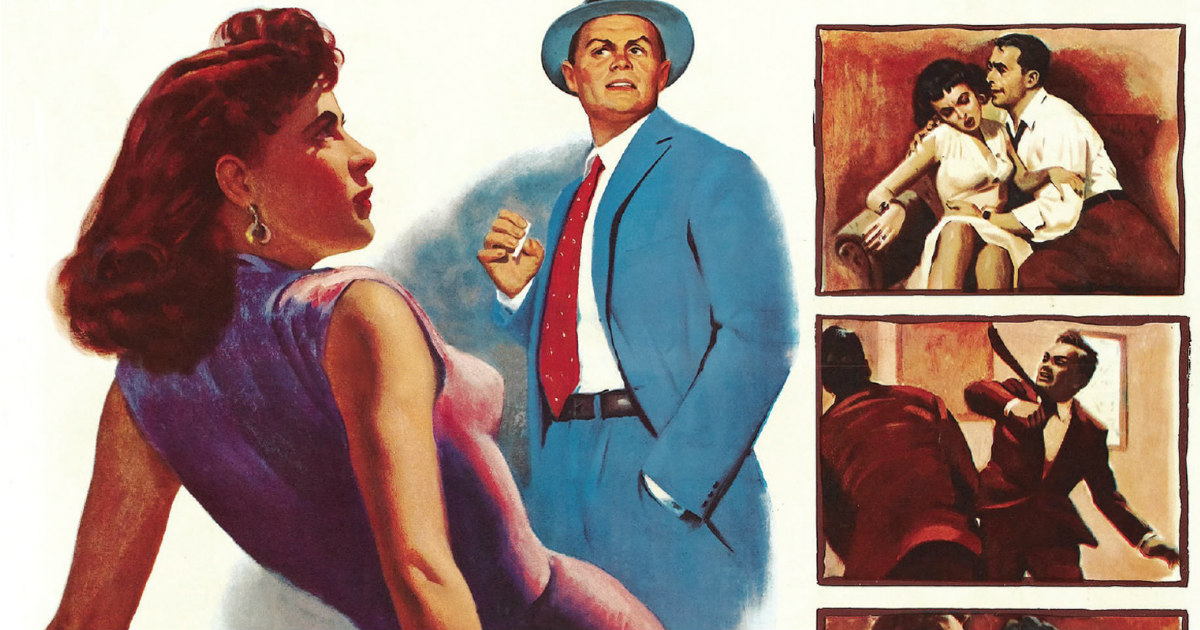 In so many of the discussions (recorded and written) that accompany Masters of Cinema’s new Blu-ray edition of Pickup on South Street, the critic finds some way to make apologies for the fact that not all of the film was shot on the streets. In fact, very little was. Then as now, New York is an unpredictable animal, difficult to harness in a medium that so predicated on reliability that the entire industry surrounding it moved across the country just to ensure the sun would always be out. But studio-set production is not antithetical to Samuel Fuller’s “whole thing.” He’s not the gritty realist perhaps even he’d like to be, even viewing his films in the context of the times. Fuller is more like a political cartoonist without a punchline. He has cleverness to spare, but no jokes. More importantly, his style of expression is dependent on exaggeration; reality is his foundation, but not his master.

Richard Widmark stars as Skip McCoy, a slick pickpocket who lives in a shack on the waterfront. He keeps his beer in the drink, to use the parlance of the times. But one day on the subway he picks the wrong purse; this dame’s carrying Commie secrets! Not a terribly political man – few characters in the movie actually are – he sees a good opportunity to sell the secrets back to the desperate spies for a healthy living (I’m no expert on the value of a dollar in 1953, but I’d imagine $25,000 could set you up pretty well). The dame in question, Candy (Jean Peters), is about as classy as her name implies, but she turns out to have more than enough integrity to fill the space. She’s just trying to do right by her steady flame, Joey (Richard Kiley), without knowing just the sort of racket she’s mixed up in. The cops, headed by Captain Dan Tiger (Murvyn Vye), most definitely know, and scarcely a scene goes by without the revelation that they or the FBI are close at hand. 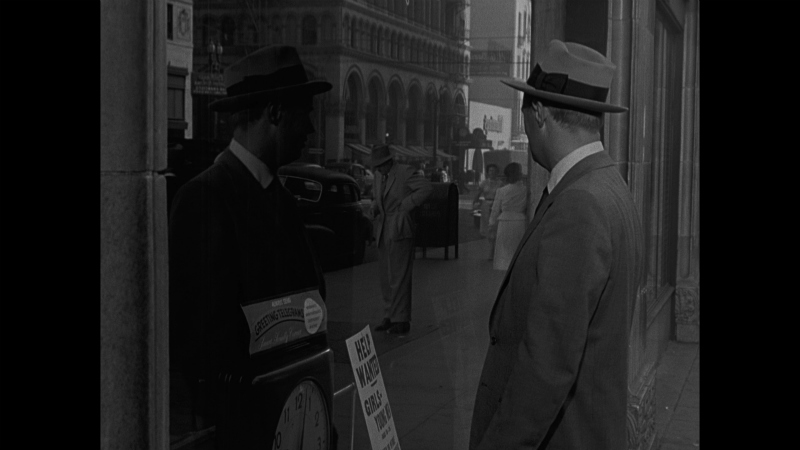 Moe (Thelma Ritter), who splits her time selling ties on the street and tips to the cops, is mixed up in all this, not entirely by choice. She’s trying to put away enough money for a nice funeral, a common goal for older, unwed women in films of the era. But she’s tired. Thelma Ritter basically always played Thelma Ritter, but that character has yet to grow tiresome or less compelling. Thelma Ritter, the character, is a beleaguered but strong, sassy but empathetic woman who’s seen it all and probably had quite a time of it in her youth, left only to care for – to varying capacities – a succession of younger people who rely on and admire her, while usually not treating her terribly well.

So yeah, it’s a Sam Fuller movie. It trades in ideals without being idealistic, it exploits the gritty reality you read about in the headlines without sacrificing the romance of the silver screen, and it’s just a touch more audaciously pulpy than even this then-disreputable genre would typically care to venture. When Skip kisses, then slaps Candy around, neither feels put on – he’s really that into her, and he really dislikes the both of them for it. In most films of this type, the criminals are constantly worried about the police coming for them. In Pickup, Skip laugh with relief when it’s just the cops who bust down his door. There are far more dangerous forces out there. When a brawl erupts, the actors don’t seem to be pulling their punches; it really looks like they’re being thrown around a room or a train station or wherever. You can feel the sweat and blood. It’s uncomfortable and ugly. And really exciting. 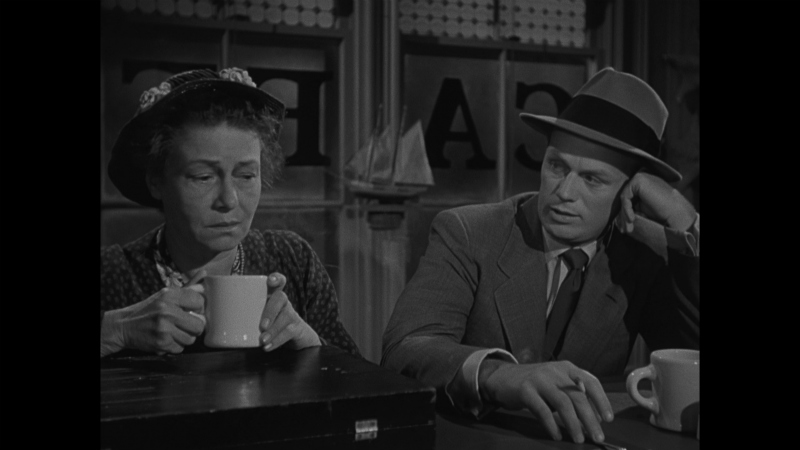 Especially because Pickup is such a dirty, grimy, nasty picture, I have some reservations about its new presentation on Blu-ray from Masters of Cinema. It appears to be sourced from a master created by its studio, 20th Century Fox, similar to the types of transfers they’ve utilized for A Letter to Three Wives, Forty Guns, and Wild River, among others. They’re all a little too scrubbed for my taste, presenting a very uniform look by bringing its best aspects down rather than raising the worst aspects up. Pickup is a little too gray in most parts, though the night scenes certainly deliver on the darkness (and, perhaps because of their more-obviously-eye-catching nature, tend to look better all around). Grain comes and goes, never that strongly; it’s sharp enough. It’s a fine, serviceable transfer. (screencaps courtesy of DVD Beaver)

Masters of Cinema duplicate one extra from the Criterion edition – an excerpt of the French series Cinéma Cinémas, in which Fuller discusses the development and production of the film as scenes play. Fuller is an incredibly entertaining interview, and this whole thing is stellar, but it’s really all worth it to hear him say, in reference to Fox studio chief Darryl F. Zanuck’s interest in the story he proposed, “So he began getting a hard-on! That means, an erection!” Even better is a half-hour freeform discussion of the film, Fuller, noir, and whatever else comes to the mind of film critic Kent Jones. Jones is among the smartest people writing about films these days, so really any chance to get him to speak about any aspect of it is a can’t-miss, and instantly turns this disc into a must-have. More disposable, for most cinephiles, is François Guérif’s discussion of the roots and development of film noir. I’m glad it’s on there, for a younger audience who might not be as familiar with its roots and how it came to be identified, but for most fans, this is familiar ground. MoC, as always, includes an excellent booklet, this time with an essay by critic Murielle Joudet and an excerpt from Fuller’s autobiography (of which, between their various Fuller releases, we must own a pretty good chunk by now!).

For many, this disc is a no-brainer. Pickup on South Street is one of the most beloved films from a legendary director, working within what is now the most accessible, exciting genre of its time. Masters of Cinema have not taken that for granted, though, providing a selection of truly worthwhile supplements to complement its release. The transfer, though perfectly solid, is a bit of a letdown, but such is the state of things when studios are calling the shots.