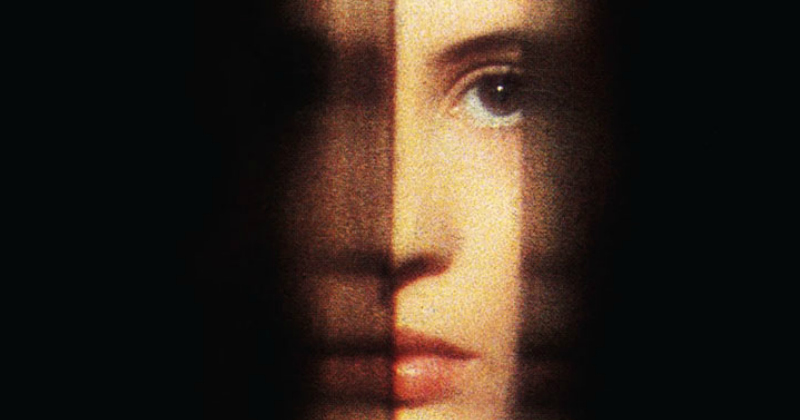 Is there a filmmaker better-suited to the classic Dr. Jekyll story than Walerian Borowczyk? In the five films (and numerous shorts) Arrow included in their box set last year, he again and again returns to the idea of people having two sides – a socially-acceptable, even enviable face they put to the public, and a sordid private life in which they commit all manner of sins. Unlike so much of Western fiction, this license to transgress was not granted exclusively to men, either. His women were often capable of much worse. Fitting, then, that his version of this story, which shares only the premise with Robert Louis Stevenson’s novella, should include a woman in its title. All the more daring that this woman should be based, at least in name, on Stevenson’s own wife.

Like Borowczyk’s The Beast (or the even more-disturbing “Erzsébet Báthory” segment from Immoral Tales), Dr. Jekyll and Miss Osbourne takes place over a single evening. Various family members and other people of significance have gathered at the home of Dr. Henry Jekyll (Udo Kier), as he’s formally announcing his engagement to Miss Fanny Osbourne (Marina Pierro). There is much discussion of culture, science, art, and society. Bread is broken, disagreements laughed about. For a 90-minute horror film, the discussion seems indulgent. But soon enough, the whole party goes to hell. A young girl is raped and murdered. A similar fate befalls a young man. The gruesome nature of their deaths suggests something with the desires and focus of a man with the physical capability of some sort of animal. Miss Osbourne follows her suitor to a secret room, and sees something no fiancee should see. 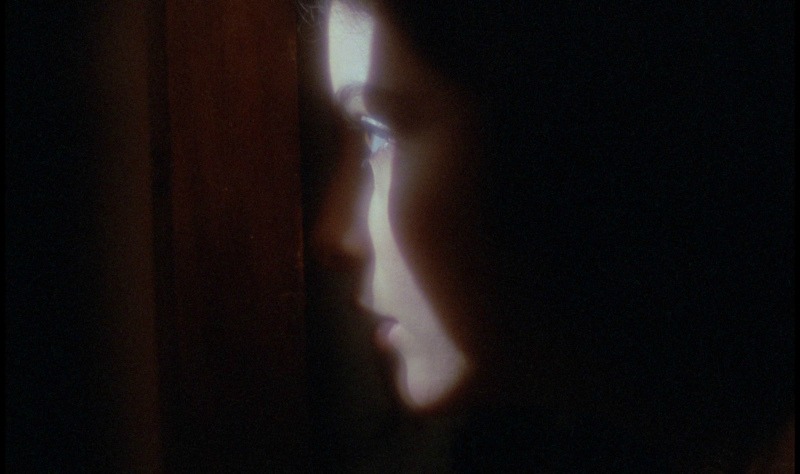 This is it – after the rush of excitement, innovation, and perhaps even insanity that accompanied Borowczyk’s shorts and first feature (Mr. and Mrs. Kabal’s Theatre), his acuity seemed to gradually dissipate, unable to support itself within the apparently-constrictive confines of narrative cinema, scrambling wildly for some combination of pornography and widgets to liven up things. Not here. This is a filmmaker who understands his vices and wields them towards greatness. Sure, you still have a young woman beg to be sexually dominated by Mr. Hyde while she taunts her father, but there’s a perspective here. Even the most despicable acts in Immoral Tales were greeted with a sort of “well, what can you do?” shrug, while the sex scenes in The Beast are astonishingly amoral, the filmmaking completely disengaged and free of any true direction. Not so with Dr. Jekyll and Miss Osbourne, which revels in the savagery, inviting the viewer in before shoving their head into the sewage of its soul. The performances are disgustingly severe, taking sick pleasure in making you watch. The camera is tightly-focused on their misplaced pride, their worship of sin. Borowczyk’s nastiness is not confined merely to what’s onscreen, but how he shows it. The entire house seems to be slowly consumed in this evil; it leaves none alive, but the good die first.

The question then becomes, how evil must one be to survive this carnage? How much must we surrender our humanity, even our souls, to live in a world ruled by madness? The answer isn’t as simple as “letting women in on the fun.” But marriage is a joining of two souls, ideally two suited for one another. Some may watch their husbands turn to beasts and be depressed; others might ask if they have any left over. 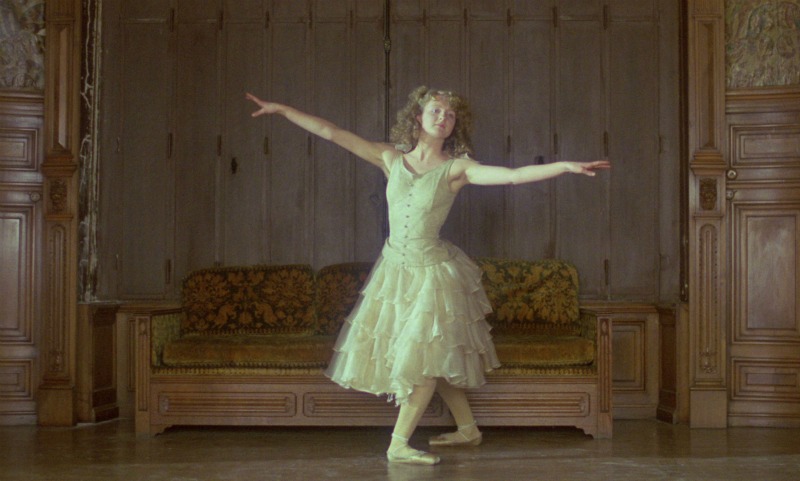 Arrow Video has treated The Strange Case of Dr. Jekyll and Miss Osbourne very well in bringing it the Blu-ray, not unexpected after their landmark box set but welcome all the same. This is being released as part of their new dual-region initiative, so you can buy essentially the same disc in either the U.S. or U.K., and either way, you’re in for a treat. The transfer has a very pleasing “soft” look to it that doesn’t sacrifice clarity or strength in contrast, but just feels very natural to shooting stocks of the era. Noel Very’s cinematography evokes classical painting styles – a little “blurred,” a little high on the contrast, but utterly gorgeous. Arrow has beautifully preserved all of that.

Supplementally, this is another stacked disc to add to your Borowczyk shelf. Daniel Bird has assembled a hell of an interesting commentary track, piecing together old interviews with Borowczyk and many of his collaborators. With the number of languages spoken, it will require actually sitting down and reading for the most part, but it’s smartly assembled so as to never get dull or leave much dead air. There’s also an interview with Pierro, a great introduction by Michael Brooke (maybe a bit redundant for those who have gone through Arrow’s old set, but worthwhile to make this stand alone), a video essay by Adrian Martin and Cristina Alvarez Lopez, and really, an insane amount of other stuff. Interviews, short films, featurettes…hell, there’s a commentary track on the trailer for the movie. I’d previously said that their shorts and animation disc was the Borowczyk disc to have, but Dr. Jekyll and Miss Osbourne may have topped even that. This is a truly exceptional release for one of the most surprising, startling, and refreshing films I’ve seen all year.

Written By
Scott Nye
More from Scott Nye
An absolutely beautiful film about the endless quest to find oneself.
Read More