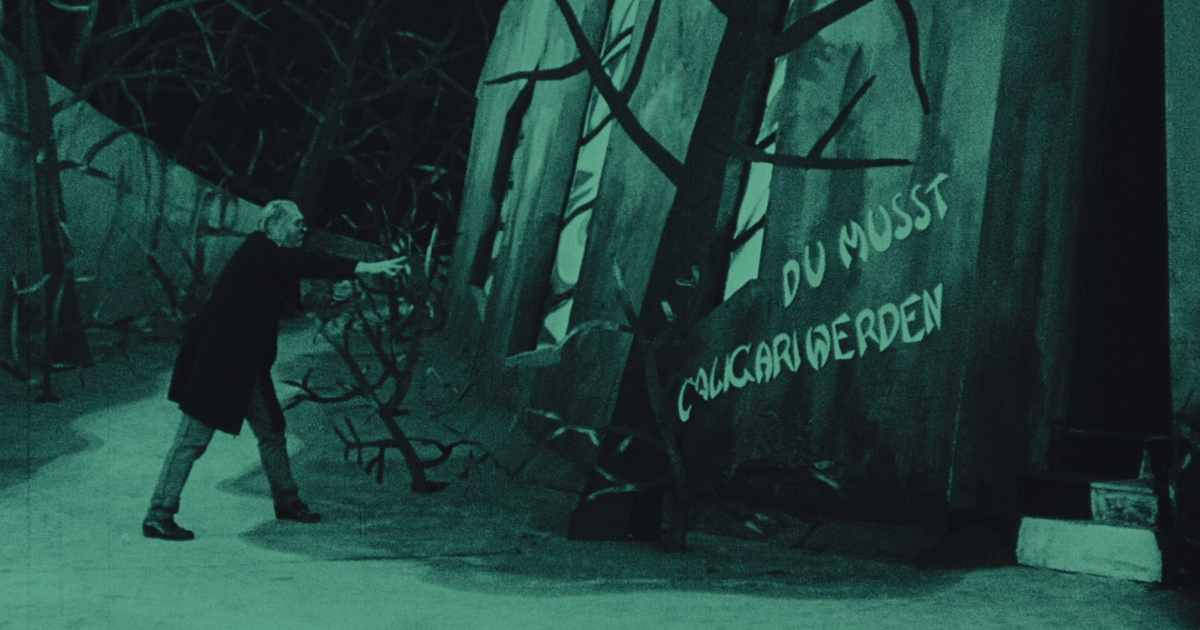 For a long time, I looked at The Cabinet of Dr. Caligari the way many view Easy Rider – undoubtedly a landmark film in its time and place, uncommonly influential, and an incredibly bold artistic statement, but one that is nevertheless a little dull as actual cinema goes. In both cases, a new Blu-ray release helped me see the light. Or lack thereof, in the case of a certain expressionist landmark.

These sort of reviews are customarily formatted to first discuss the film, then the technical aspects of its presentation on the disc, then any supplemental materials. All those elements are too interwoven to my experience of the film to make much use of separating them. The presentation is immaculate, fully restoring this film (nearly its 100th birthday!) not to the point that it looks like it was made yesterday (what would be the point of making a 1920 film look like a 2014 film?), but bringing us back to the day after it was made. The texture is extraordinary, giving long-lost dimension back to these ancient images and heightening the visible detail inside its many shadows. The clarity is breathtaking. In several shots, I could see the famously-artificial sets give a little bit under the weight of the actors. The tactile reality of this unreal nightmare is more potent than ever. 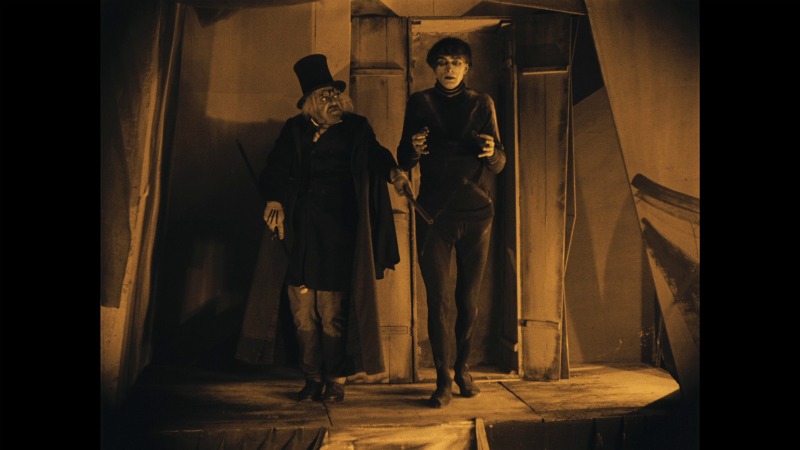 This is, after all, a film that lives or dies by its visual design. To have that at all impeded is to encroach on the film itself. But whereas I tossed that off in the first go-around as a similar experience to a Tim Burton film – gorgeous to look at, but with precious little actual filmmaking – upon rewatch, Wiene’s shot-to-shot accomplishment here is marvelous. I think especially of the scene in which Cesare (Conrad Veidt), a sleepwalker under the spell of the villainous Dr. Caligari (Werner Krauss), kidnaps the picture’s damsel, Jane (Lil Dagover). The scene is built on classical suspense – Cesare sloooowwwwlyyyyy approaches Jane as she sleeps, building our desire to scream out to warn her with each step. When he cannot bring himself to kill her, he grabs her and runs off. Her screams wake the neighborhood. The chase is on!

This would all be plenty exciting in and of itself. But this entire sequence is structured inside of another scene of Francis (Friedrich Fehér), our hero, who was shown telling this entire tale at the beginning of the film, observing Caligari through the doctor’s window. But if this was all essentially coming from Francis’s recollection, how does he know what is happening to Jane? The cinematic texture, showing Francis observing Caligari and leading to the scene of Cesare capturing Jane, suggests that Francis is somehow seeing into Caligari’s mind, into his telepathic control. Unlikely though it might be from a literal perspective, thematically and emotionally it is thrilling. 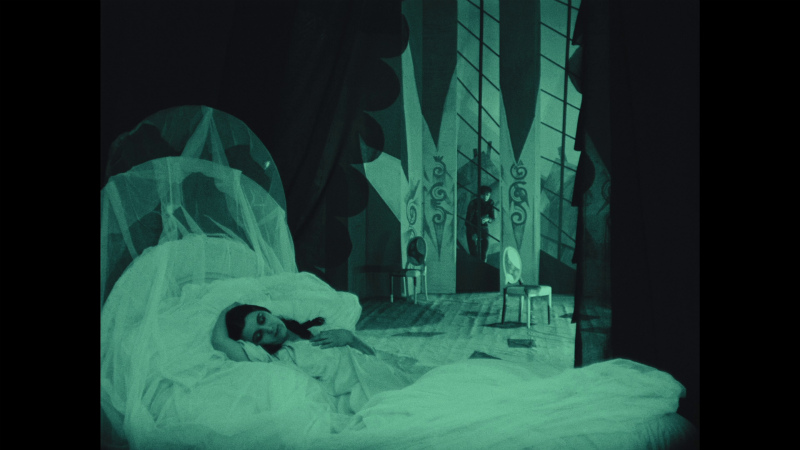 This Blu-ray would be completely worth owning just for access to another astounding 4k restoration by Friedrich-Wilhelm-Murnau-Stiftung (who really do the best work in restoring silent cinema), but Masters of Cinema have rounded it out with a collection of robust supplements. First and foremost is David Kalat’s commentary track, which, like all of Kalat’s, is thoroughly steeped in the film’s production and cultural history (Caligari‘s is way more complex than I ever would have expected), eventually culminating in a rather grandiose reading of the film that, even after listening to tons of the man’s tracks, I wasn’t sure if he could pull off, but damn if it isn’t quite the intriguing claim. To discuss it here would be to discuss the film’s infamous ending, so I will leave it to readers to discover for themselves.

After that, a video piece by David Cairns goes over many of the same historical points as Kalat, but, at a tight 15 minutes, still complements it nicely. MoC also ports over from the German edition a featurette on the film’s restoration and a truly spectacular, hourlong analysis of the film in the context of post-WWI Germany, and the extent to which it incited a whole new movement within German cinema. Included in the film are a bevy of clips from films by Lang, Murnau, Wiene, Lubitsch, and several others I didn’t recognize but am extremely eager to discover. They also feature HD clips from some films included in the Lubitsch in Berlin set, making me hope that MoC might consider upgrading that already-wonderful package at some point down the road. 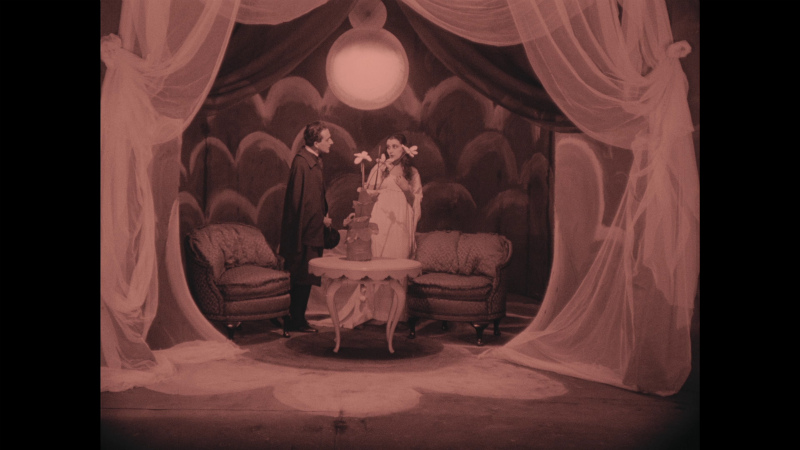 Topping it off is a booklet featuring an essay by Lotte Eisner and a review of the film that appeared in Variety upon the film’s initial release (which, amusingly, gives away the entire story; “spoilerphobes” simply didn’t exist in the golden age of cinema).

Masters of Cinema is steadily building up a very impressive roster of German silent cinema, utilizing jaw-dropping, gorgeous restorations and assembling really intelligent people to discuss them. The Cabinet of Dr. Caligari is indeed about as big as they come in that arena, and the label has gone the extra mile here, including more thorough supplements than any other release of this film worldwide. For fans of the film itself, there’s no question of ownership, but for those who are just starting to dip their toes in the waters of the era, this film is not only a natural starting place, but the hourlong documentary they’ve included provides an exceptional overview of everything else that you’ll soon be dying to see. 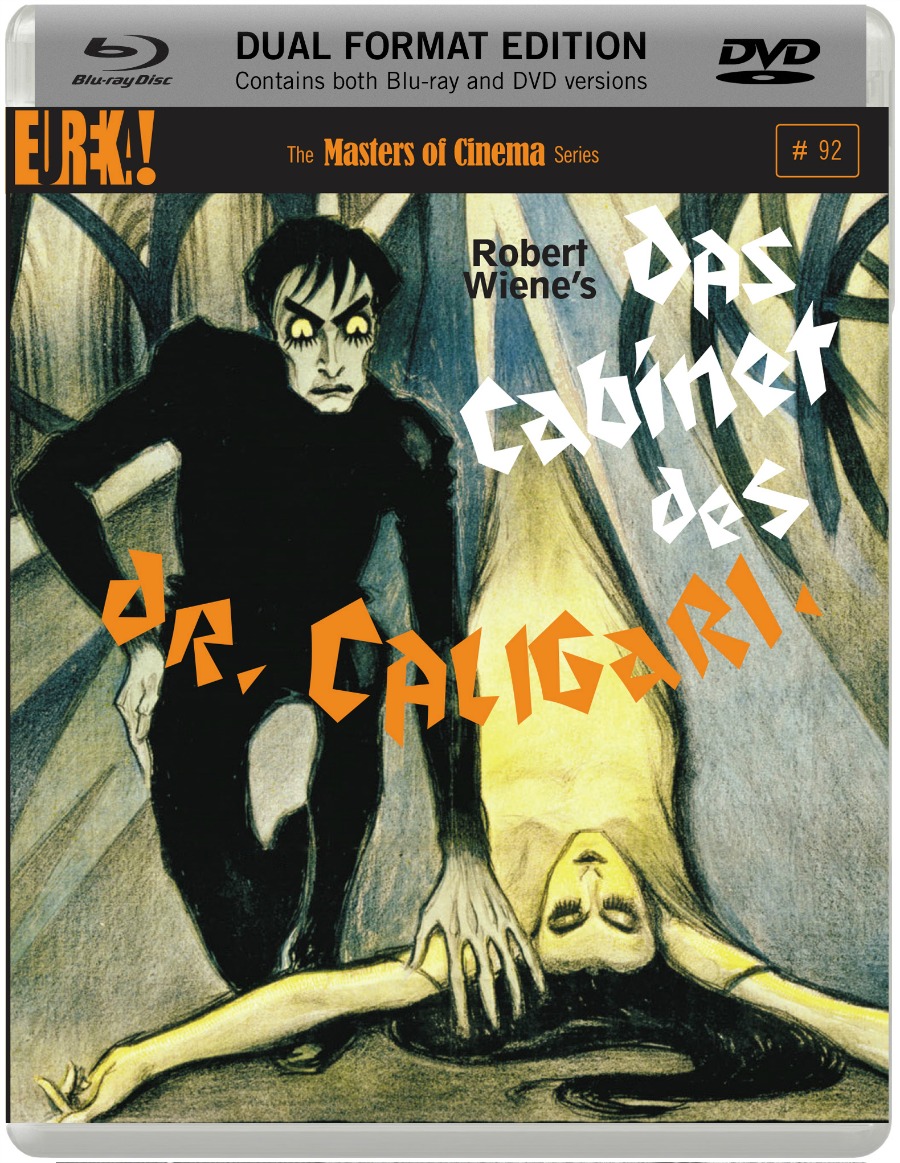